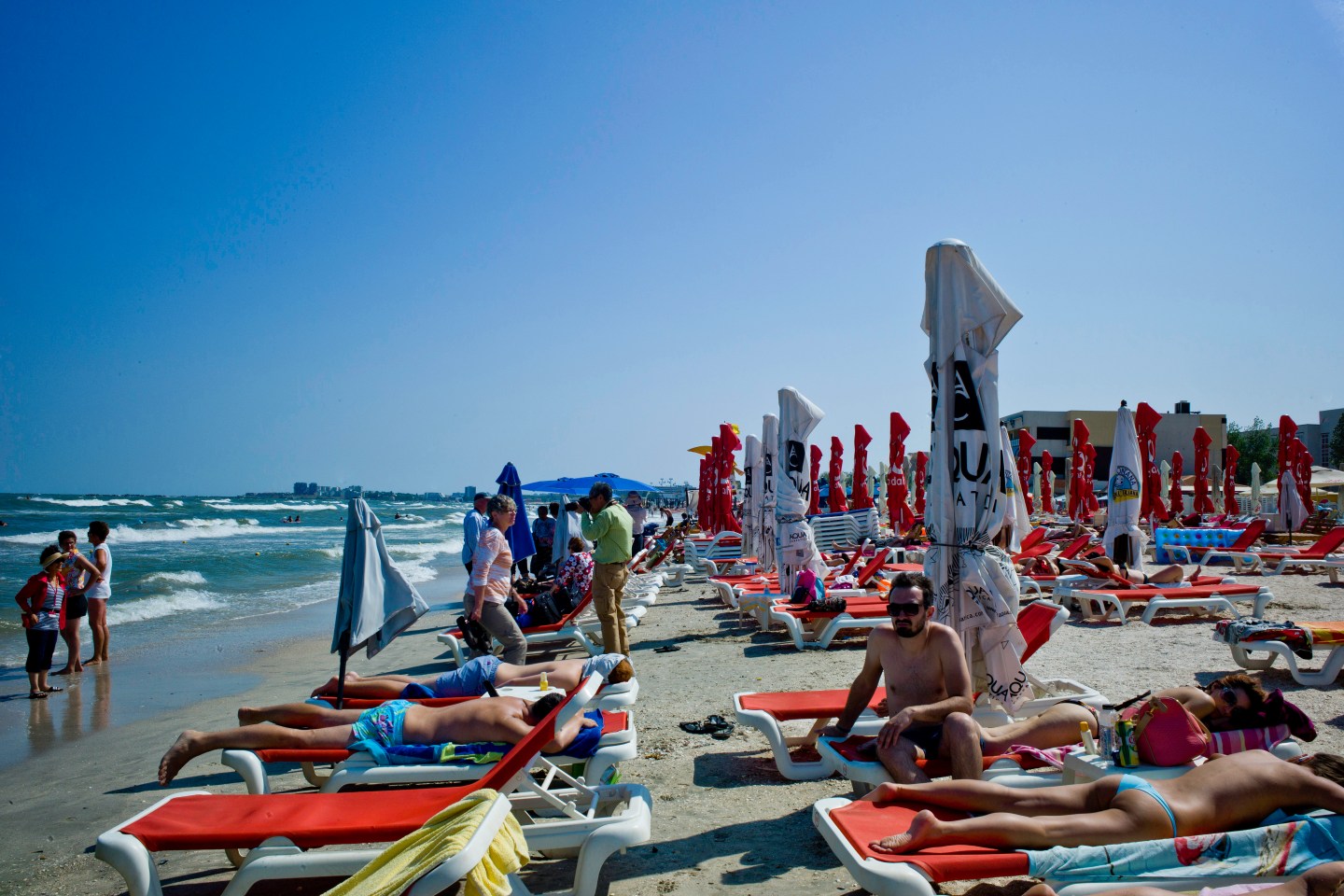 Uber is taking private jet reservations through its ride-hailing app again for the first time in more than two years.

The on-demand taxi company made a splash in 2014 when it announced that customers could use its app to order an UberJET to fly them from Paris to the Cannes Film Festival. Since then, though, the UberJET service has largely been grounded, save for a contest this past winter where winners could score a personal flight to ski destination Aspen, Colo.

Uber’s on-demand helicopter service, UberCHOPPER, has been more active, flying customers to the Coachella music festival and to the Sundance Film Festival. And on Memorial Day weekend last month the company offered a separate flight program called UberAIR from Boston to Nantucket—but it wasn’t on-demand service like that which Uber is known for, as passengers couldn’t book a ride on a specific jet.

Now UberJET is returning on Saturday, offering bookings for its second destination after Cannes: Constanta, Romania—a city on the Black Sea at the edge of the Eastern European country. Situated as a hub for the seaside resorts lining Romania’s coast, Constanta and the surrounding beaches are a popular summer escape from the capital city of Bucharest. But as the 140-mile journey can take four hours by car in traffic, Uber is betting that Romanians would rather fly there, especially this weekend, which is a long weekend in Romania, with banks closed on Monday for a religious holiday.

Bucharest is one of Uber’s fastest-growing markets in Central and Eastern Europe, the company’s general manager for Romania, Nicoleta Schroeder, told local publication Business Review. “With Bucharest residents heading to the seaside for the long weekend, we’re excited to offer a way for them to get to Constanta and beat the traffic,” an Uber spokesperson tells Fortune.

Uber is only offering the route this Saturday, June 18, flying from Bucharest to Constanta for 500 Romanian lei ($124) per person, and shuttling passengers to the nearby beach resort town Mamaia. The price is a lot cheaper than UberJET’s flights to Cannes in 2014, which cost $8,930 for a total of four passengers, or about $2,233 per person.

This weekend, Uber may also find it picked a particularly good time to offer a getaway trip, as Romania’s soccer team is playing Albania on Sunday in its third game of the UEFA Euro 2016 championship, a match that will be a huge spectating event across the country.