Snapchat’s Rumored Camera Glasses Could Be Hiding In Plain Sight 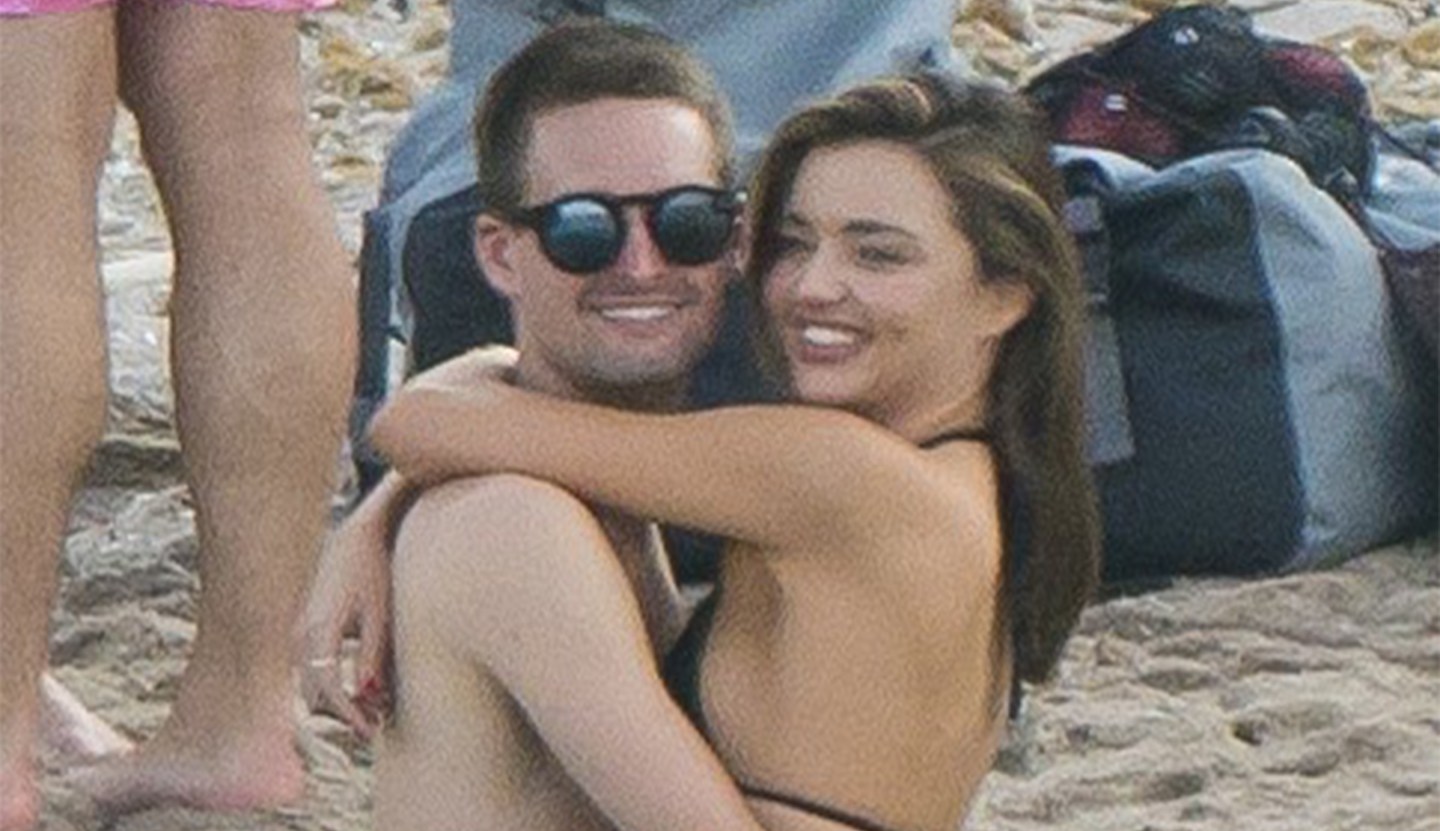 *PREMIUM-EXCLUSIVE* ** RESTRICTIONS: ONLY UNITED STATES ** Corsica, FRANCE - **MUST CALL FOR PRICING** **USA ONLY** *EXCLUSIVE* *SHOT ON 8/13/15* Corsica, France - Miranda Kerr and Evan Spiegel display their love during a romantic trip to Corsica, the Aussie babe was all smiles, showing off her famous body in a two piece black bikini while Snapchat founder Spiegel kept it colorful with patterned trunks. Kerr and Spiegel were willing to show off their new romance with a little PDA, they been dating since June. They were first spotted kissing at a bar inside a restaurant in Venice, Calif. There’s more to Evan Spiegel and Miranda Kerr than meets the eye. Not only is the Stanford University dropout a social media mogul, but he’s also well-off. Forbes named Evan as the world’s youngest billionaire. It also helps that the entrepreneur comes from a wealthy family, as both of his parents are well-established lawyers. Both Evan’s mom and dad have degrees from Harvard and Yale. AKM-GSI August 18, 2015 **USA ONLY** **MUST CALL FOR PRICING** To License These Ph 08/18/2015 Copyright © 2014 AKM-GSI, Inc. To License These Photos, Please Contact : Maria Buda (917) 242-1505 mbuda@akmgsi.com or Steve Ginsburg (310) 505-8447 (323) 423-9397 steve@akmgsi.com sales@akmgsi.com
Photograph by AKM-GSI

The joke is on us, apparently.

Snapchat’s rumored camera glasses have already been out in the wild, worn by none other than co-founder and CEO Evan Spiegel, according to a recent report by Business Insider. In August 2015, Spiegel was photographed by paparazzi while on vacation in Corsica with his girlfriend, and he was reportedly wearing an early prototype of the glasses in those photos.

In the photos, Spiegel’s round glasses appear to have a small camera on each side of the frames. The glasses, which have thick dark frames and round lenses, look fairly similar to those developed by Vergence Labs, a startup whose acquisition for $15 million by Snapchat was made public through emails leaked when Sony was hacked in late 2014.

Snapchat, which began in 2011 as a fun ephemeral photo-sharing app and quickly gains a huge following among teen users, has apparently been ramping up its hardware efforts. In March, CNET reported that the Venice, Calif.-based company has been hiring hardware experts including a former recruiter for HoloLens, Microsoft’s augmented reality headset, an engineer formerly working on Qualcomm’s augmented reality software Vuforia, and an eyewear designer who previously worked for Michael Kors, Innovega, and Zac Posen, among other hires.

Snapchat has yet to confirm any such project, which could possibly never come to market, but the clues point to the company at least experimenting. Let’s just hope the final product isn’t as socially awkward as Google Glass, the tech giant’s failed attempt to build a paid of connected eyewear that had a camera and augmented reality capabilities.

Fortune has contacted Snapchat and we’ll update the story if we hear back.