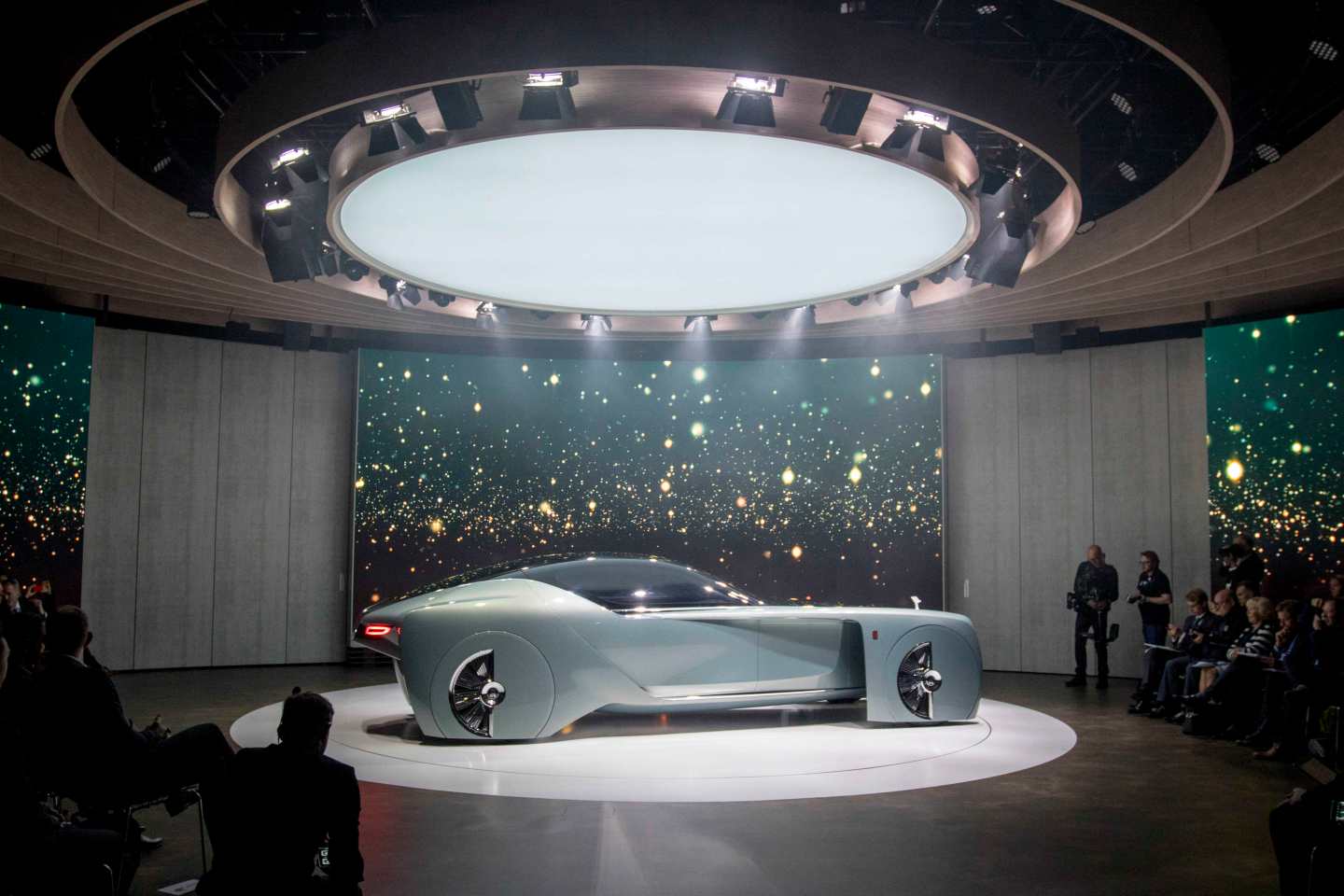 Virtually every automaker is in a mad rush to build self-driving vehicles. Ultra-luxury auto manufactuer Rolls-Royce proved it doesn’t want to be left behind, and yesterday it gave the world a peek of what it hopes the .1% will drive with its first pure concept vehicle, the Vision Next 100.

Codenamed 103EX, the nearly 20-foot vehicle is part of a broader initiative to mark the 100th anniversary of its parent company, BMW @BMW. The deluxe inside is meant to show what a specific, bespoke order from a client could look like in 2040. But it also clearly is in stark contrast to the utilitarian vision of self-driving cars made by, say, Google.

“Others have shown us their vision of the future for mobility and too often it’s dumbed-down, small plastic pods that will merely get people from point A to point B,” Rolls CEO Torsten Müller-Ötvös told FORTUNE. “Really successful people will always want the best surrounding them and Rolls-Royce will always provide the most luxurious way possible to take them wherever they want to go.”

According to Rolls, each commissioning customer of the future will want a completely unique solution for personal transportation, and the flexible power trains and platforms of that future will allow the company to literally build one-offs—just as it did at its birth more than 100 years ago, when custom coachbuilding was alive and well. Rolls did not release any details on the concept’s powertrain.

As much of a stretch, literally and figuratively, as the 103EX may seem, it actually falls directly in the company’s wheelhouse of making cars for owners who may never drive them. In that sense, Rolls has deep experience in how to delight and entertain wealthy, demanding owners while someone else drives them.

In the case of the 103EX, that “driver” is a computer-generated woman Rolls calls Eleanor, named after the late Eleanor Thornton, the paramour of early Rolls collector John Walter Montagu and the muse for the company’s Spirit of Ecstasy hood ornament. And while Eleanor will come standard, the fortunate future passengers will be able to select options such as a velvet couch, hand-knotted silk rugs and rare wood trims in addition to the number of seats and the overall configuration of the car.

The car’s unique roof and door combo open in unison, allowing a passenger to step in and out while standing up (clearly the point is that no one of great wealth should be forced to bow!). Steps drop down to ease the process, and red puddle lights illuminate the path and act as a virtual red carpet.

Rolls will likely take the 103EX on a global roadshow.