George W. Bush Is Back 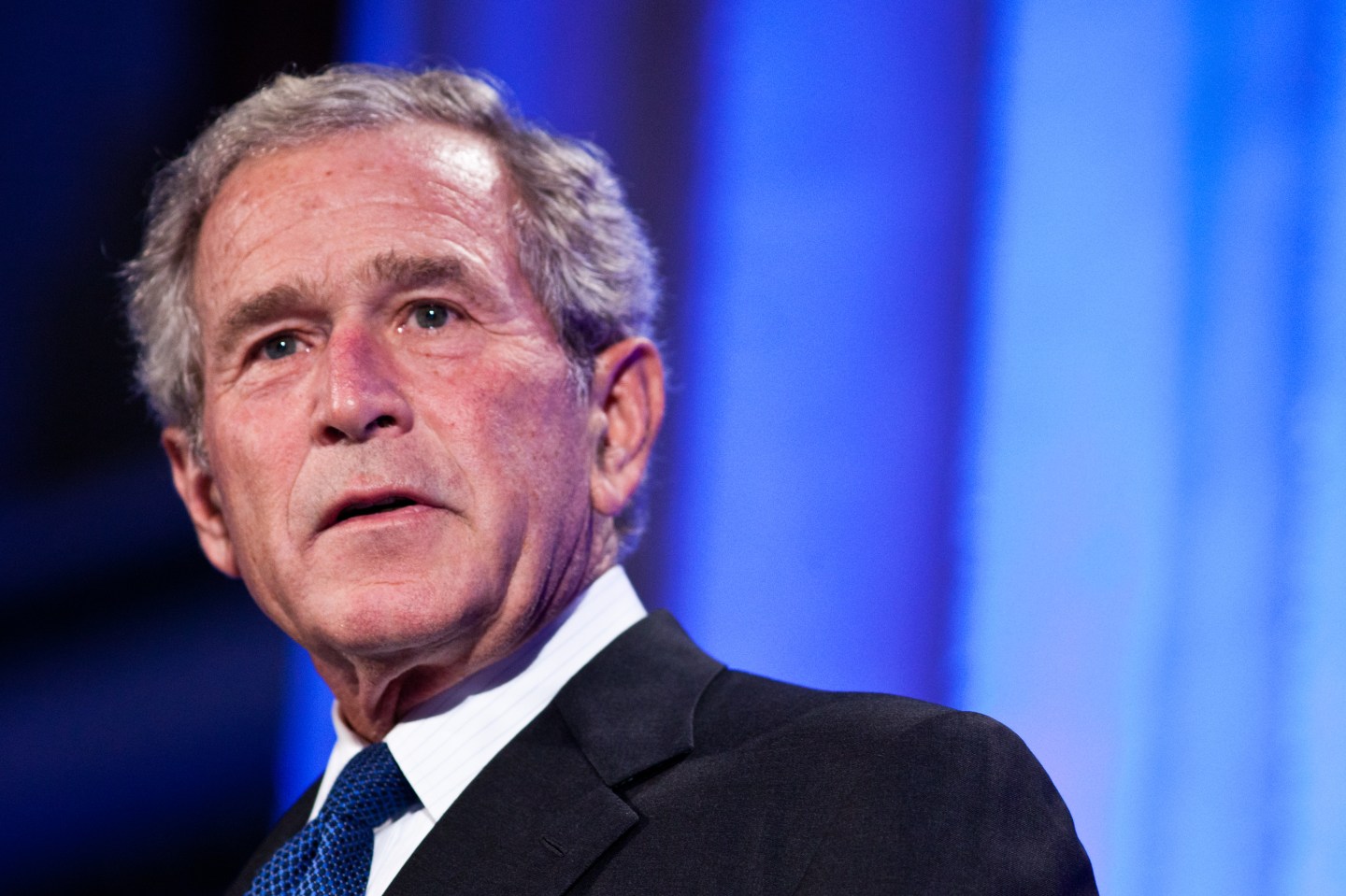 For much of the past eight years, former president George W. Bush has been absent from the political sphere, choosing instead to spend his time on his ranch in Texas. Now, though, the former head of state is making moves to try to help Senators who are in danger of losing this November, especially those who may be hurt by the up-ballot presence of Donald Trump.

Friends of Bush told the New York Times that he is upset with the way Trump has conducted his campaign — which makes sense, considering that Bush’s brother Jeb was Trump’s favorite punching bag, and that one of the major points of Trump’s campaign has been to denigrate the War in Iraq, the controversial centerpiece of the Bush administration. Trump even echoed the left wing theory that Bush and his administration intentionally lied to Congress and the American people to convince them to support the war.

“President Bush believes that it’s critical to keep the Senate in Republican hands,” said Freddy Ford, Mr. Bush’s spokesman, to the Times. “He is actively helping some senators in tight races who are strong leaders and share timeless conservative values.”

It is expected that fundraising by Bush could raise hundreds of thousands of dollars for Senate candidates.

Next week Bush will be appearing at an event for Sen. Roy Blount of Missouri. He’ll also be making appearances for Ron Johnson of Wisconsin and Rob Portman of Ohio.

After a fairly disastrous end to his presidency that saw Bush forced to mostly sit out the race to pick his successor, he’s seeing the rise in popularity that many ex-presidents see, with 47% of people now viewing him favorably. Bush has already said he will not support Trump’s candidacy, so we won’t be seeing him at the convention later this summer.