Where the Fortune 500 CEOs Went to College 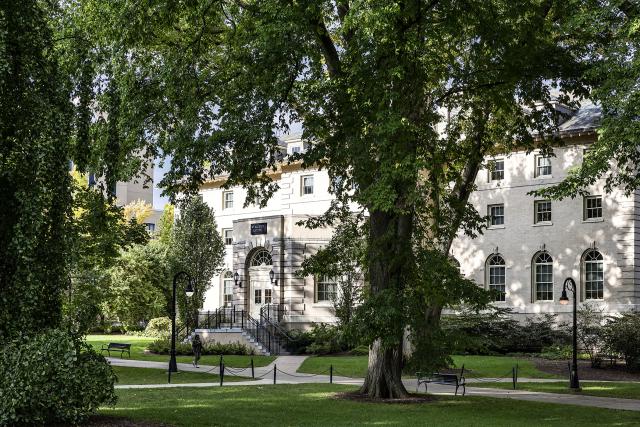 What sort of education does it take to climb to the top of America’s largest companies?

If there’s one thing that can be gleaned from the educational backgrounds of the chief executives of the recently released Fortune 500, it’s that there are many paths to success. Many of them studied business, economics, or engineering, but others majored in art history, geology, psychology, and history. Sure, there are plenty of MBAs—173, to be exact—but there are at least 121 executives who didn’t go to graduate school at all, including major-company CEOs such as Rex W. Tillerson of Exxon Mobil (XOM), Stephen J. Hemsley of UnitedHealth Group (UNH), and Jeff Bezos of Amazon (AMZN). Overall, the Fortune 500 crew attended 220 different colleges for their undergraduate degrees.

No one type of university dominates the list, either. Of the 25 colleges that graduated the most CEOs, five are traditional liberal arts colleges, four are in the Ivy League, eight are public universities, and three are colleges known for their elite technology and computer science programs.

We don’t want to suggest that it doesn’t matter where you go to college. The research behind MONEY’s Best Colleges rankings, after all, has found that certain colleges make a huge difference. But rather, the degrees of Fortune 500 leaders demonstrate what our rankings do as well, that a variety of colleges—some household names, others hidden gems—can put you on a path to success.

For more on the Fortune 500, watch this video:

Here are the 10 colleges with the most alumni in the Fortune 500’s top seat, ordered by the number of undergraduate degrees each confers.

Appearing atop dozens of college-related rankings, this uber-selective university sometimes seems to be good at everything: computer science and business, athletics and arts, undergraduate research, and graduate programs. Its Fortune 500 alumni reflect that diversity of strong programs, with banking, healthcare, and manufacturing, insurance, and pharmaceutical companies represented.

Attend Princeton, and odds are pretty high that you’ll share the campus with someone who goes on to become a household name, whether on the Supreme Court, at the White House, or on the film screen. The university also produces its share and then some of notable corporate leaders, such as Amazon’s Jeff Bezos.

You might be surprised that just as many Fortune 500 CEOs went to this small Midwestern liberal arts school as such big-name schools at MIT, Yale, and Vanderbilt. But Miami U’s alumni and current students aren’t. They say the university offers a rigorous liberal arts curriculum that prepares its students for all kinds of challenges. Miami is also the only school in the top 10 with more than one female CEO to its credit

With strong business and engineering programs, as well as a reputation as one of the top state flagship universities in the country, it’s little surprise UW is one of three public colleges to break into this top 10 list.

Thanks to its well-regarded graduate programs in business and law, Notre Dame routinely finishes in the top tier of colleges that produce a lot of high-level corporate leaders. It also holds its own when counting by undergraduate degrees, as the following alums show.

West Point’s academic curriculum was designed to prepare military leaders, so it’s not surprising that many alumni translate their leadership skills to the corporate world. Five of the CEOs below went on to earn MBA degrees, including three at Harvard Business School.

Texas A&M graduates like to talk about the bond they share with fellow Aggies and what a well-connected network the college provides. That’s reflected in the university’s six alumni who now lead Fortune 500 companies. Some have been big cheerleaders for the university by donating money, returning to campus for events, and talking about how well Texas A&M prepared them for their current positions.

With more than 40,000 undergraduates, Penn State has a reach that few others on this top 10 list do, and its name is recognized by employers around the country.

Cornell’s list of Fortune 500 CEOs reflects well on its engineering and labor and industrial relations programs, as they make up more than half of the bachelor’s degrees earned by the alumni below. (Cornell is one of only a handful of universities to offer an undergraduate program in labor and industrial relations.) The nine executives work in a variety of fields, from finance to telecommunications to pharmaceuticals.

No surprises here: America’s most recognizable Ivy League college tops our list, with 10 alumni who earned their undergraduate degrees there. (We didn’t count Facebook’s Mark Zuckerberg, who famously dropped out.) Harvard beats out the other schools in the top 10 by only a few graduates, but it pulls way ahead when counting by MBA degrees—28 CEOs earned theirs at Harvard Business School, about three times as many as the next highest graduate business programs, Wharton School at the University of Pennsylvania (10) and Stanford Graduate School of Business (9).

This article previously appeared on Money.com.