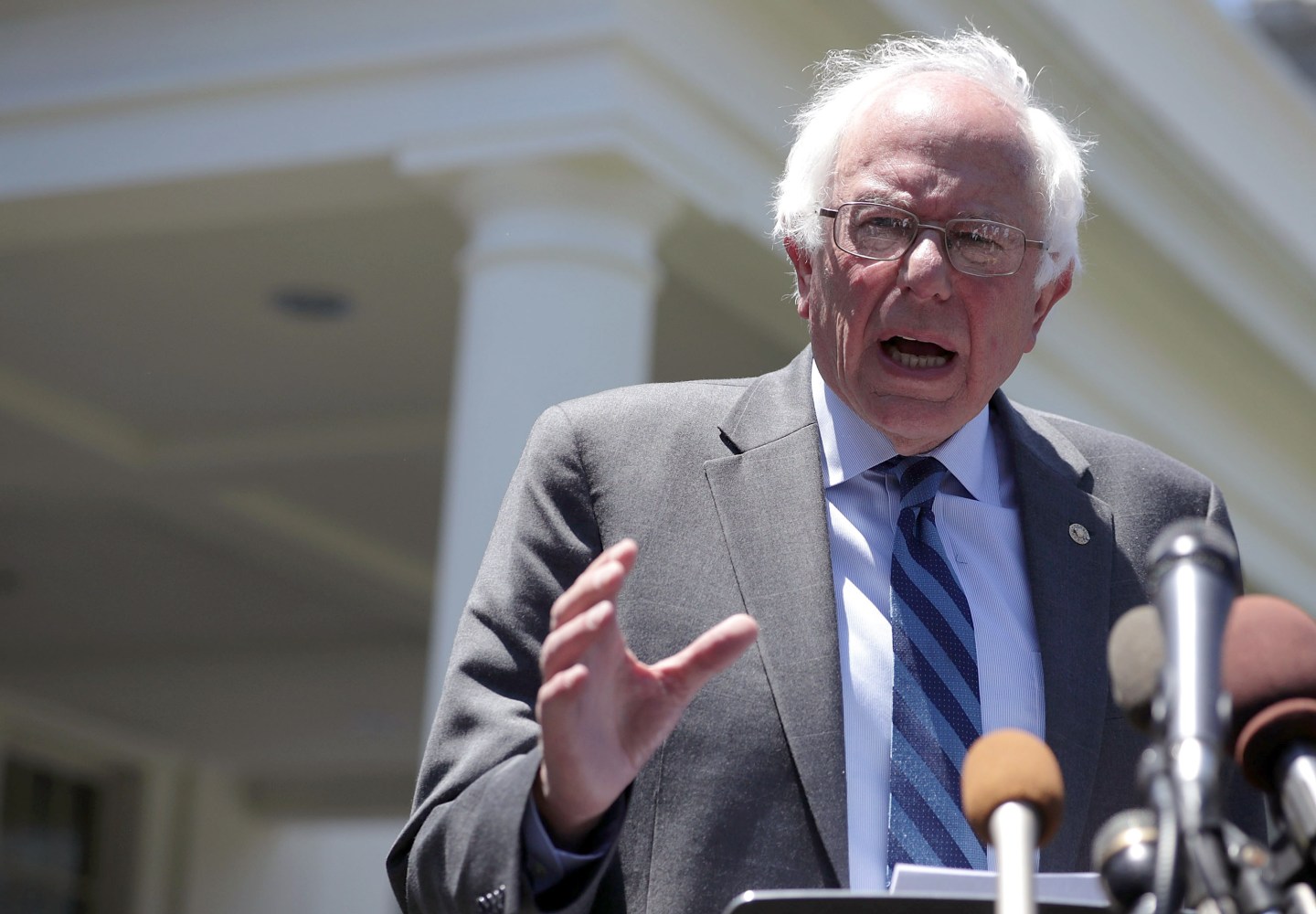 Bernie Sanders didn’t drop out of the presidential race on Thursday night. But the Vermont Senator made it clear that his goal going forward was not to make himself the candidate, but to try to push Hillary Clinton and the rest of the Democratic Party towards the progressive policy positions he has pushed during the primary season.

“Election days come and go, but political and social revolutions that attempt to change our society never end,” Sanders said in a speech live streamed on his website.

When it was announced that Sanders would speak on Thursday night to his supporters, it was widely assumed that he would be suspending his campaign for the presidency and endorsing Hillary Clinton. Instead, he vowed to continue his fight to change the way the Democratic Party operates.

That includes pushing for changes in the Democratic platform — adopting a more progressive stance on issues like financial regulation, healthcare reform, and the minimum wage — and for changing the way Democrats choose their presidential nominees in future years. Sanders wants to adopt open primaries, increase same day voter registration, and end the use of superdelegates.

Sanders did offer a few hints that he will fall in line with Hillary Clinton. He maintained that “the major political task we face in the next five months” was to make sure that Donald Trump does not become president. He also said that he would begin his own role in that campaign “in a very short time.”

For now, though, Sanders made it clear that he is focused on the Democratic National Convention, noting that he had won thousands of delegates whom he believes should have a role in setting the agenda at the event, which is scheduled to take place in Philadelphia starting on July 25.