Why You Can Be on the U.S. Terrorist Watch List and Still Buy Guns 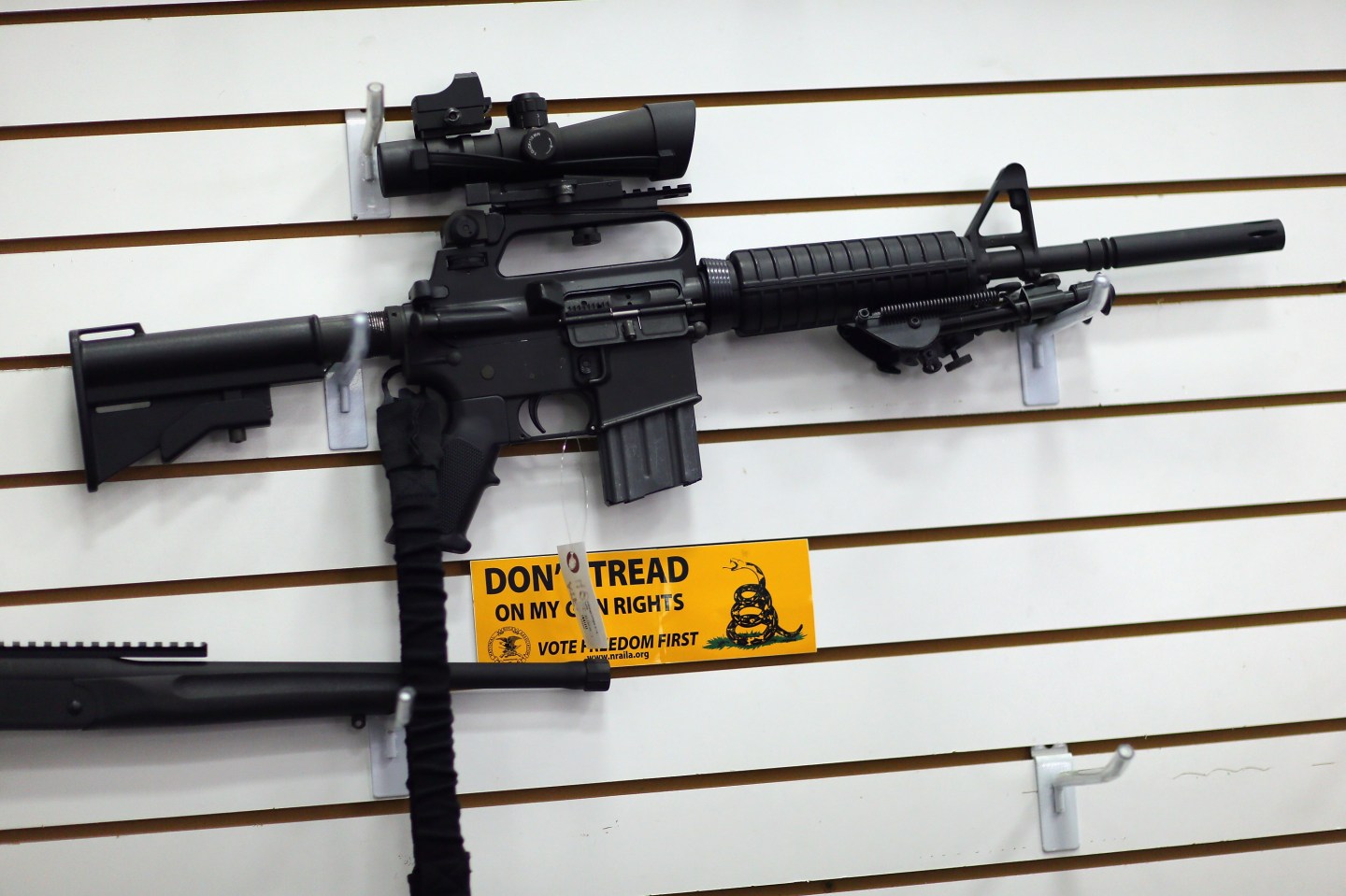 Senate Democrats hope to use the worst mass shooting in modern U.S. history to force Republicans to either curb gun sales to known or suspected terrorists or take what could be politically damaging votes in an election year.

Surprisingly to most Americans, being on the government’s terrorist watch list isn’t grounds to block many gun purchases.

The Orlando shooter, identified as an American-born Muslim named Omar Mateen, was investigated twice by the FBI in 2013 and 2014. He was initially put on the terrorist watch list, but was removed after the agency dropped the first probe. Both investigations ended without charging Mateen.

Yet a day after Mateen killed 49 people and wounded more than 50 others in a gay nightclub, President Barack Obama and FBI director James Comey said Monday that he was likely inspired by foreign terrorist groups. Mateen died in a gunfight with a SWAT team.

Here’s a look at the intersection between the terrorist list, guns and the Orlando massacre.

The FBI’s Terrorist Screening Center, created in 2003 following the 9/11 attacks on the U.S., maintains the terrorist watch list, a database of people known or suspected of being involved in terrorist activities. Federal agencies used to keep nearly a dozen separate listings but shared them only occasionally.

The list has around 420,000 people on it, according to FBI figures from 2011, with records updated daily and shared with state, local and foreign agencies. Some 16,000 of its names comprised the government’s no-fly list in 2011, the FBI says.

That’s a lot of people.

It is. But the FBI notes that only about 2 percent of them are U.S. citizens or legal permanent residents allowed to buy guns. The rest are foreigners, many of whom are not permitted to purchase firearms here.

Why can people on the terrorist watch list buy guns?

That’s the law. Being on a terrorist watch list is not “in and of itself a disqualifying factor” for people purchasing firearms and explosives, according to a 2013 report by the nonpartisan Congressional Research Service.

People purchasing guns from federally licensed firearms dealers must undergo background checks, and those transactions can be blocked if they fall into any of 10 categories. These include convicted felons or drug abusers, people found by courts to have certain mental problems and immigrants in the U.S. illegally.

The FBI is notified when someone on a list applies to purchase a gun, often resulting in increased surveillance of a suspect. But being a suspected or known terrorist is not one such category.

People don’t need background checks to buy guns from unlicensed sellers, such as from some who offer firearms at gun shows or online. It’s unclear exactly how many guns are sold that way.

The FBI also conducts background checks on people applying for licenses to ship or receive explosives.

Are there many sales to people on the terrorist watch list?

Sen. Dianne Feinstein, D-Calif., chief sponsor of legislation that Democrats are pushing following Orlando, got numbers in March from the nonpartisan Government Accountability Office, an investigative arm of Congress.

GAO said from February 2004, when the background check system began checking the terror watch list, through 2015, 2,477 names of would-be gun and explosives buyers were on the watch list. Nearly all were for gun purchases.

For comparison, the FBI and states conducted more than 23 million background checks last year for gun purchases, the most ever.

What would Feinstein’s bill do?

It would let the attorney general deny firearms and explosives to people known or suspected of being involved in terrorist activities. It’s not necessarily based on the government’s terrorist list.

The Senate rejected it last December by a near party-line vote, a day after an extremist couple killed 14 people in San Bernardino, Calif. Republicans said owning guns is a constitutional right and cited people erroneously suspected as terrorists.

That same day, senators derailed a proposal by Sen. John Cornyn, R-Texas, that would have let the government delay firearms sales to suspected terrorists for up to 72 hours. Under that bill, the transaction could have been halted permanently if officials could have persuaded a judge to do so. Democrats said clever lawyers could easily delay court action for 72 hours, rendering the proposal toothless.

What about Mateen’s weapons?

Authorities said he used an AR-15 semi-automatic rifle and a handgun that he’d recently bought legally.

The AR-15 is a military-style rifle that fires a single bullet for each pull of the trigger, but can use magazines with 30 rounds or more.

The National Rifle Association says on its legislative affairs website that Americans own about 8 million of them, a number growing by 1 million annually.

NRA official Chris W. Cox said in an opinion column posted Monday on USA Today’s website that semi-automatic weapons are the most popular firearms for sports and self-defense. He said a ban “will do nothing to prevent the next attack.”