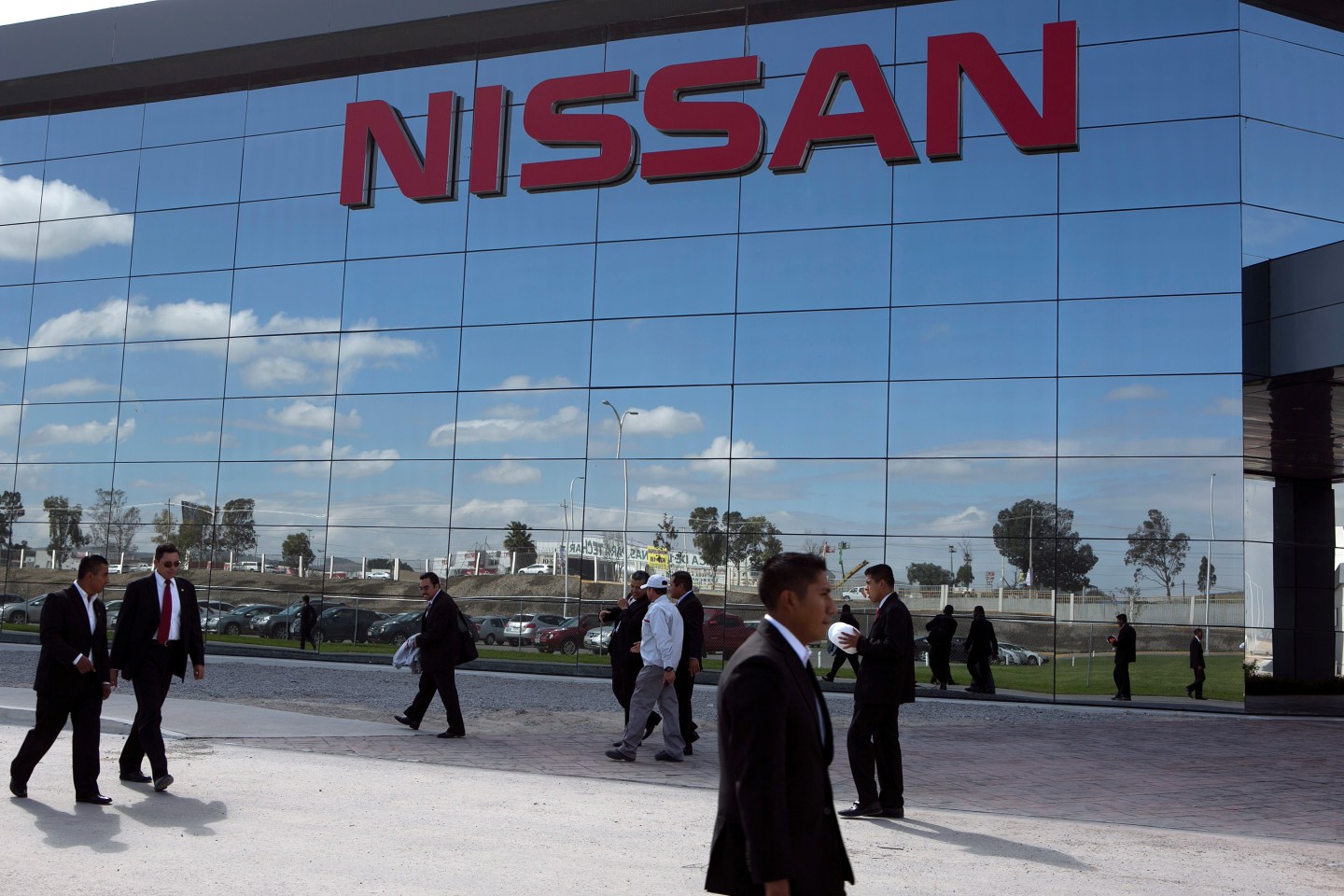 Attendees walk outside one of the buildings during a ceremony for the opening of a new Nissan Motor Co. assembly plant in Aguascalientes, Mexico, on Tuesday, Nov. 12, 2013. Nissan Motor Co., already the largest carmaker in Mexico, is accelerating operations as it opens a third assembly plant in the country to allow it to make 1 million vehicles annually within three years, chief executive officer Carlos Ghosn said. Photographer: Susana Gonzalez/Bloomberg via Getty Images
Photograph by Susana Gonzalez — Bloomberg via Getty Images

Nissan Motor (NSANY) said on Tuesday it was developing fuel cell vehicle (FCV) technology using ethanol as a hydrogen source in what would be an industry first, and planned to commercialize its system in 2020 as part of efforts to develop cleaner cars.

“The cost and energy required to produce hydrogen can be very high, and it also requires significant investment in (fueling and storing) infrastructure,” Nissan Executive Vice President Hideyuki Sakamoto told a media briefing.

“Compared with that, ethanol is very easy to procure, it is safer to store and lower cost. These are its merits.”

Nissan said its technology would be ready for use in vehicles in 2020, adding it could be used to extend the range of larger, electric vehicles such as delivery vans.

It would target a cruising range of around 800 kilometers per fueling, more than the range for gasoline-powered vehicles of just over 600 kilometers.

The automaker said running costs for the FCVs would be roughly similar to those of electric vehicles, while declining to give details on vehicle pricing.

Ethanol is used as a fuel source for vehicles in countries including Brazil, but Nissan is planning to use it to generate electricity in fuel cell stacks to charge batteries which would power vehicle motors.

In developing its FCV technology, Nissan joins Toyota (TM) and Honda (HMC) in a national, government-backed drive to develop a “hydrogen society,” in which the zero-emission fuel would be used to power homes and vehicles, and reducing Japan’s reliance on imported fuel sources and nuclear power.

Toyota began marketing the Mirai, its hydrogen FCV, in late 2014, while Honda earlier this year began sales of its Clarity Fuel Cell vehicle. Initial production for both models has been limited due to their relatively high cost and limited fueling infrastructure.

Unlike its rivals’ offerings, Nissan’s technology does not require hydrogen to be stored in vehicles, reducing the need for expensive bulky hydrogen tanks, and would not require fueling stations, which have been slow to spread globally.