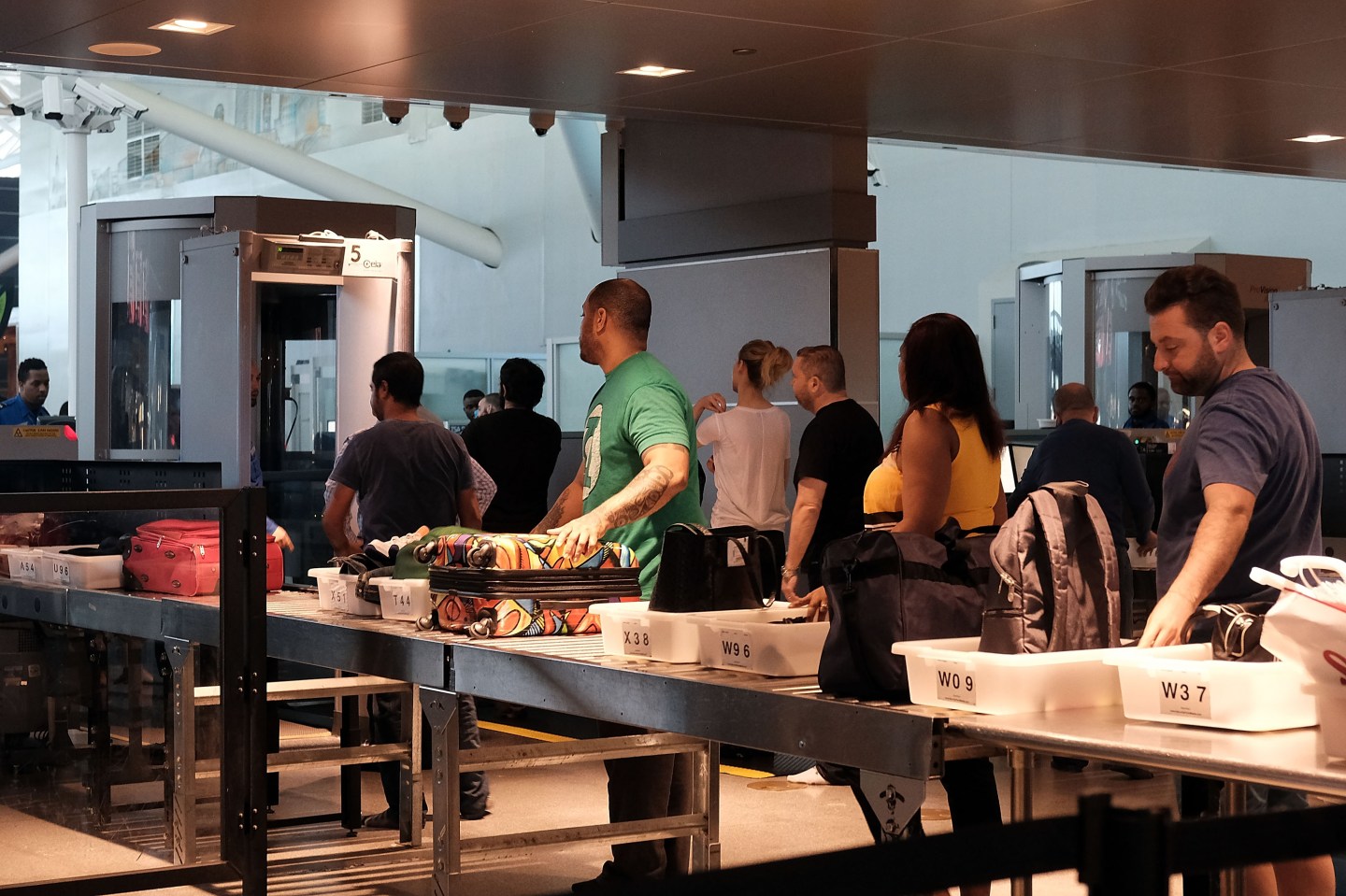 NEW YORK, NY - MAY 24: People wait in a security line operated by the Transportation Security Administration (TSA) at John F. Kennedy (JFK) Airport on May 24, 2016 in New York, New York. The TSA has come under renewed criticism from government officials and the general public following an escalation of wait times at security screenings at domestic airports as the summer travel season begins. Kelly Hoggan, the Transportation Security Administration's head of security operations, has been put on paid administrative leave pending reassignment. (Photo by Spencer Platt/Getty Images)
Photo by Spencer Platt—Getty Images

The Transportation Security Administration is doing what it can to reduce wait times at airport security, but unfortunately the agency’s efforts came a little too late for Hooman Nikizad.

The 34-year-old is suing the TSA for making him miss his flight on March 19, the New York Daily News reports. The man was flying from Minneapolis-St. Paul to Los Angeles and says that, after waiting on a long security checkpoint line, he was unable to make it to the plane before it took off, which essentially forced him to “buy a ticket with another airline to be able to make [his] destination and meet [his] obligations.” He is seeking $506.85, mainly asking the agency to cover the cost of his ticket.

Nikizad’s lawsuit claims that he got to the airport two hours before his flight was scheduled to leave, which is generally the recommended amount of time, but ended up waiting in the line for over an hour and a half. “The TSA had limited staff and was operating only one body scanner for the regular security line,” he alleged.

This is an issue that TSA Administrator Peter Neffenger is well aware of. He visited the Minneapolis airport in March, just eight days before Nikizad’s flight, at which point he addressed the issue. “We’re hitting this very hard,” he told KSTP-TV at the time. “It is one of my biggest concerns right now.”

There are numerous reasons why the lines have been so long this year. More people are traveling, there are fewer TSA agents, more carry on bags are going through security checkpoints, and stricter security standards are being implemented. Fortune previously reported that the agency is making various efforts to remedy the issue, but unfortunately none of those changes had been in place at the time of Nikizad’s flight.