The Complete Story of the Woman Who Created the Beehive Hairdo 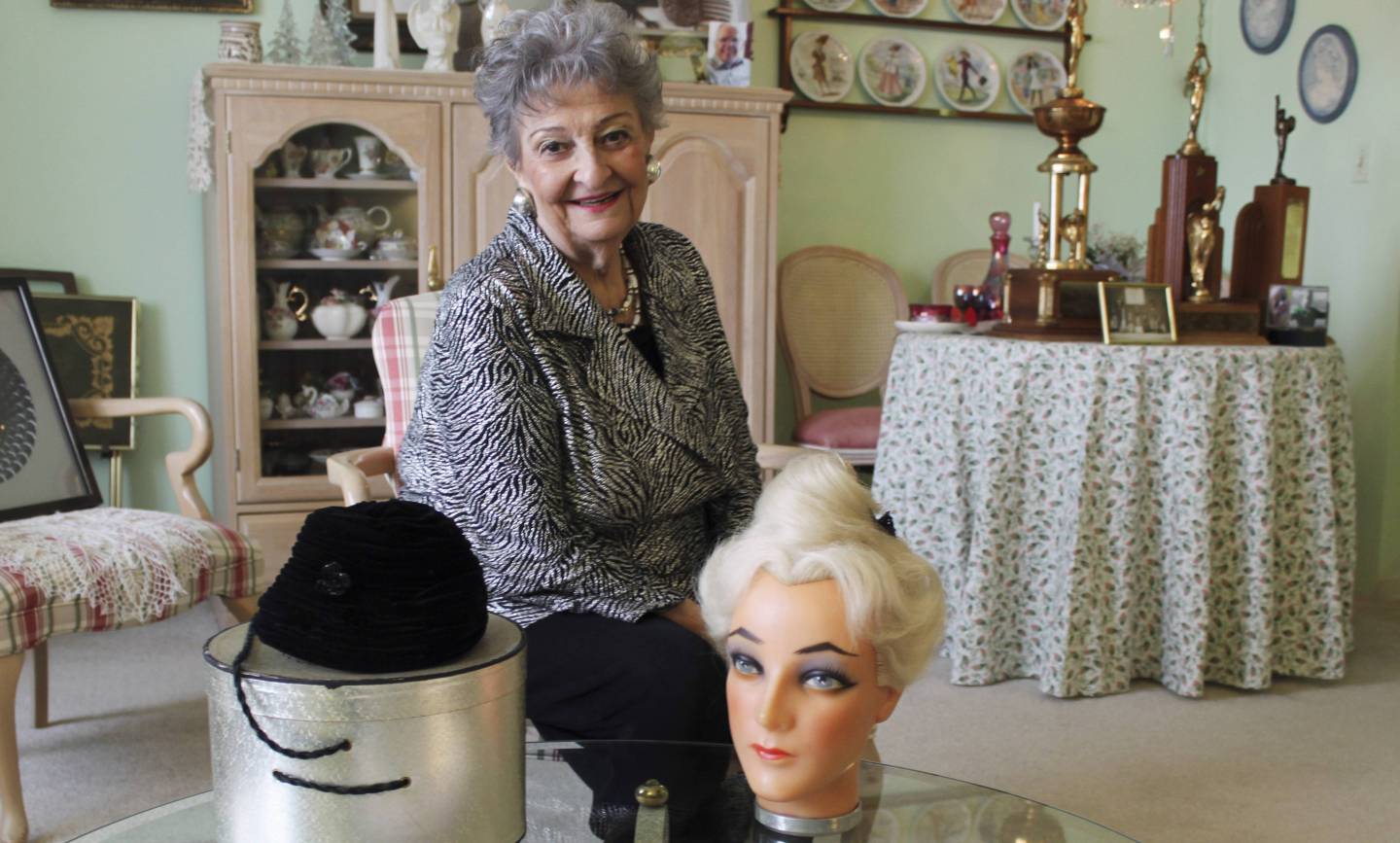 You don’t know her name, but you know her work. Margaret Vinci Heldt, widely regarded as the creator of the beehive hairstyle, died at age 98 on Friday.

No one who’s worn or witnessed a beehive can deny its power–a shellacked tower of hair adds height and drama. It proliferated throughout the 1960s on glamorous women like Brigitte Bardot and Priscilla Presley and on album covers from Tammy Wynette to the Ronettes, and trickled down to widespread wear.

Brigitte Bardot at home in France in January 1962.Andre SAS/Gamma-Rapho via Getty Images

Beehives emerged in 1960, an era of back-combing and setting lotion, when hairsprayed hairdos were a “do,” and time was routinely spent under the dome of a hair dryer.

When asked by Modern Beauty Shop magazine to contribute a style for the new decade, Heldt came up with her famed contribution to hairdressing late one night, experimenting with hair on a mannequin head as her family slept, she told the Associated Press in 2011. She was aiming for a style that could be worn with a Jackie O-esque black velvet and red-lace fez hat that she had on hand.

The conical, sculptural style that resulted ran in the February 1960 issue of the magazine. At the photo shoot for the feature, Heldt felt something was lacking in her new look. “I took a little ornament off the hat, made of black denim, I put it in the model’s hair, and it looked just like a bee,” she said at America’s Beauty Show in 2012.

“The editor said, ‘Margaret! That looks just like a beehive. Could we call it a beehive?’ I said, ‘You could call it whatever you want!’ And so, the beehive was born. And, what a life is that! Now the style keeps coming back and coming back!”

While it was an elaborate style, if respected and properly wrapped at night, it could be maintained all week until the next beauty parlor visit.

Determined to become a stylist from her first beauty parlor visit at age 7, she faced an early challenge as an aspiring beauty student in Chicago during the Depression. As the daughter of Sicilian immigrants, she couldn’t afford the hairpiece required to practice on for classes, so her mother cut off her own hair that Margaret used as a practice wig, which she said made her father cry.

However, the personal sacrifice was worth it. By 1950, Heldt owned an eponymous shop, Margaret Vinci Coiffures, and in 1954 she won the National Coiffure Championship and continued winning other competitions. She kept her shop through the 1970s and remained active in cosmetology organizations throughout life, retiring at 80.

Sometime after the beehive’d young women in all those black-and-white yearbook photos of the ’60s had children, the beehive went out of style, but in the more than half a century since, it never entirely disappeared and leaves a towering shadow. It’s been rocked by performers from the B-52’s (the bomb name being another nickname for the hairdo) to Amy Winehouse.

British singer Amy Winehouse poses for photographs after being interviewed by The Associated Press at a studio in north London.Matt Dunham — AP

Early on in 1961, a tiara-topped ’hive was integral to the polished look of Audrey Hepburn’s fictional call girl Holly Golightly in Breakfast at Tiffany’s.

Later there was an epic beehive in Hairspray, the John Waters movie (1988), remake and Broadway musical (2007), and a disheveled beehive remains inseparable from the debaucherous platinum blonde Patsy Stone from Absolutely Fabulous, the British TV show that ran throughout the 90s and aughts on small screens and will hit the big screens this summer. Look upwards for them at Pride parades this month on legions of drag queens.

That mannequin head and the velvet fez that helped create the first beehive are now exhibited at the Chicago History Museum. Modern Beauty Shop magazine is now called Modern Salon, and their site has a video of Heldt discussing her design as well as the original image from the February 1960 feature.