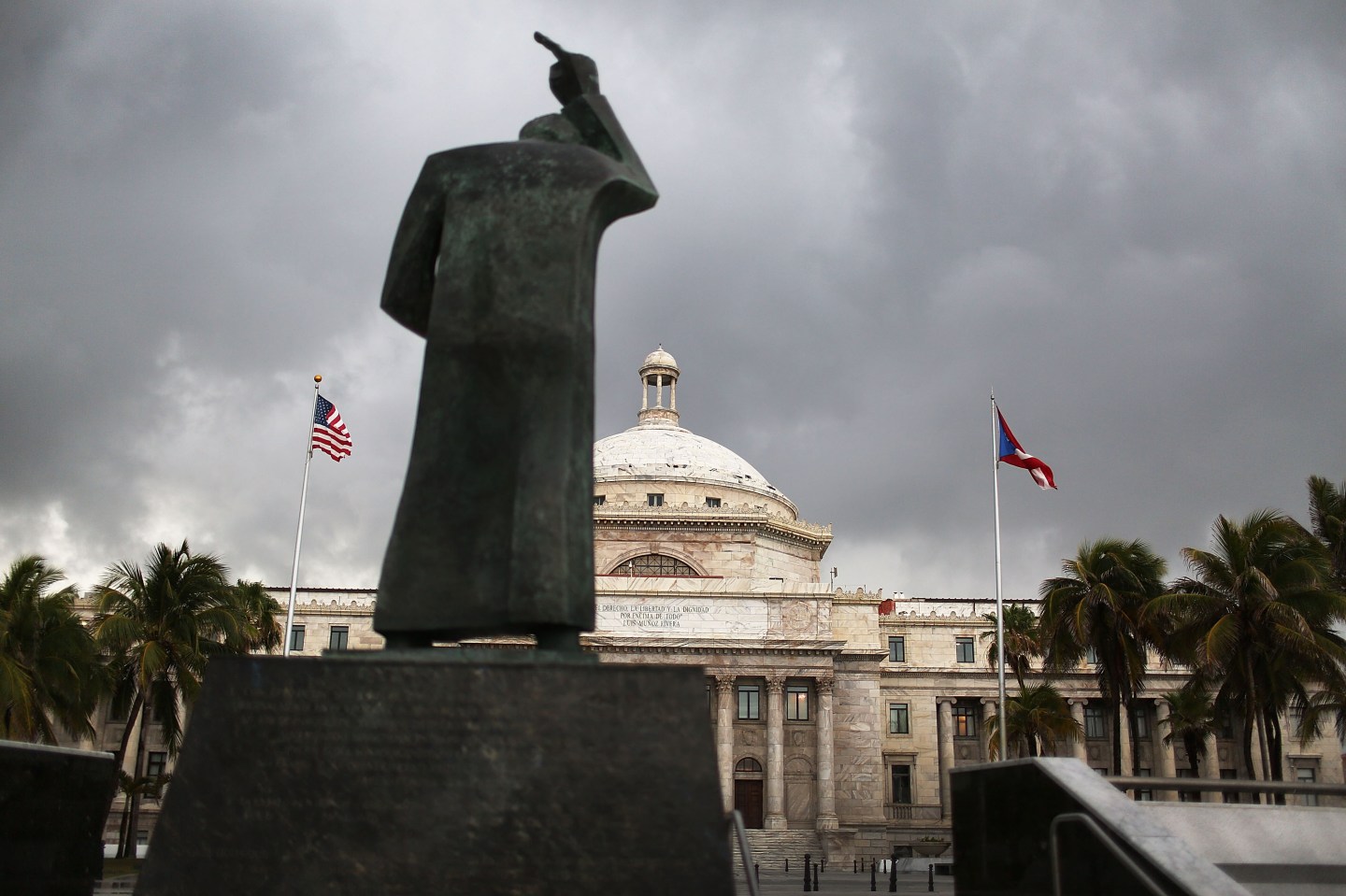 The U.S. Supreme Court on Monday rejected Puerto Rico’s bid to revive a law that would have let the U.S. territory cut billions of dollars in debt at public utilities, delivering a setback to the Caribbean island’s efforts to withstand a fiscal crisis.

The court ruled 5-2 that Puerto Rico’s 2014 law known as the Recovery Act conflicts with U.S. federal bankruptcy law, leaving in place a 2015 appeals court ruling that had invalidated the statute.

Passage of the legislation now being considered in the U.S. Congress could be the only remaining option to avoid a disorderly default by the U.S. territory of about 3.5 million people that is burdened by a $70 billion debt load it has said it cannot pay.

The U.S. House of Representatives last Thursday passed legislation creating a federal control board to help Puerto Rico cope with its crippling debt, and sent the bill to the Senate for consideration. The White House has urged the Senate to act promptly so President Barack Obama can sign the bill into law ahead of a looming July 1 deadline for Puerto Rico to make a $1.9 billion debt payment.

Puerto Rico, also burdened by a 45 percent poverty rate and a shrinking population, faces economic calamity without measures that either change its laws or involve an agreement with creditors.

Joe Rosenblum, director of municipal credit research at AllianceBernstein in New York, said the ruling “might have some influence” in prompting Congress to act because of the July 1 deadline for a new round of debt payments.

In 1984, Congress passed legislation that prohibited Puerto Rico, as a U.S. territory and not a state, from using statutes that let states put struggling municipalities into bankruptcy.

The reinstatement of the Recovery Act could have threatened a hard-fought, consensual restructuring at power authority PREPA, where creditors holding most of the utility’s $8.3 billion in debt agreed to take 15 percent reductions in payouts.

The Recovery Act could have allowed Puerto Rico to scrap that deal and instead put PREPA into bankruptcy, where it could impose deeper cuts and bind holdout creditors.

Puerto Rico’s governor signed an emergency bill on April 6 allowing the government to halt payments on its debt, throwing into doubt broader restructuring plans to stave off a financial collapse.

“Preemption cases may seem like abstract discussions of the appropriate balance between states and federal power,” Sotomayor wrote in dissent. “But they have real world consequences. Finding preemption here means that a government is left powerless with no legal process to help its 3.5 million citizens.”

Sotomayor said Puerto Ricans “should not have to wait for possible congressional action to avert the consequences of unreliable electricity, transportation and safe water.”

“But,” Thomas responded to Sotomayor’s view, “our constitutional structure does not permit this Court to rewrite the statute that Congress has enacted.”

Only seven justices considered the case because Justice Samuel Alito recused himself and Justice Antonin Scalia, who died in February, has not yet been replaced.