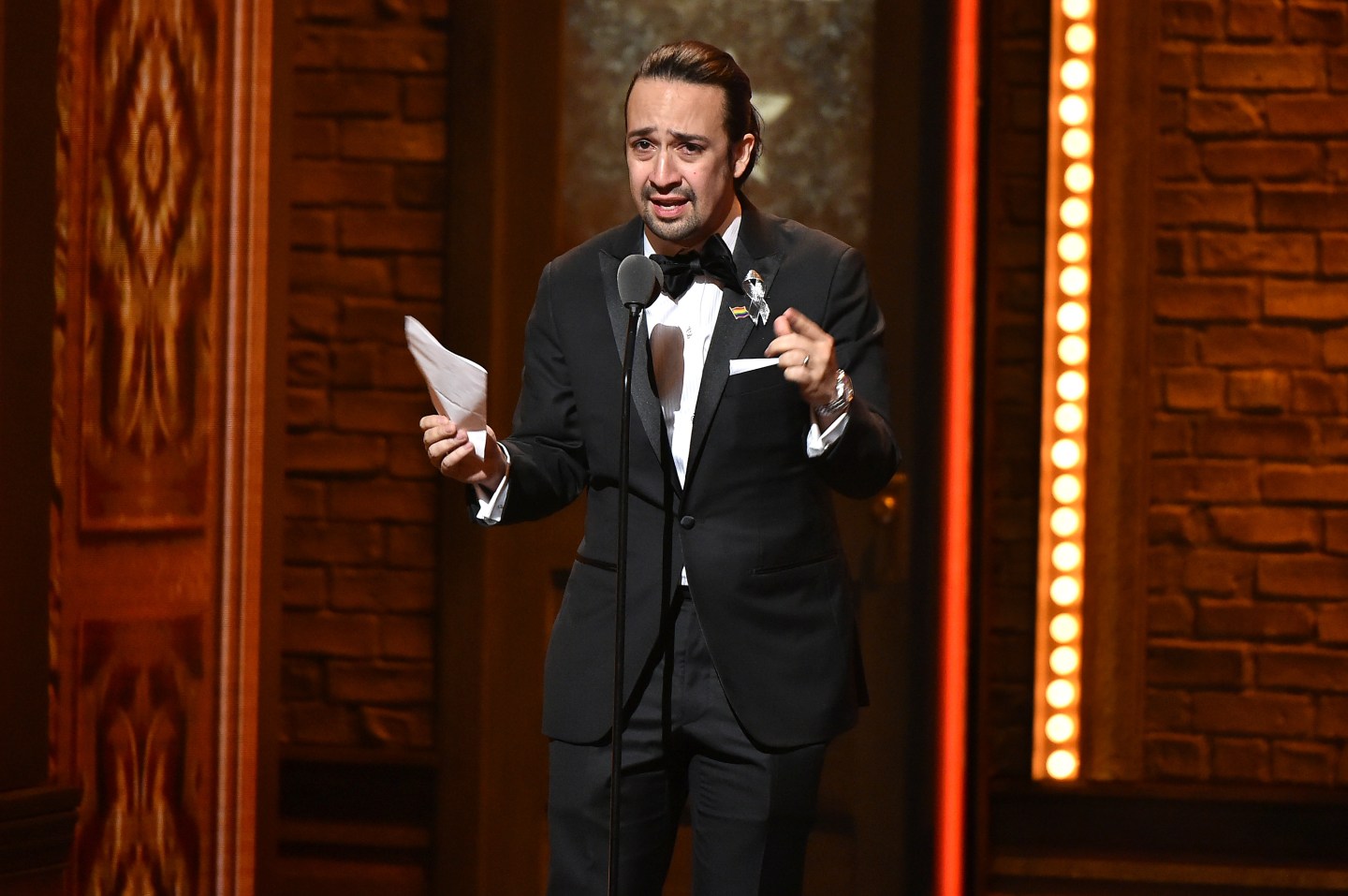 It was a mix of celebration and sadness on the 2016 Tony Awards red carpet Sunday as attendees and nominees grappled with the aftermath of the horrific mass shooting in Orlando that killed at least 50 early Sunday morning.

The carpet kicked off with a special pre-recorded message from Orlando mayor Buddy Dyer, who thanked the Broadway community for “standing with us in our time of great need.”

“On a day marked by such tragedy to get to celebrate such works of art … I couldn’t imagine being anywhere else,” he said.

Jesse Tyler Ferguson got personal when he spoke about the tragedy.

“The LGBT community is my community … when I was a kid, I would always look to the Tony awards to give me hope, to give me joy and I hope we can give that to the nation tonight,” he said.

“I was feeling very emotional today,” Hamilton actress (and nominee) Phillipa Soo also said, noting of her performance during the show. “I decided to kind of hold back and wait until Eliza has to be emotional.”

Many attendees wore special translucent ribbons to honor the victims, which were handed out on the carpet.

The show was dedicated to the victims of the shooting – which was the worst in U.S. history.

“Our hearts are heavy for the unimaginable tragedy that happened last night in Orlando. Our thoughts are with the families and friends of those affected,” an update on the Tonys website read ahead of the show. “The Tony Awards dedicate tonight’s ceremony to them.”

Just after 2 a.m. EST on Sunday, a lone gunman opened fire at Pulse, a popular gay club near downtown Orlando, police said. After an initial gun battle with an officer working at the nightclub, the gunman took several people hostage. At 5 a.m., police moved in to rescue the hostages. The gunman was eventually shot and killed, but not before shooting dead at least 50 people, and injuring 53 more.

The Islamic State has claimed responsibility for the attack, and the shooter has reportedly been identified as Omar Saddiqui Mateen.

This story was originally published on People.com.