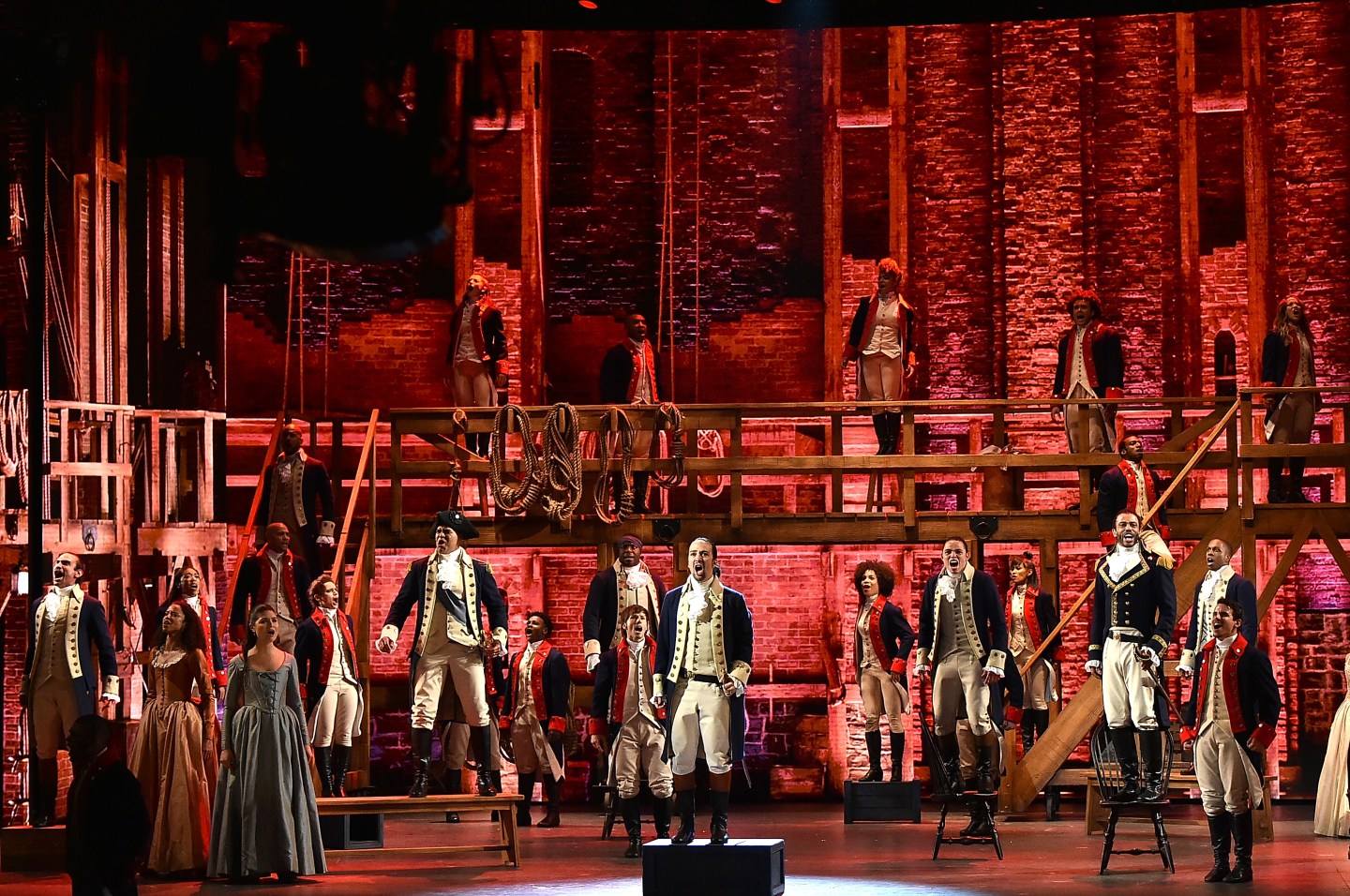 Broadway hit Hamilton will eliminate the use of muskets from itsperformance at the Tony Awards on Sunday night, in the wake of thedeadly mass shooting at a gay nightclub in Orlando.

The musical—which earned a record 16 Tony nominations—will instead use pantomime to represent warfare during an 18th-century battle scene in the song “Yorktown,” the New York Times reports, citing a spokesman for the show.

The cast used muskets during a rehearsal Sunday morning, but later in the afternoon, the spokesman said the show would perform the song without them.

The entire award show will be dedicated to victims of the Orlando shooting.