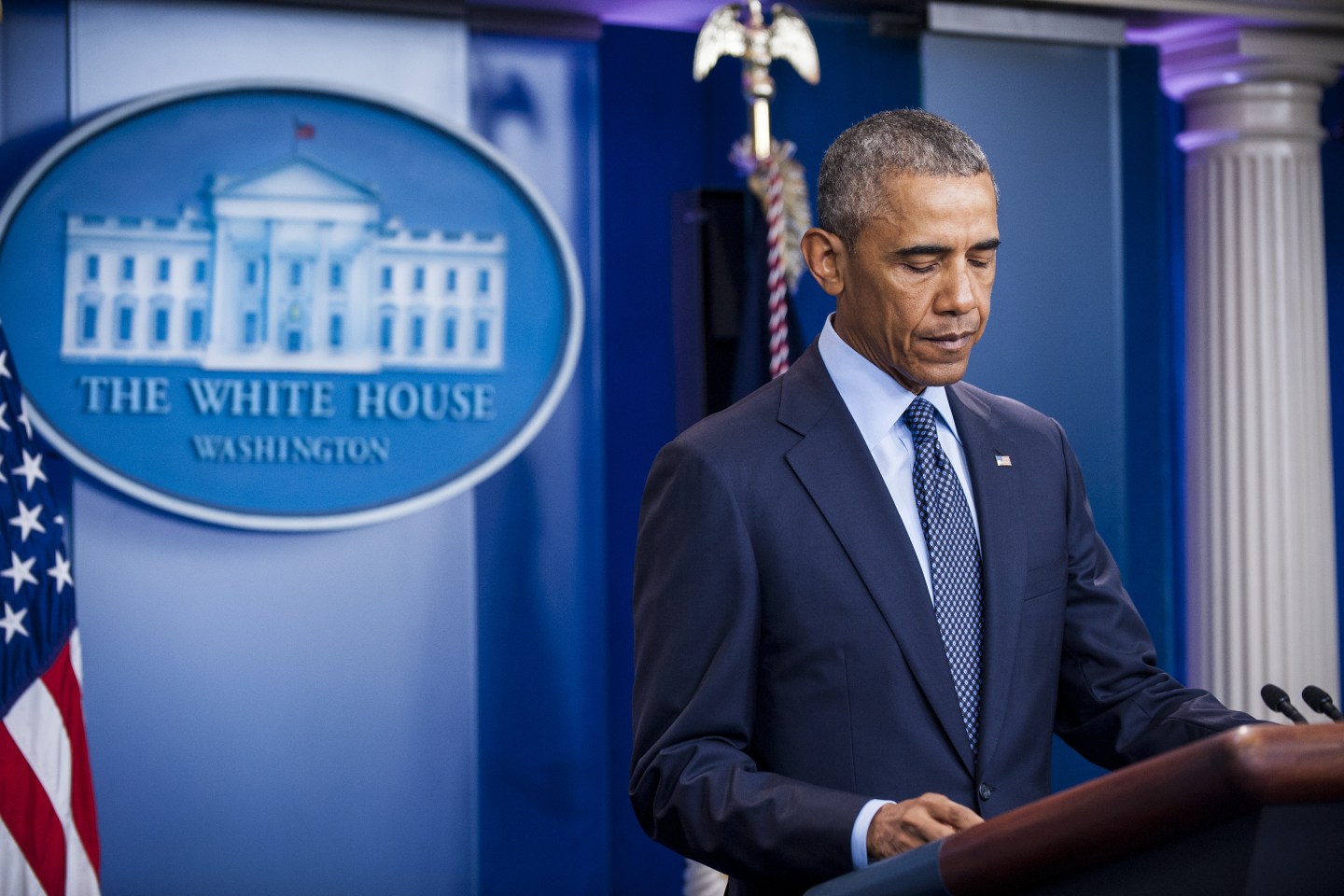 U.S. President Barack Obama pauses while speaking in the Brady Press Briefing Room of the White House in Washington, D.C., U.S., on Sunday, June 12, 2016. Obama decried the deadliest mass shooting in American history on Sunday as an "act of terror" and an "act of hate" targeting a place of "solidarity and empowerment" for gays and lesbians. Photographer: Pete Marovich/Bloomberg via Getty Images
Pete Marovich — Bloomberg via Getty Images

President Obama will address the country Sunday afternoon in the wake of the deadly Orlando nightclub attack, which is the worst mass shooting in U.S. history.

Obama was set to speak beginning at 1:30 p.m. ET, the White House said, in just the latest time in his presidency when he has spoken in the aftermath of a mass shooting.

Fifty people were killed and 53 were injured when the shooter, identified as Omar Mateen, opened fire at the crowded Pulse Orlando nightclub early Sunday morning. Authorities were investigating his motive and working to identify the victims on Sunday afternoon.