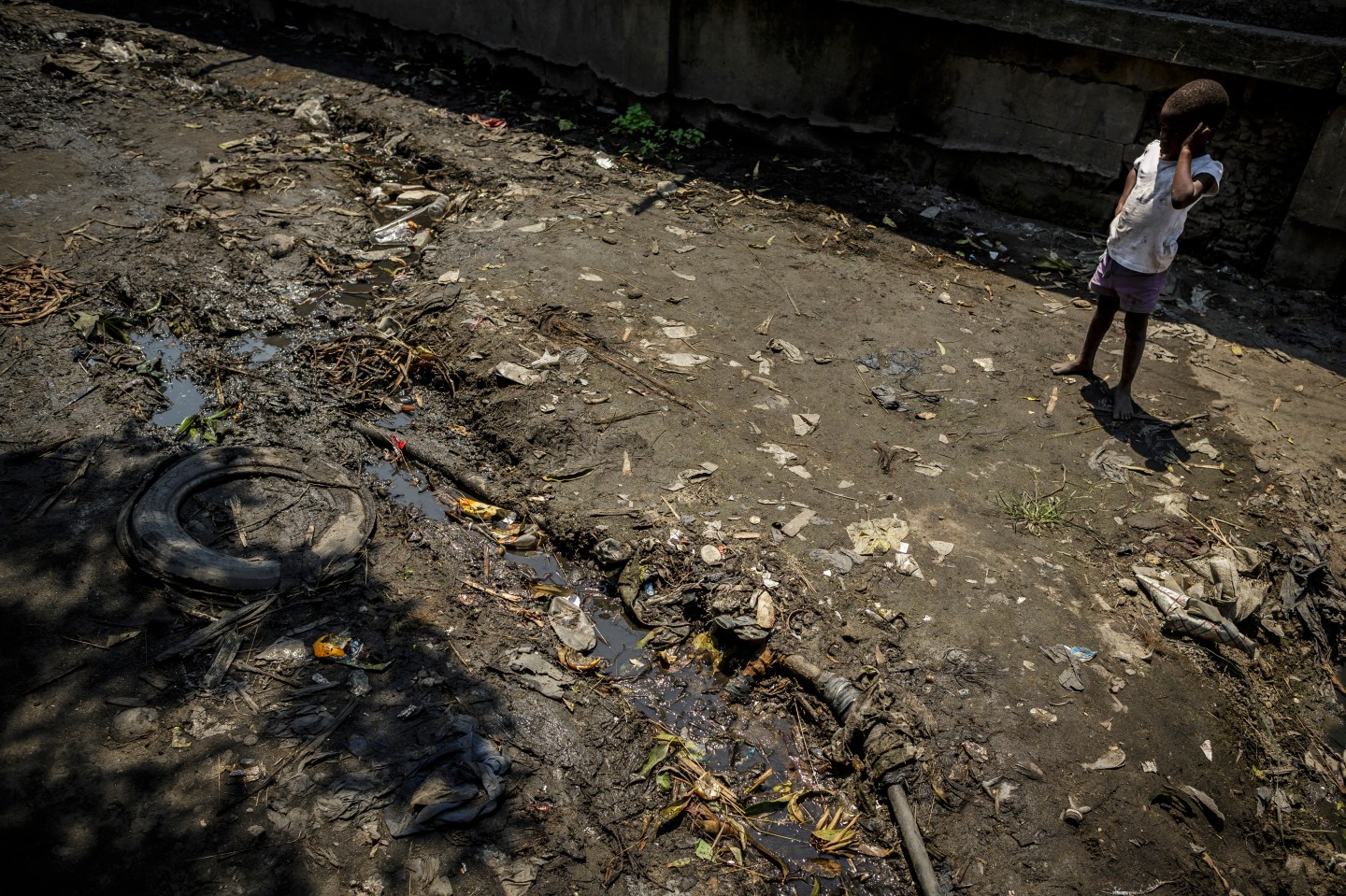 Mozambique, one of the world’s poorest countries, paid $35 million in up-front “arrangement fees” for a $500 million loan organized by Russia’s VTB Bank, according to loan related documents reviewed by Reuters.

In percentage terms—7%—the fees are several times what some bankers say is typically paid on such deals.

The loan was made in 2014 to state-owned Mozambique Asset Management (MAM), which was set up to oversee construction of shipyards in the capital, Maputo, and the northern town of Pemba. MAM missed a $178 million repayment due on May 23, putting the government on track for default if it fails to honor a state guarantee or renegotiate the debt with creditors.

The MAM debt is part of $2 billion that Mozambique has borrowed through bonds and loans since 2013 in deals that were not reported to parliament. Mozambique law requires parliament to authorize such borrowing.

The full extent of Mozambique’s borrowing emerged in April when the government informed the International Monetary Fund about the previously undisclosed loans. As a consequence of the disclosure, the IMF suspended aid to Mozambique.

Parliament authorized a commission of inquiry into the borrowing this week after a two-day emergency debate on the issue, according to state media. So far, there has been no official apportionment of blame.

In a BBC radio interview last month, International Monetary Fund Managing Director Christine Lagarde said the lack of transparency by the Mozambique government in its borrowing was “clearly concealing corruption.” She did not elaborate.

The arrangement fees charged to MAM under the terms of the VTB loan amount to 7% of the sum borrowed, according to the loan document and a Nov. 13, 2015 letter from VTB’s investment arm, VTB Capital, to the Maputo office of audit firm Ernst and Young. It was unclear what, if any, role EY played. EY in Maputo declined to comment for this article.

Three Johannesburg-based bankers with experience of arranging African sovereign debt deals told Reuters the charges were excessive, with 1% being the industry norm.

“If it’s a really complicated credit, you might push it up to 2%,” said one of the bankers, who did not wish to be named because of the commercial sensitivity of investment banking fees.

In response to questions from Reuters, VTB said the terms of the six-year loan had stipulated annual interest of 8.87% over the floating London Interbank Offered Rate (LIBOR). This was in line with other bilateral financing deals in sub-Saharan Africa and an $850 million, 10-year Eurobond issued by Mozambique state tuna firm Ematum in 2013, VTB said.

VTB said the arrangement fees, charged to MAM and set out in the loan document and VTB’s letter to EY, included interest charges that Mozambique agreed to pay up front.

The Johannesburg-based bankers said that immediately paying back interest on a loan out of the proceeds of the loan itself was an unconventional financing structure. They said that typically interest and capital are paid back at intervals over the duration of a loan, but not at the outset.

Mozambique Finance Ministry spokesman Rogerio Nkomo said he was unaware of the details of the fees. Attempts to contact MAM were unsuccessful. Requests by Reuters for comment emailed to the Maputo office of EY were not answered and telephone calls were not returned.

Neither the loan contract nor the EY letter detailed whether all of the fees went to VTB or whether they were split with other intermediaries.

Only in April did the government acknowledge the existence of two loans—the one arranged by VTB and a $622 million loan taken out by Mozambique state-owned security firm Proindicus.

Together, these loans have pushed the former Portuguese colony’s total foreign debt to 80% of GDP. Public anger at the government’s racking up of dollar debt equal to $400 per capita—a sum only slightly less than the average Mozambican’s annual income—is rising.

The IMF and donors, who normally account for 40% of Mozambique’s budget, have suspended aid to Maputo, annoyed at being kept in the dark over the $2 billion in borrowing.

Mozambique’s sovereign credit ratings are now deep in “junk” territory. Fitch has downgraded Mozambique’s credit rating to CC from CCC, indicating that “a default of some kind appears probable.”

The government and creditors have been in talks to try to reach a repayment solution. Mozambique sent a delegation to Moscow to meet senior VTB management at the end of May, one VTB official said. Neither side has given details of the outcome.