5 Investing Lessons You Can Learn From Horse Racing 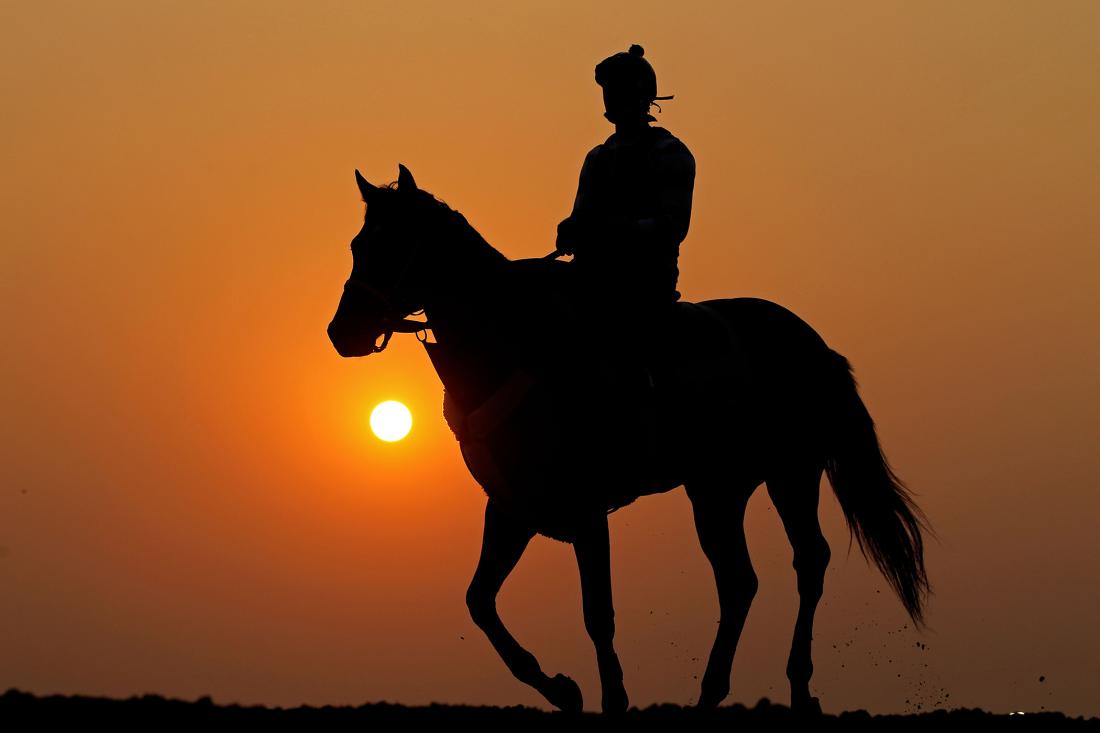 A horse and exercise rider work on the track during a morning training session in preparation for The Belmont Stakes at Belmont Park on June 9, 2011 in Elmont, New York.
Al Bello Getty Images

On Saturday, thousands of people will swarm to Long Island for the Belmont Stakes, the final leg of horse racing’s foremost contest. With Nyquist’s loss in the Preakness Stakes, there’s sadly no hope of a horse taking home the Triple Crown this year. Still, racing fans have plenty to look forward to on Saturday. The field of competitors could be the second-largest in Belmont history, creating the potential for an exciting finish between a number of strong horses, including Preakness victor Exaggerator.

Millions of gamblers will also lay odds on which of the nation’s speediest thoroughbreds will complete the 1.5-mile lap around Belmont Park first. While for many, betting at the track is just for fun, it’s also an activity at which you can excel if you have a strategy. Seasoned investors might be happy to learn that you can borrow some of the same techniques to build a profitable portfolio.

Here are some tips that you can use to make money, both at the track and in the stock market.

1. Understand that it’s a long race.

There’s a reason why the Belmont Stakes is called “The Test of a Champion.” At a mile and a half, the Belmont is not only 20% longer than the Kentucky Derby, it’s the longest race of its kind in the United States. No wonder, then, that this marathon of a race has tripped up scores of would-be Triple Crown winners.

Investing is much the same way. Investors often get caught up in the short-term fluctuations in the market without taking the bigger—or, rather longer—picture into perspective. For instance, it’s hard not to be drawn to stocks that are doing well right now. Over the past three years, for example, shares of technology companies have soared 14% annually. Sounds great. But all it takes is a few rough patches here or there to erase such early leads.

Take a step back, and you see that over the past 15 years—a period that encompasses parts of two bear markets—tech shares have gained only 4% annually, which puts the sector behind bonds in terms of performance. The bottom line: Maintain an even keel throughout the entire race.

Recreational bettors may love the thrill of picking a long shot once in a while in hopes of turning a small sum into big money—sort of like winning the lottery. But knowledgeable bettors try to put themselves in the best possible position to win by wagering on multiple horses in a given race, says Jon W. Ulin, a certified financial planner in Boca Raton, Fla.

On an ordinary day at the track, that advice is particularly true if you’re playing a pick 3, 4, or 6, in which bettors select the winners of a number of consecutive races. As the odds of winning decrease, it becomes more important to select multiple combinations of horses to win. The same is true on Wall Street.

How the Kentucky Derby Is Raising the Stakes for its Fans

While stock market investors all want to find the next Facebook, the odds of being able to—before the rest of the investing world identifies such stocks and profits from them—are slim. So for the vast majority of investors, going with a diversified approach to picking a portfolio will likely yield the best results.

The simplest way to do that is by picking three funds that in turn will own thousands of securities on your behalf. There’s the Schwab Total Stock Market Index fund SWTSX -1.03% , for example, which gives you exposure to roughly 2,500 individual stocks that represent the total U.S. stock market ranging from the largest stocks to small-company shares. The Vanguard Total International Stock Index fund VGTSX -2.49% gives you exposure to more than 5,000 foreign companies that represent international equities in both developed and emerging economies. And the Vanguard Total Bond Market Index fund VBMFX 0.18% holds nearly 17,000 individual bonds that represent the total U.S. fixed income market.

These three funds—which are all found in the MONEY 50, our recommended list of mutual and exchange-traded funds—will allow you to cover all the bets.

When betting at the track, you can’t overlook the track’s cut, which can be as much 20%-25%. The larger the house’s take, the less that goes to your winnings.

Similarly, when you’re picking the right fund, you always have to be mindful of how much mutual fund companies are taking out of your winnings in the form of fund management fees. “The larger the house’s cut, whether at the track or the investment account, the harder it is to make a decent return,” said Jonathan H. Swanburg, a certified financial planner in Houston.

While mutual fund fees are nowhere near as large as a racetrack’s cut—funds may charge 0.5% to 2% of assets annually to cover management, research, and administrative costs—those expenses come straight out of your total returns. Even a seemingly low percentage could be detrimental to your ability to compound earnings over the next 30 or 40 years. In fact, a recent study from Morningstar found that lower fund fees can be an accurate predictor of fund performance.

4. Don’t count on recent winners to stay in the winner’s circle.

The Belmont is often the place where Triple Crown dreams go to die. Fewer than 9% of Kentucky Derby victors have gone on to win the Triple Crown after a Derby victory, unable to cope with the grueling marathon length of the Belmont.

While that’s not an issue this year — there will be no Triple Crown victor, as Exaggerator beat Kentucky Derby winner Nyquist in the Preakness—the Belmont still stands as a good reminder of the dangers of assuming that recent champions will stay victorious.

Investors tend to look at stocks or sectors or funds that have outperformed the market in recent years, in hopes that they will keep winning. Yet on Wall Street, investments have a tendency over the long run to “revert to the mean,” meaning that they will tend to fall back in line with their long-term performance. And that means the top-performing fund or sector rarely repeats in consecutive calendar years.

For more on investments, watch:

5. Only gamble as much as you can lose.

Regardless of whether you’re a novice racing fan or beginning investor or whether you consider yourself a seasoned expert, remember that no outcome is a sure thing on the track or the stock market.

Therefore, if you choose to roll the dice and wager on a single winner, make sure your finances can withstand the worst-case scenario. When you’re taking a flier on a stock that you have a hunch about, “this ought to be ‘play money’ and no more,” said George R. Gagliardi, a certified financial planner in Lexington, Mass.

In the market, that means the risks you take with individual stocks should be limited to a few thousand dollars, if you can afford it. In terms of taking a chance on a larger theme—such as, say, a biotech fund or an emerging market ETF—limit your speculation to that 10%-20% of your total portfolio that you consider your “explore” money. That is, that small pot of money that you’re willing to take greater risks with and that you can afford to lose a portion of.

This was originally published on MONEY.