Smartphones Are Making You Slack Off at Work 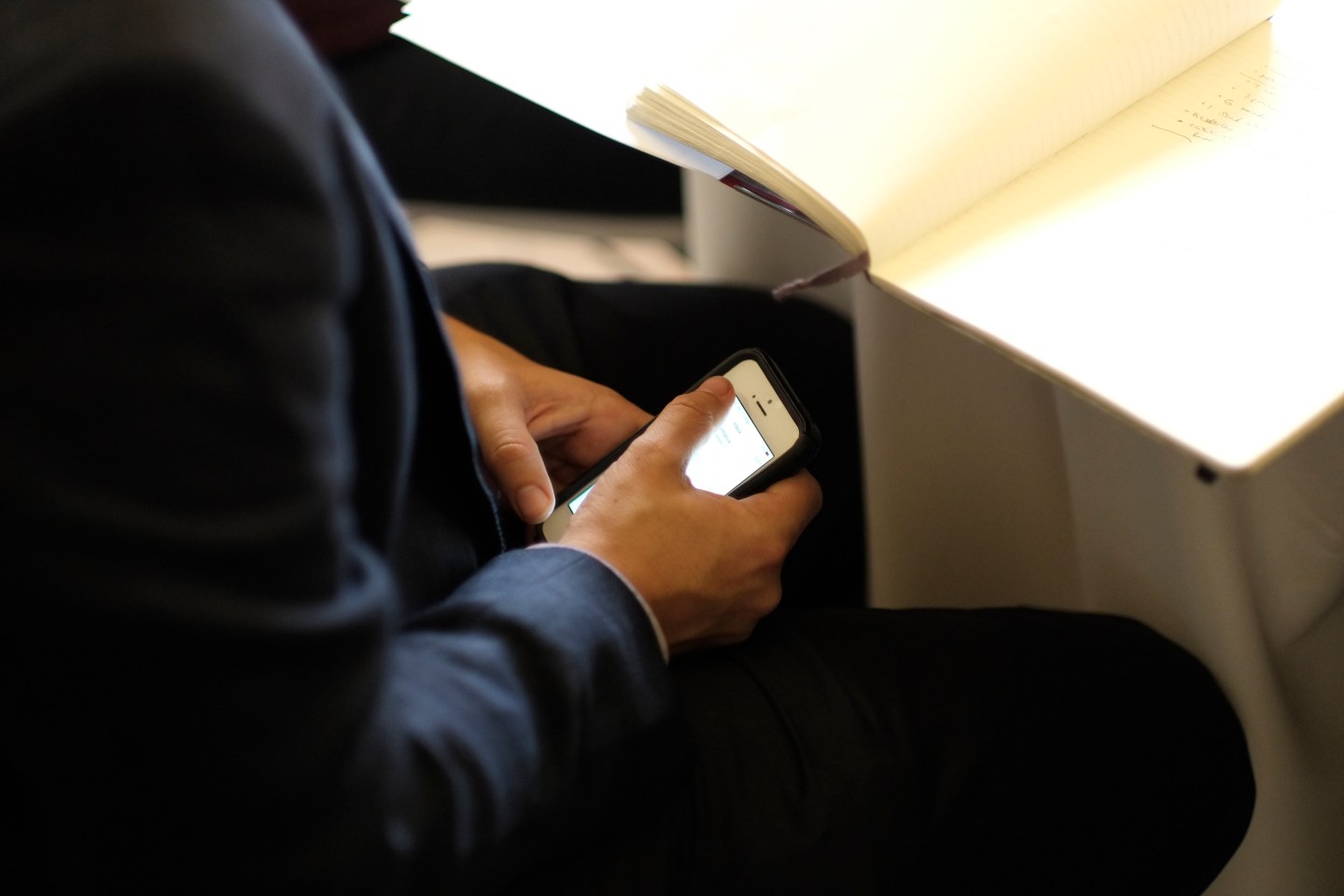 3 in 4 employers say two or more hours a day are lost in productivity because employees are distracted.
Eddie Gerald —Getty Images

Reading this on your smartphone while at work? You’re part of a big issue at hand.

According to a new survey from CareerBuilder of 2,186 hiring managers and 3,031 full-time employees, 1 in 5 employers (19%) think that employees are productive fewer than 5 hours a day. When asked what’s to blame for the lack of productivity, 55% of employers said workers’ texting/cell phones is the biggest source of distraction.

According to the survey results, there’s a high cost of low productivity. Almost half of employers (48%) said smartphone distractions compromised the quality of work. Other negative consequences included: a lower morale because other workers have to pick up the slack (38%), a negative impact on the boss/employee relationship (28%), and missed deadlines (27%).

The survey also showed that some companies (76% of employers) have made efforts to control productivity issues, such as blocking certain Internet sites (32%), and banning personal calls/cellphone use (26%).

“While we need to be connected to devices for work, we’re also a click away from alluring distractions from our personal lives like social media and various other apps,” said Rosemary Haefner, chief human resources officer at CareerBuilder, in a news release. “The connectivity conundrum isn’t necessarily a bad thing, but it needs to be managed. Have an open dialogue with employees about tech distractions. Acknowledge their existence and discuss challenges/solutions to keeping productivity up.”