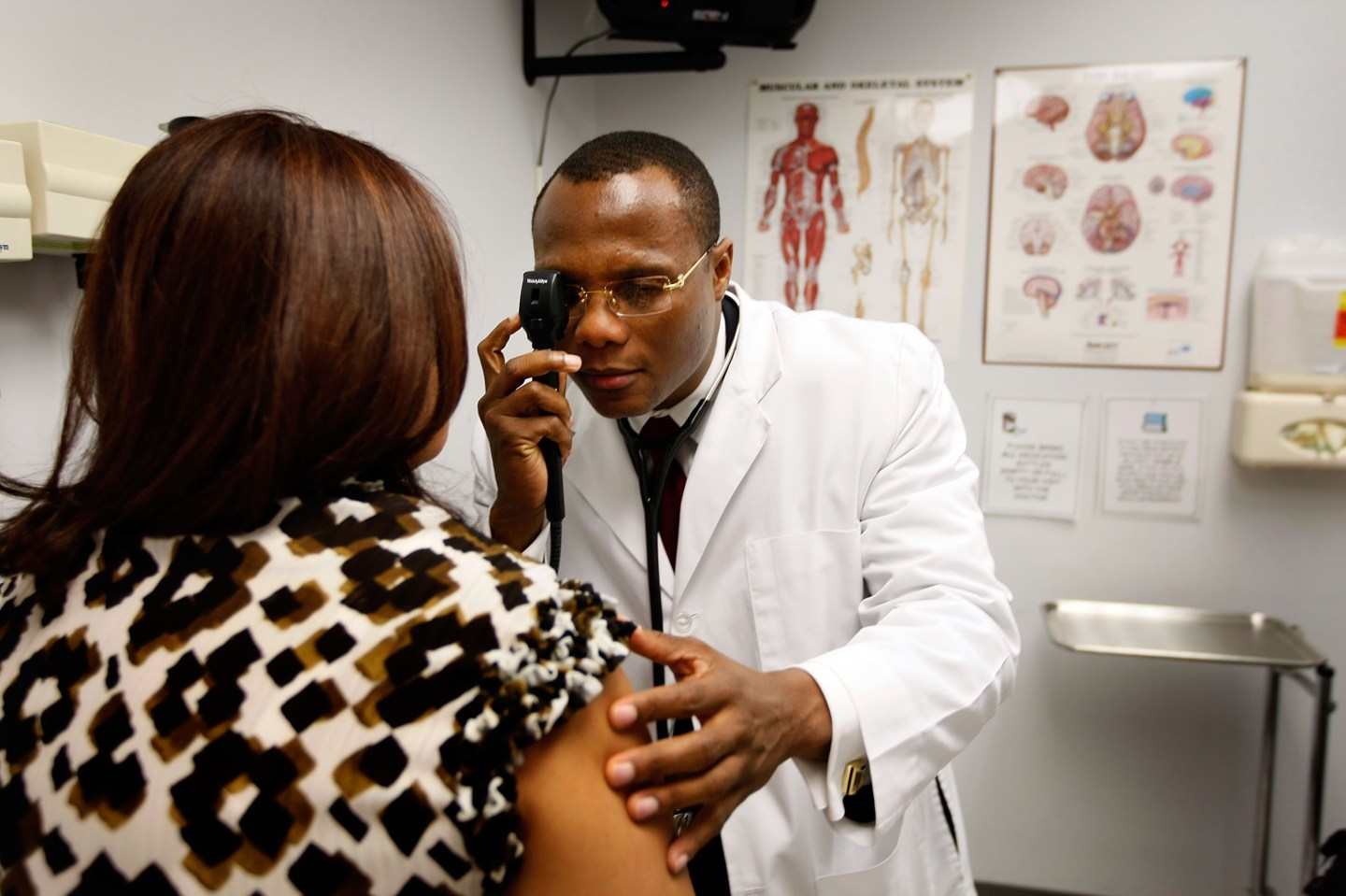 Far too often, a person’s sex or skin color is connected to how much he or she earns—even in the reputationally well-paying field of medicine, finds a new study published in The BMJ. Men make more than women, and white male doctors typically earn about $60,000 more than black male doctors.

A strong body of literature backs the first finding. Women in medicine make about $15,000 less than men, even after controlling for age, geography and specialty, according to one study last year. (It’s not limited to medicine; check out TIME’s pay gap calculator to see the differences across various fields.)

Jena, an economist and physician, and his team analyzed census data of a nationally representative set of U.S. physicians from 2000 to 2013. They adjusted the data for age, hours worked and the state in which doctors practiced.

In a second analysis, the researchers used a smaller data set that was able to control for even more factors, including specialization, insurance cases and practice type, which are thought to influence income. Even then, “the black-white income gap among physicians persists,” Jena says.

But why? “It really is hard to understand what exactly is driving this difference,” says Jena. “It could be the case that black male physicians have far different preferences than white male physicians when it comes to the types of places that they want to work—but my sense is that’s probably unlikely.”

The pay disparities by race and sex reflect those in the overall labor market, yet pay differences by race are often attributed to factors like differences in education. But in medicine, a field that requires fearsome levels of education for everyone, other factors must explain the gap. “You would think or hope that as you start to focus in on people who are much more similar than they are dissimilar, that income disparities would start to vanish,” says Jena. “It appears that that’s not the case.”

This story is published in partnership with Time.com. You can find the original article here.