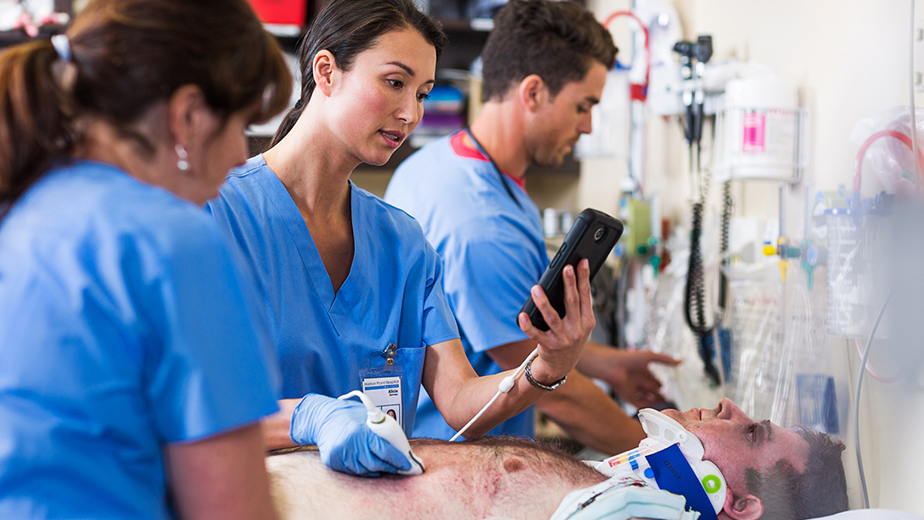 Demand from technology-savvy patients seeking control over their medical data will overcome privacy concerns about the “connected” products and services Philips is now focused on, its chief executive said.

The success of the Dutch company’s decade-long transition from a consumer goods giant specializing in lighting to a seller of networked medical products will depend in part on whether Philips CEO Frans van Houten’s vision for healthcare is right.

“Patients want access to data, and many providers…are skeptical,” Van Houten said in an interview, citing the results of a company-funded survey released Wednesday.

Van Houten said change was inevitable, despite concerns over privacy and cyber-security, noting that younger doctors and patients are more willing to consider data-sharing, which he said leads to lower costs and better medical outcomes.

The study showed major markets including Germany and Japan are near the bottom of the list of those prepared to adopt connected technologies, which can give a joined-up picture of a patient’s overall health.

Van Houten decided in 2014 to sell Philips Lighting in order to focus on health technology, a high-growth industry where he believes the company can command better margins, selling medical devices such as sleep apnea masks and high-end medical scanners to hospitals.

Increasingly it offers data management, analysis, and software to accompany these products.

Philips (PHG) raised $840 million from selling a 25% stake in its lighting business last month, and says its $1.2 billion acquisition of U.S. device maker Volcano last year is a model for its strategy of filling gaps in its portfolio.

Wednesday’s survey is intended to bring “patient views and provider views together to…force the change in the ecosystem” Van Houten said.

Based on perceptions, behaviors and attitudes of nearly 28,000 patients and healthcare professionals, the survey found the United Arab Emirates was most willing to embrace healthcare system integration, with the Netherlands and China also ahead.

Germany, Brazil, and Japan had the lowest readiness.

Van Houten declined to say whether Philips can meet an 11% adjusted EBITA margin target it has set for itself for this year. Analysts are skeptical after its first quarter margin was 6.8%, although Philips says improvements will be “backloaded” toward the second half of the year.