Ford and Fiat Chrysler Are Going to Make More SUVs 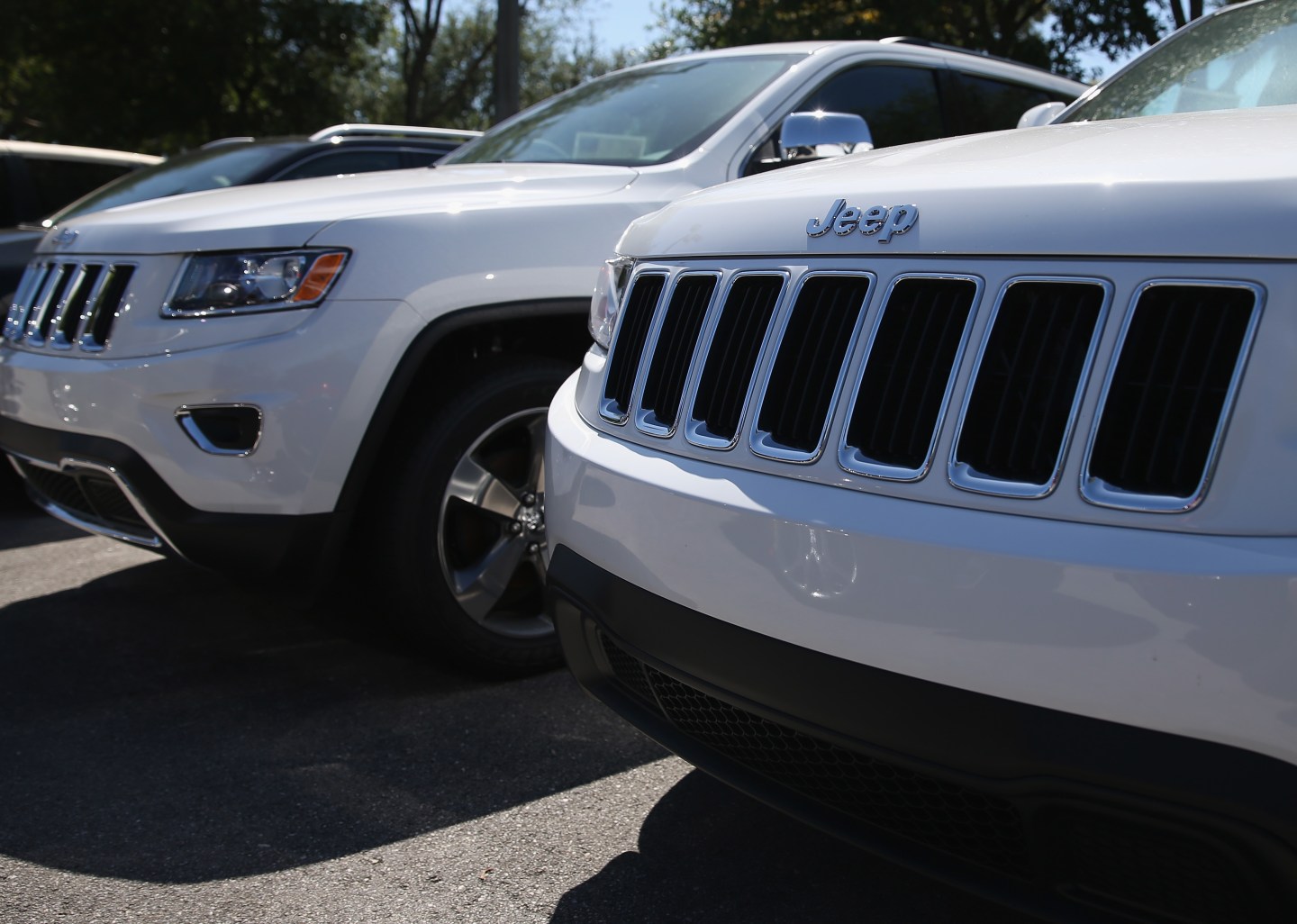 2014 Jeep Cherokees are seen on a sales lot on April 2, 2014 in Miami, Florida.
Photograph by Joe Raedle — Getty Images

Ford Motor (F) and Fiat Chrysler Automobiles (FCAU) are cutting production of smaller cars and idling workers at some North American factories, while boosting output of sport utility vehicles in reaction to a long-term shift toward larger vehicles, the companies said on Tuesday.

The Detroit-area plant that makes the slow-selling Ford Focus and C-Max compact cars will shut an additional five weeks through the end of this year, Ford told Reuters.

Ford spokeswoman Kelli Felker said company executives earlier this year saw demand for small cars slowing and planned the extra downtime. The factory employs about 2,445 hourly workers, most of whom will be laid off when the plant is idled.

U.S. consumers have increasingly favored SUVs and pickup trucks over traditional cars like sedans and hatchbacks. Car sales made up about 42 percent of U.S. new-vehicle sales in the first five months of this year. That compares with about 46 percent in the same period of 2015, and 51 percent in 2013, when U.S. gasoline prices were still averaging above $3 a gallon.

The U.S. government has forecast gasoline prices will average about $2.27 a gallon this summer. As gas prices have fallen, so has demand for smaller cars such as the Focus. U.S. sales of the model are down 12 percent through the first five months of this year.

At the same time, auto makers are revving up production of sport utility vehicles and trucks. Ford said on Tuesday that five of its U.S. and Canadian plants that make SUVs or heavy duty trucks will have one rather than the normal two weeks of summer shutdown in order to keep up with robust demand.

Among the plants with reduced downtime due to high demand is the Louisville Assembly Plant in Kentucky, which makes the Ford Escape, one of the top-selling SUVs in the United States.

Fiat Chrysler said that five of its plants in the United States and Mexico will not have any summer shutdowns this year and three other factories will shorten the normal two weeks of downtime to a single week.

FCA said previously that it plans on July 5 to cut a shift at its Detroit-area plant that makes the light-selling midsize Chrysler 200, indefinitely laying off 1,300 workers.

In April, after an earthquake in Japan cut supplies of some auto parts, GM chose to send parts it had to pickup truck and SUV plants and shut for two weeks four plants that mostly make cars.