You Can Run Android On Your iPhone—Kinda 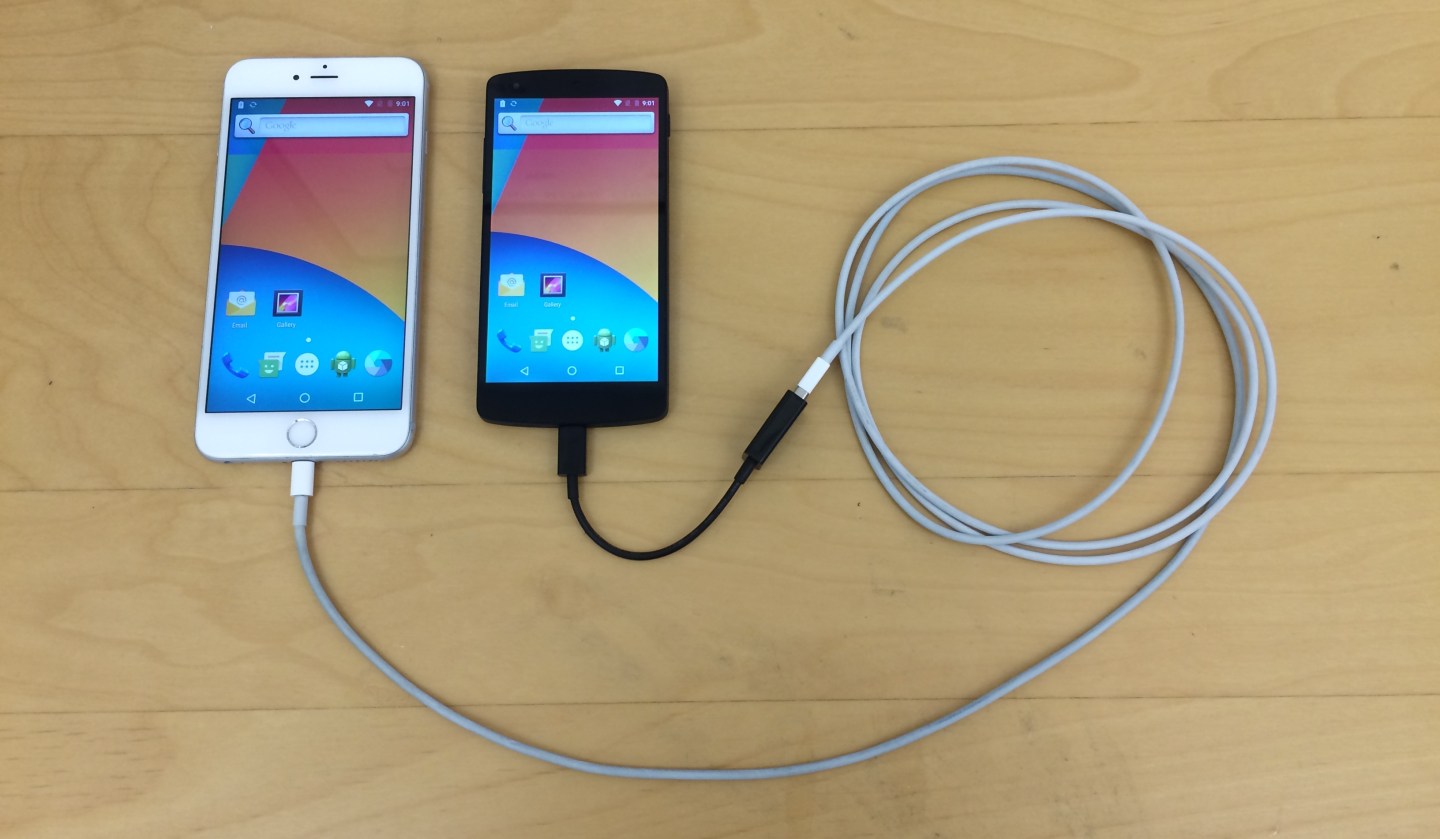 If you ever wanted to run Google’s Android platform on your iPhone, there’s a way. Kinda.

Nick Lee, partner and chief technology officer at Tendigi, a mobile design and engineering company, has developed a way to get Google’s (GOOGL) operating system running on Apple’s (AAPL) hardware. And it’s about as hard to achieve as you might think.

In a lengthy blog post, Lee outlined how he and his team were able to get Android running on the iPhone. The team relied heavily upon Android’s open-source backbone, allowing it to fiddle with the operating system, as well as a wide range of tools and services, that helped it create the experience.

On the hardware size, Lee and his team used an extremely small computer board that runs an octa-core ARM (ARMH) Cortex processor. On that computer-on-a-chip, Lee loaded a customized version of Android 6.0.1 Marshmallow. He then placed his tiny Android-based computer into an iPhone case and attached both a battery and a Lightning cable that would allow that computer to connect to Apple’s smartphone.

From there, it was (somewhat) easy. Lee built a custom Tendigi app that could work with the custom computer he had just built, booted it up, and connected the board to the Lightning port in the iPhone. The custom Tendigi app automatically recognized the connection and he was able to run Android from within the app.

In a video, Lee is shown opening the Tendigi app and doing everything from flipping around apps to opening programs within Android. And he’s doing it all on the iPhone.

Tendigi’s “hack” is notable in light of Apple’s unflinching desire to keep its iPhones closed down to other operating systems. Indeed, the company has only offered iOS on its products and has never shown signs of letting up. Android-based devices, however, are most likely to run Google’s Android OS, but might also run third-party options.

Tendigi, which was previously able to get Windows running on an Apple Watch, has found a workaround to Apple’s constraints without forcing users to jailbreak their iPhones.

That said, there are some limitations to Tendigi’s creation. In reality, Android isn’t technically running on the iPhone. Instead, Android is running on a separate chip that sits behind the iPhone. Apple’s operating system is simply running an app that’s capable of displaying and running Android by connecting to the accessory.

For more on iPhone and Android, watch:

Still, running Android on an iPhone has long been something that some Apple customers have wanted. And now, Tendigi has shown it’s possible. So if you have the know-how and want to give it a go, see if you, too, can get Google’s operating system running on your iPhone.

“Finally, Android on the iPhone. You heard me,” Lee said in a blog post. “The holy war is over, brethren.”