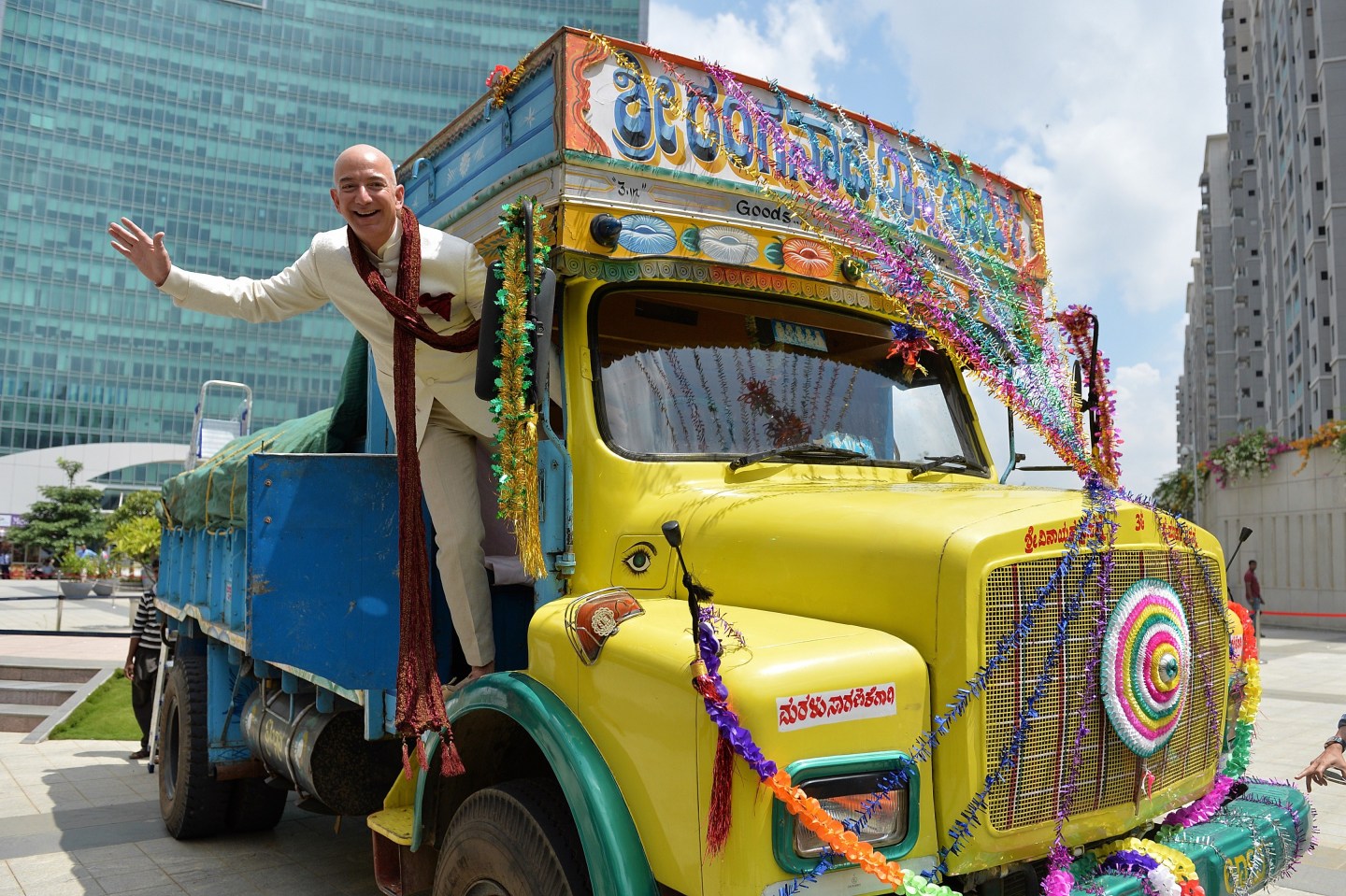 Amazon (AMZN) said last year that it was going to double down on India, and now it’s putting its money where its mouth is.

Having already stumped up $2 billion a couple years back, Jeff Bezos’s giant said Tuesday that it would invest another $3 billion as it sees “huge potential in the Indian economy.”

However, Amazon is being cagey about specifying how or when the new cash will find its target.

Amazon acts only as a platform for vendors in India rather than a direct merchant itself, due to local regulations. It may still have regulatory troubles, though, as one of its Indian sellers, Cloudtail, reportedly accounts for between 40 and 50 percent of its sales—a potential violation of new rules that appeared this year, designed to limit the power of individual vendors on online marketplaces.

Bezos said at a Washington event, attended by Indian prime minister Narendra Modi, that Amazon had already built 21 fulfillment centers in the country and was able to reach throughout the nation through its deal with India Post.

“I can assure you it’s only the beginning and as we say in Amazon, it’s only day one,” Bezos said.

The U.S. firm has certainly been investing regularly in the market. Earlier this year, it bought a local online payments company called Emvantage. At the end of last year, it led an investment round into the on-demand home cleaning service Housejoy.

For more on Amazon, watch our video.

Amazon Web Services, the company’s cloud computing arm, has also been building data centers around Mumbai, in order to give local customers a closer alternative to its Singapore-based cloud region. The Indian region should open this year.

Amazon is also building a software engineering and development center in Hyderabad—its largest outside the U.S.