Bernie Sanders Is Taking the Wrong Lessons From Sweden 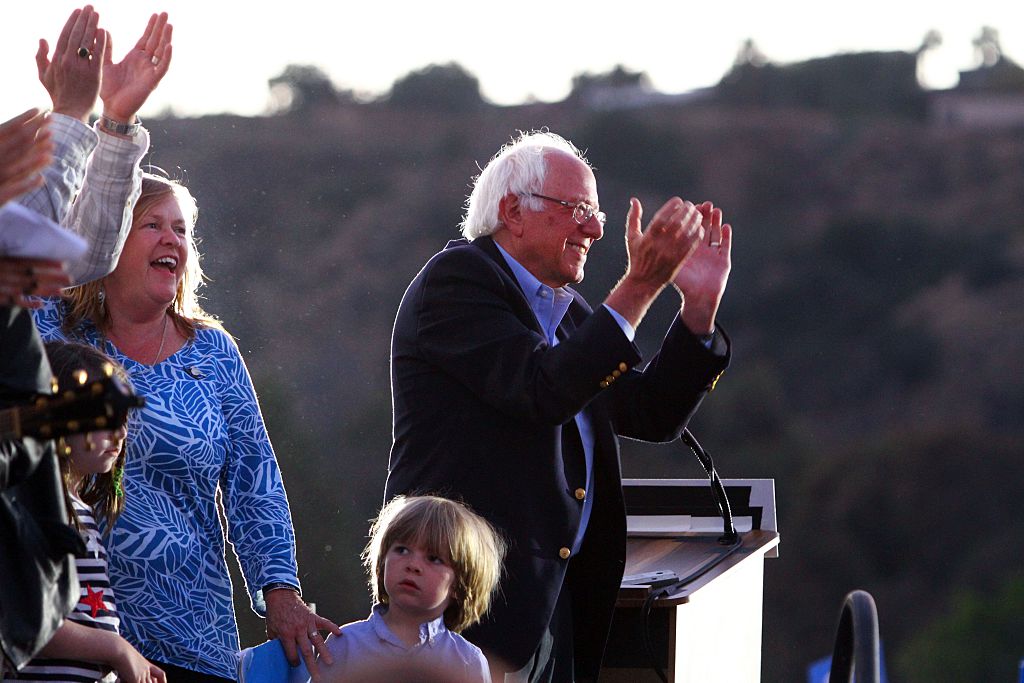 Bernie Sanders’s bid for the White House is all but over. Hillary Clinton has won 3 million more votes and more than 250 more pledged delegates than Sanders. But at this stage of the race, the Vermont senator’s ideas arguably pose a greater threat to Clinton than his candidacy.

Sanders is trying to make Clinton pick a progressive running mate. He is planning to organize his legions of supporters at the Democratic National Convention in July to push the former secretary of state to adopt as many of his leftist proposals as possible. And he has already spurred a down-ballot movement; at least 30 congressional candidates are running under his banner in this electoral cycle.

Many Clinton backers worry that Sanders is moving the party too far to the left, making the Democratic nominee less electable. But aside from electoral politics, another problem is that much of Sanders’ policy agenda, in an attempt to turn the U.S. into a Northern European welfare state, is ill-informed and would put America at great risk, if ever implemented.

Considering all the praise that Sanders, a self-proclaimed democratic socialist, and his supporters have heaped on the leftist countries of Scandinavia in particular, they should look to Sweden for critical policy lessons. Sweden has already tried numerous of Sanders’ ideas, and unfortunately many of the senator’s proposals overlook the country’s successes and repeat its failures.

Start with the minimum wage. Sanders has proposed more than doubling the federal minimum wage to $15 an hour. Sweden does not have a national minimum wage, but collective bargaining has resulted in notoriously high entry-level wages that have contributed to an unemployment rate of 7.4%, which is above the OECD average and also two percentage points higher than in America.

In the U.S., the youth are among those at greatest risk of losing out from Sanders’ blanket pay hike since their primary competitive advantage is lower reservation wages. Today nearly half of all workers paid at or below the federal minimum wage are under age 25. While doubling their pay would increase living standards for some of them, others would risk losing their jobs, bringing America’s youth unemployment at 11.6%closer to Sweden’s at 20.3%.

One study found that the Swedish tax did not reduce volatility, but instead caused a drop in equity prices. Moreover, some 60% of the volume of the 11 most-traded Swedish stocks migrated abroad. In the end, the fall in capital gains taxes did entirely offset the new revenue from the financial transaction tax, which illustrates the perils of introducing a similar tax in America.

Sanders has also proposed making public colleges and universities tuition-free. The purpose is to relieve students of debt and make higher education more accessible. However, Swedish student outcomes suggest that free education would likely under-deliver. Although eliminating tuition would reduce loan needs for some students, the expected impact on debt burden should not be overestimated. Room, board and travel are a few of the many expenses that the typical college student faces. This helps explain how it is possible that in Sweden, where college is tuition-free, many graduates leave school under surprisingly poor conditions. One report, for instance, estimated that some 85% of Swedish students graduate with debt, compared with only 50% in the U.S.

Tuition, if used correctly, redistributes resources from the wealthiest families to the poorest students, who are in need full-ride scholarships (that cover all expenses) and who would not be able to enroll even in the absence of teaching fees. Perhaps it should therefore not be surprising that tertiary enrollment, in fact, is lower in Sweden than in America. Sanders’ plan is costly, would likely have a limited effect on student debt and risks reducing access to higher education for the neediest students.

Not only has Sanders adopted some of Sweden’s worst policies, but he has also ignored some of its best.

Take free trade. The Vermont senator seeks to reverse trade agreements such as NAFTA and CAFTA based on the claim that free trade pushes down wages and ships jobs overseas. But Sweden, one of the leading voices for free trade in the post-war era, proves that trade liberalization is compatible with high wages and job growth. In addition, Scandinavia’s largest country exemplifies how freer trade boosts living standards by offering people access to much cheaper goods and services.

Of course, a few of Sanders’ Scandinavian-style policies are sound. Major investments in American infrastructure are long overdue. A federal paid parental leave scheme would bring the U.S. closer to parity with other wealthy countries. Providing universal healthcare is also a lofty goal. But getting things done is a different story.

This points to a recurring problem with the Sanders platform: his most progressive positions tend to either be poorly informed or unlikely to be realized. Sanders supporters would be wise to learn from Sweden: abandon enchanting ideas that have not worked, and be bold enough to adopt those that have been successful.

Simon Hedlin is a public policy researcher and a former political adviser at the Swedish Prime Minister’s Office.