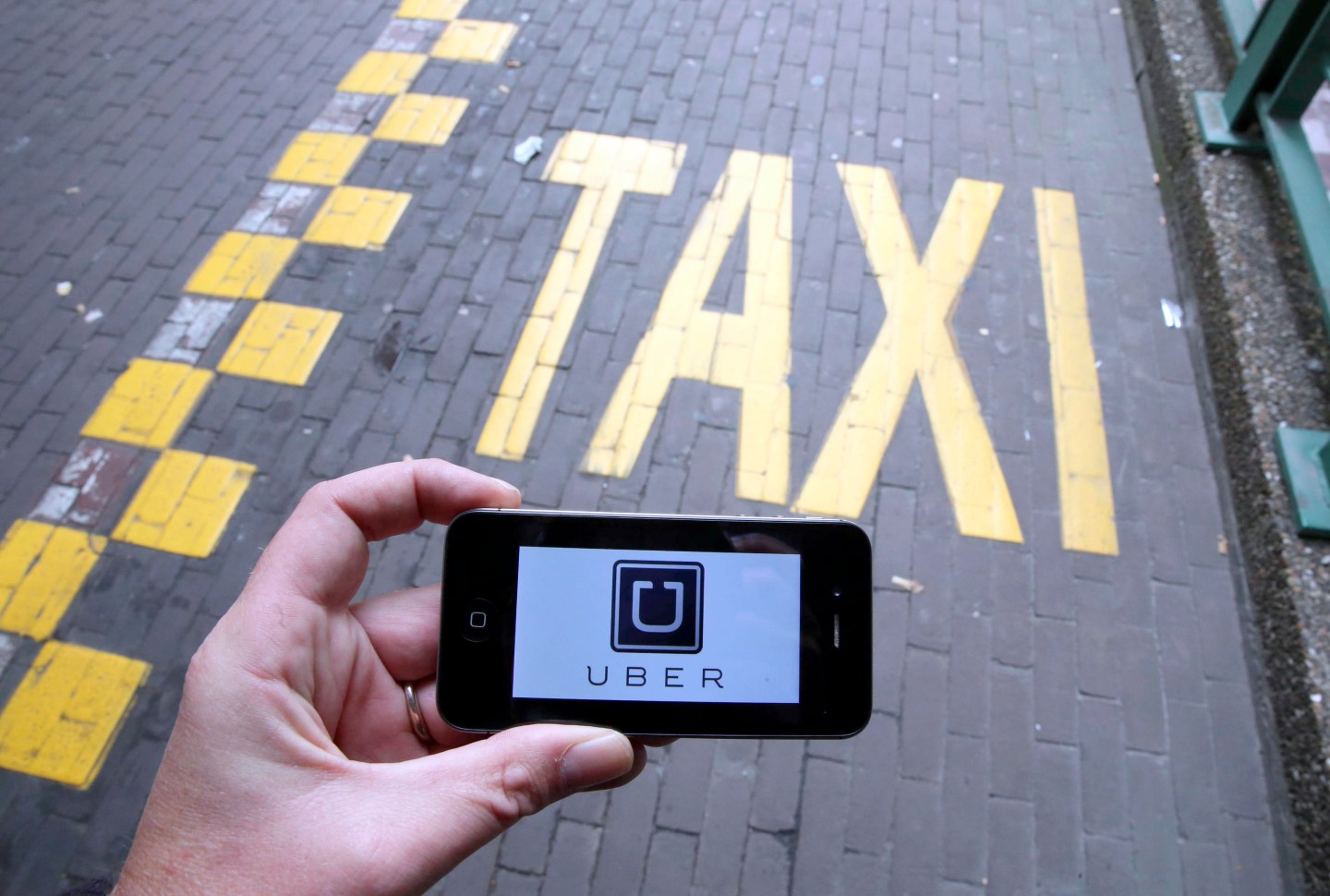 (Reuters) – A group representing 5,000 Uber drivers in New York City filed a lawsuit on Thursday accusing the ride-share company of depriving drivers of various employment protections by misclassifying them as independent contractors.

The proposed class action lawsuit filed in federal court in Manhattan by the New York Taxi Workers Alliance on behalf of 10 drivers is the latest to claim Uber drivers should be considered employees entitled to minimum wage, overtime pay and reimbursements for expenses.

Uber spokesman Matthew Wing said in a statement that the lawsuit was “a thinly veiled stunt” and criticized the Taxi Workers Alliance for suing on behalf of Uber drivers and not its other members.

The group said it filed a separate complaint on Thursday with the National Labor Relations Board claiming arbitration agreements Uber drivers signed illegally prohibit them from bringing class action claims.

The Taxi Workers Alliance criticized a recent deal between Uber and the International Association of Machinists and Aerospace Workers union to create an “independent drivers guild” for the company’s New York drivers, highlighting a sharp divide among labor groups grappling with the rise of the “gig economy.”

The group’s lawsuit said Uber expanded aggressively in New York beginning in 2011 by promising drivers decent wages. Instead, the group said, most of the drivers’ pay went toward car payments, maintenance and surcharges from the company.

“Uber, through its practices and broken promises, severely harmed the thousands of drivers they recruited and have contributed greatly to a ‘race to the bottom,'” the lawsuit said. It alleges violations of state and federal employment laws.

Taxi trade groups have opposed Uber‘s rapid expansion and said the company should be required to fingerprint drivers and make cars accessible to people with disabilities, as required of taxi companies.

In April, Uber agreed to settle a major class action lawsuit that also claimed drivers were actually employees, brought on behalf of 385,000 drivers in California and Massachusetts for up to $100 million.

A federal judge in San Francisco is scheduled to hold a hearing on Thursday on whether to approve the settlement, which has drawn about three dozen objections.

At least eight similar cases are pending in seven states including New York and Texas, and four others have been sent to arbitration, where drivers can bring only individual claims.

Update (6/2/2016) 6:30 pm: This story was updated with additional information. The headline was also changed to better represent the number of plaintiffs in the case.