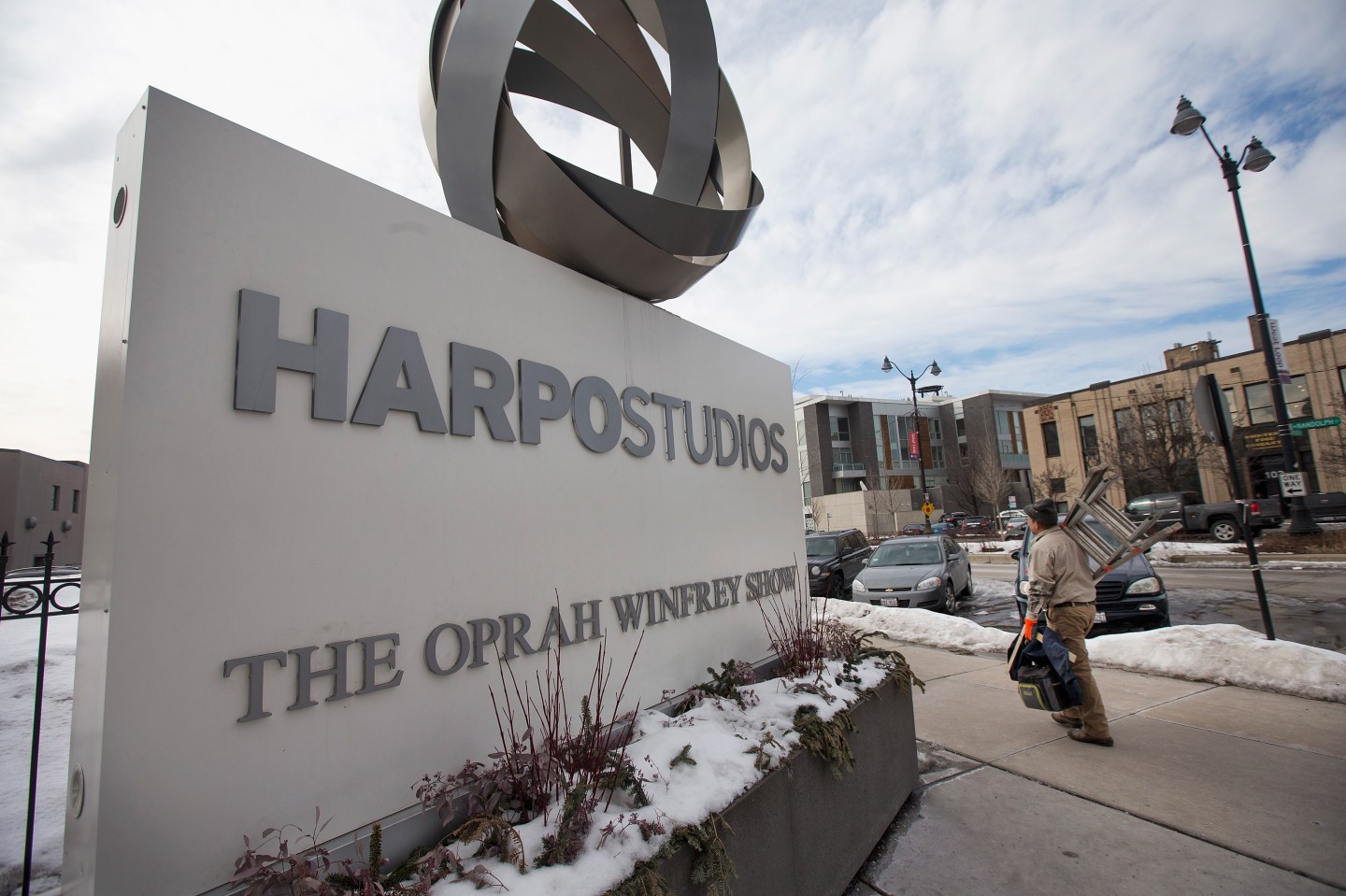 CHICAGO, IL - MARCH 04: A worker walks by Oprah Winfrey's Harpo Studios on March 4, 2015 in Chicago, Illinois. Winfrey announced that she would be closing the facility which once housed her talk show but lately had been used for production of some of Winfrey's OWN network shows. The closing will eliminate about 200 jobs in Chicago as the existing production will migrate to the West Coast. (Photo by Scott Olson/Getty Images)
Photograph by Scott Olson Getty Images

McDonald’s Corp is nearing a deal to shift its headquarters to the former Harpo Studios campus in Chicago from Oak Brook, Illinois, Crain’s Chicago Business reported.

The world’s biggest restaurant chain is in advanced negotiations with Chicago-based developer Sterling Bay to move its headquarters to a building on Randolph Street, Crain’s Chicago Business reported, citing people familiar with the deal.

“We’re not going to speculate and when we have information to share, it will be with our employees first,” McDonald’s said in an e-mail.

Sterling Bay did not immediately respond to a request for comment outside regular business hours.