House Flipping Is Back Again 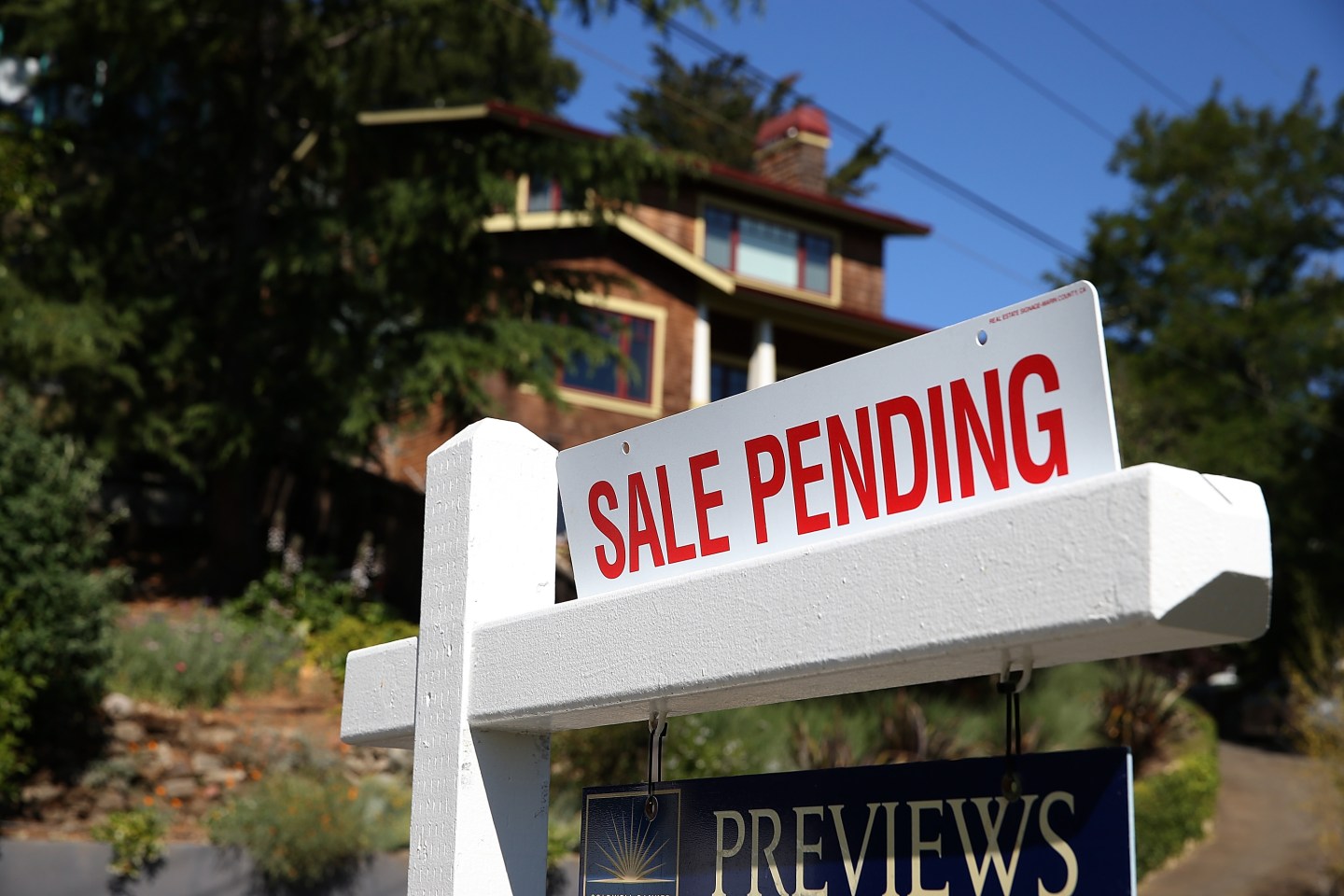 SAN ANSELMO, CA - MAY 22: A sale pending sign is posted in front of a home for sale on May 22, 2013 in San Anselmo, California. According to a report by the National Association of Realtors, sales of existing homes inched up 0.6% to a seasonally adjusted annual rate of 4.97 million, up from 4.94 million in March, the highest level since 2009. (Photo by Justin Sullivan/Getty Images)
Justin Sullivan—Getty Images

Home flipping — buying and then selling a house or condo within 12 months — is on the rise and at a two-year high. Although still not at the levels of 2006, the practice is seeing some sharp increases.

Flipping as a percentage of all sales reached an all-time high in the following markets:

The return on investment, or the gross profit on the sale, was strong. Homes flipped in the first quarter saw an average gross profit of $58,520, a 10-year high. In some markets, flippers saw gross profits of 80% or more of the price they paid for homes:

What’s behind the increase?

RealtyTrac senior vice president Daren Blomquist saw several reasons for the increase, including greater confidence in the real estate market and more houses available after long foreclosure processes. But an important one is the growth of reality TV shows that make flipping seem an easy way to big money. “They believe that those reality shows actually have some truth to them,” he told Fortune.

In 2005, right before the crest of the boom, a reality TV show focused on flipping houses was an unusual one-off. Now there are so many that someone has even developed a spoof genre.

There is profit to be made, but the process is harder than a single episode shows. According to RealtyTrac, the average flip takes six months to complete and out of the gross profit come rehab expenses, marketing, real estate agent commissions, and other costs to upgrade and hold the home until it sells.

So far, flippers are largely acting rationally. “The majority are paying cash to buy the properties so they’re not getting into debt and they’re buying at a good discount, an average of 27% below market value,” Blomquist said. There is also increased amounts of foreclosed properties finally being sold by banks, which creates more opportunity to improve a house or condo and make a profit.

However, some markets are showing signs of overheating. In San Antonio, Texas, flippers paid 8% above market for properties. Austin saw average purchase prices by flippers of 1% over market values. In Salt Lake City, Utah; Naples, Florida; Dallas, Texas; and San Jose, California, discounts were less than 10% under market values. “That’s a bad sign that the flippers are not sticking to the fundamental flipping formula, which is to buy at a discount so you can create that margin for a profit,” Blomquist said.

The country is going back to the days where everyone wants to be a real estate mogul. For example, a Michigan lottery winner recently said she’d use her $1.1 million check to invest in her home flipping business.

But there are practical implications for the average buyer as well. Some insiders say that flipping is driving up prices in various markets. In Austin, the number of home sales rose 5.1% in April. Steven Bilyeu, owner and president of Realty Group of Austin, told the Austin American Statesman that home flipping was “driving up all the prices.”