BlackRock Is the New Government Sachs 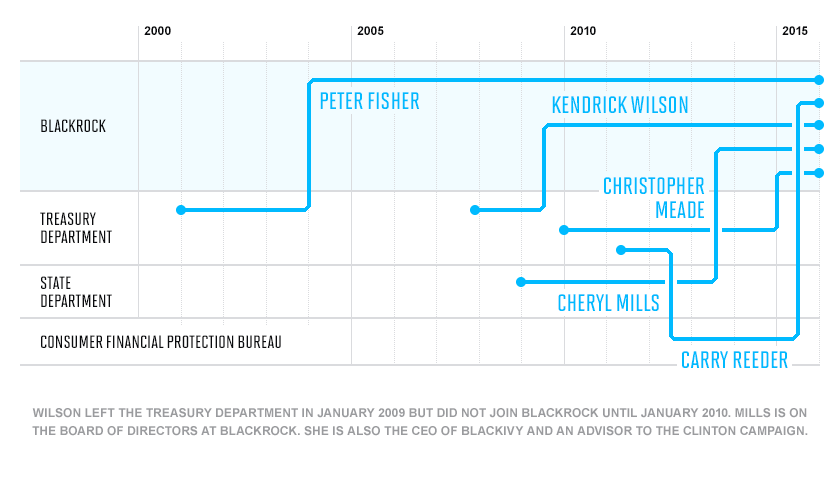 For years Goldman Sachs’s (GS) connections to government (it produced two Treasury secretaries) have drawn ire and envy, but these days it’s BlackRock (BLK) that seems to be in tight with Treasury and State. Its lobbying effort, once non-existent, has picked up steam. And several senior hires at the company have come from the capital.

We charted a few BlackRock employees path to the asset management firm, through various government agencies. A few notes: Ken Wilson left the Treasury Department in January 2009, but did not join BlackRock until January 2010. Cheryl Mills is on the board of directors at BlackRock, and is the CEO of BlackIvy and an advisor to the Clinton campaign.

For more on government jobs, watch this Fortune video:

A version of this article appears in the June 15, 2016 issue of Fortune with the headline “BlackRock Is the New Government Sachs.”