One of the Largest Private Companies in the U.S. Just Named a 35-Year-old CEO 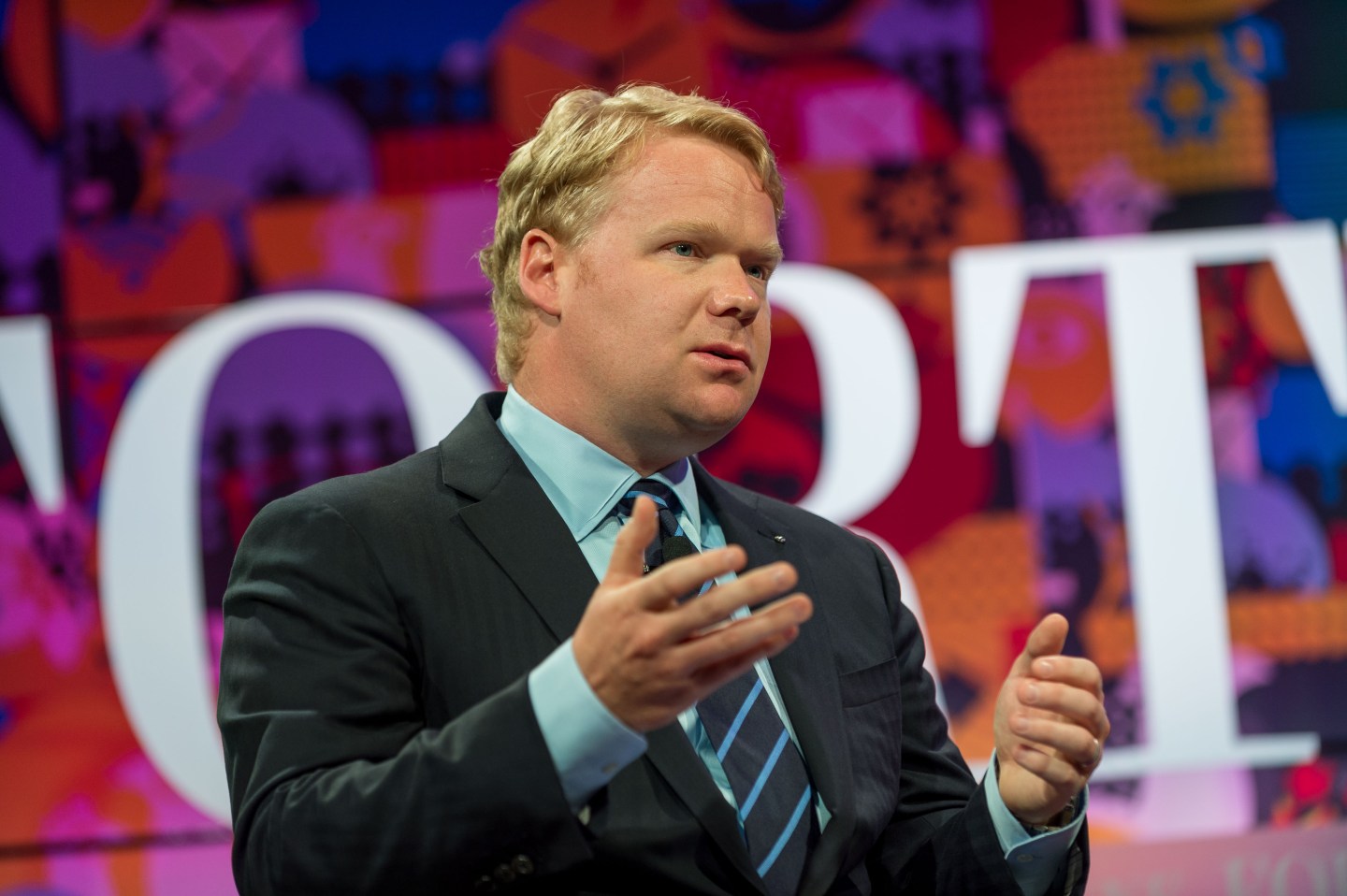 Tuesday, May 17th, 2016 Fortune Brainstorm E 10:05 AM BUILDING THE ENERGY FUTURE From the Hoover Dam to the massive Ivanpah solar facility in the Mojave Desert, global construction giant Bechtel has built some of the largest energy infrastructure projects in history. What will be the biggest energy projects of the next decade be? And what will those investments mean for all of us? Brendan Bechtel,  President and COO, Bechtel Group Inc. Interviewer: Brian O’Keefe, Fortune Photograph by Stuart Isett/Fortune Brainstorm E
Stuart Isett for Fortune

The fifth generation of what’s arguably the most successful––and durable––family dynasty in American industry is about to take charge of one of the largest engineering and construction enterprises in the world.

On September 1, Brendan Bechtel, 35, will become CEO of Bechtel, succeeding Bill Dudley, who will stay on as vice chairman. Brendan, along with his family ties, has a MBA and masters of engineering from Stanford University. Brendan has been training for the top job for a number of years. He is currently the president and COO of Bechtel.

The Bechtel board had to radically revise its succession plans in early 2014, when Riley Bechtel, Brendan’s father and a long-serving, 4th generation CEO, was diagnosed with Parkinson’s disease. Under Bechtel rules, all executives must retire at the end of the year following their 65th birthday. Hence, Riley was slated to remain in the top job until the end of 2017, while the board moved Brendan through a series of increasingly demanding jobs as part of a long apprenticeship.

For more on Bechtel, please read:

Instead, because of Riley’s illness, Dudley became the first non-family CEO in Bechtel’s 118-year history, Riley remained as chairman, and the board had to accelerate and shorten Brendan’s training program, dispatching him to lead a gigantic LNG project in Australia, head the oil and gas business, then ascend to COO and president in 2014, all in rapid succession.

Under Bechtel’s bylaws, Dudley could have served as CEO until well into 2017, but Brendan’s early ascension is clearly a vote of confidence from Dudley and the board. After stumbling in the early 2000s by diversifying into tech investments and owning power plants, Bechtel refocused its traditional pillars: oil and gas, government projects, mining and minerals, and giant infrastructure jobs, such as the more than $10 billion Riyadh Metro, and the Crossrail suburban mass transit system in London.

This writer conducted two long interview with Bechtel in reporting the Fortune story “The Master of Megaprojects.” His overriding message is one of caution. Brendan observed that cash-strapped governments, utilities, and energy companies are demanding big discounts from the prices that prevailed a few years ago, and that Bechtel’s competitors are grabbing risky business with low bids to bolster sales. As a private company, he notes, Bechtel doesn’t need to grow, It can pick and choose projects with reasonable margins, even if that means allowing revenues to shrink until the next upswing in energy prices.

As Brendan told Fortune, he’s also an unabashed believer in nuclear energy. He states that nuclear is the only clean solution capable of filling the void as the world moves away from fossil fuels. Hence, he’s investing in developing a new generation of relatively small reactors that, if successful, will be far more economical than the mega-plants of the past, that require multiple billions in investments, and many years to win approval.

Brendan also prides himself on nurturing tradition. In the press release, he expressed pride at recently honoring the 75th anniversary of his grandfather, Steve Bechtel Jr.’s, service to the family company. Steve Jr. just turned 91, and remains an active and outspoken board member. Steve Jr. served led Bechtel for three decades, and Brendan told Fortune that he expects to enjoy a tenure to match his grandfather’s.

With Gulf States shrinking their investment plans, mining in the doldrums, and new LNG projects on hold, Brendan faces an extremely tough market. Like his forbears, he’s likely to keep his eye on maintaining Bechtel’s strength not by boosting this quarter’s earnings, but steering Bechtel into the most promising fields in the decades ahead. Brendan believes in the superiority of private companies, which depends on how well the next generation runs them. He’ll need to prove once again that family management is still the best for Bechtel, and seldom have the challenges been greater.