Here’s How Much Trump Says He Raised for Veterans’ Charities 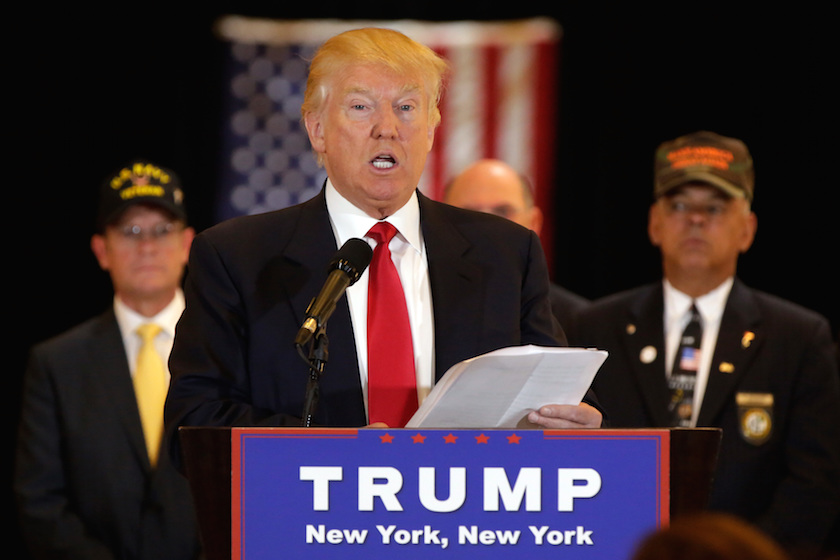 Presumptive Republican presidential nominee Donald Trump provided details Tuesday of the charities that received millions of dollars from a veterans’ fundraiser he held earlier this year following sustained pressure from media outlets trying to account for the promised funds.

Trump told reporters at a news conference in New York that his fundraiser, held in boycott of a Fox News presidential debate, raised $5.6 million, responding to questions about the amount raised and how those funds were directed.

“The money’s all been sent,” Trump said at a press conference at Trump Tower Tuesday morning, where he criticized the press for making the money an issue.

Trump had claimed that he raised $6 million through a combination of pledges from wealthy friends, the public and $1 million from himself after a splashy telethon-style fundraiser he held in Iowa in January in place of the Fox debate.

But his campaign refused to disclose which charities had received the money for months, leading some to speculate that the money raised was less than he had claimed.

“It was very unfair that the press treated us so badly,” Trump complained.

Local New York veterans affiliated with the group “the #VetsVsHate” are planning a protest outside Trump Tower to complain that Trump “has used veterans as political props.”

“Trump has been evasive and dishonest about this money, and only after being confronted for attempting to defraud vets was he shamed into accounting for the missing funds,” the group said in a release.

Trump’s campaign manager Corey Lewandowski had originally told the Washington Post that the event had raised about $4.5 million — less than the $6 million originally announced by Trump — because some who’d pledged contributions had backed out. He’d also said all the money had been given out.

Trump contradicted those comments when he told the paper that the total raised was higher and that his team had been busy vetting the groups.