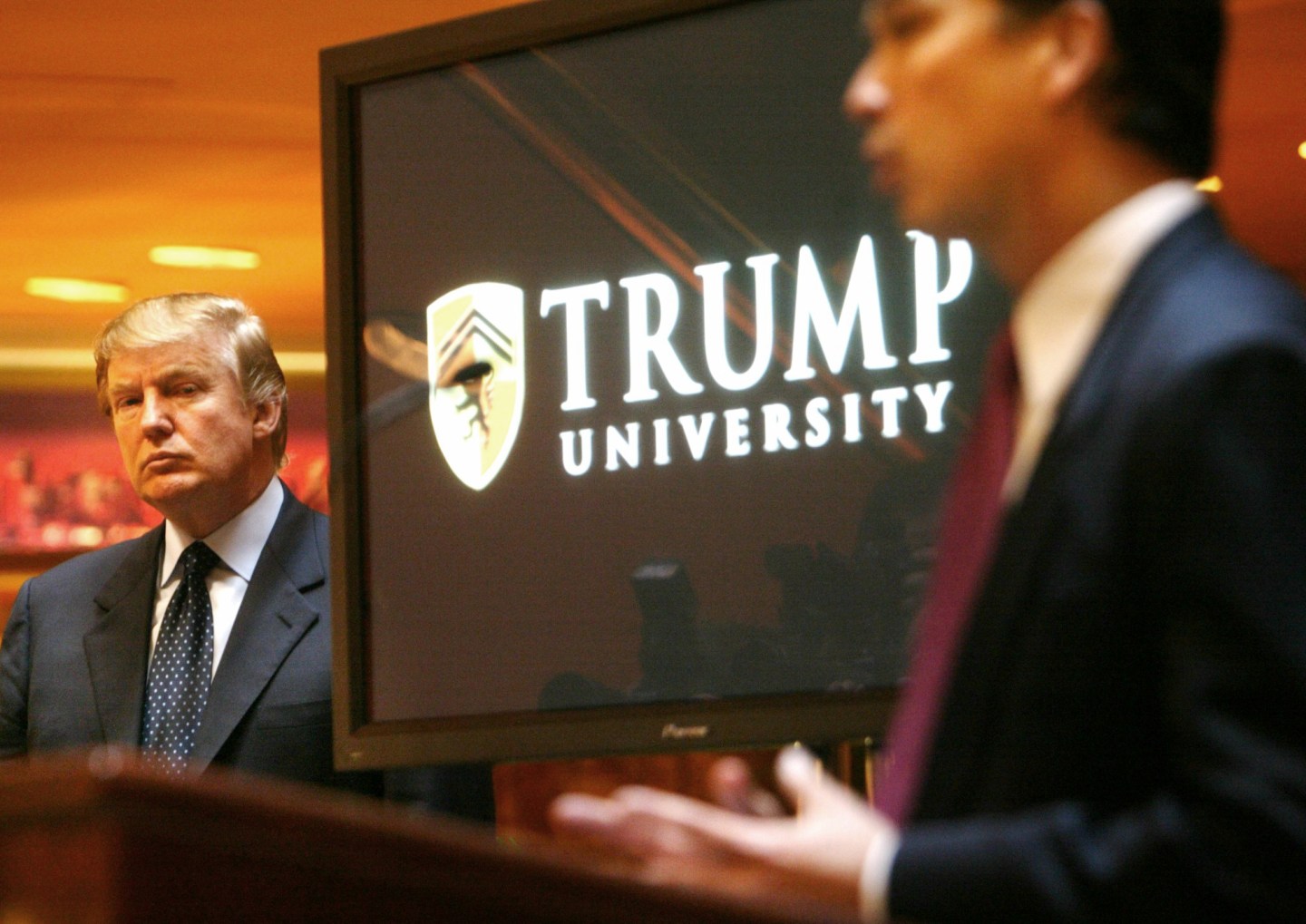 FILE- In this May 23, 2005 file photo, real estate mogul and Reality TV star Donald Trump, left, listens as Michael Sexton introduces him at a news conference in New York where he announced the establishment of Trump University. New York Attorney General Eric Schneiderman is suing Trump for $40 million, saying that Trump University didnt deliver on its advertised promise to make students rich, but instead steered them into expensive yet mostly useless seminars. (AP Photo/Bebeto Matthews, File)
Bebeto Matthews — AP

This article is published in partnership with Time.com. The original version can found here.

The federal judge hearing the class-action lawsuit against Trump University—whom Donald Trump called a ‘very hostile’ and a ‘hater’ on Friday—has unsealed the documents in the case.

U.S. District Judge Gonzalo Curiel signed an order on Friday determining that the case materials should be unsealed, Reuters reported on Monday. His decision to unseal the documents came on the same day as Trump’s lengthy criticism of the judge and his handling of the case at a rally in San Diego, though Curiel did not specifically mention the tirade in the order, Politico reported.

“Defendant became the front-runner for the Republican nomination in the 2016 presidential race, and has placed the integrity of these court proceedings at issue,” Curiel said in the order.

The materials, which have been published already by Politico, include Trump University policies on handling students and the media. Plaintiffs in the suit have accused Trump of defrauding students through the now-defunct for-profit school

“I have a judge who is a hater of Donald Trump, a hater. He’s a hater,” Trump said at Friday’s rally, where he also brought up Curiel’s Latino heritage, saying he believed he was Mexican.

Curiel is an American who was born in East Chicago, Indiana, Reuters reported.