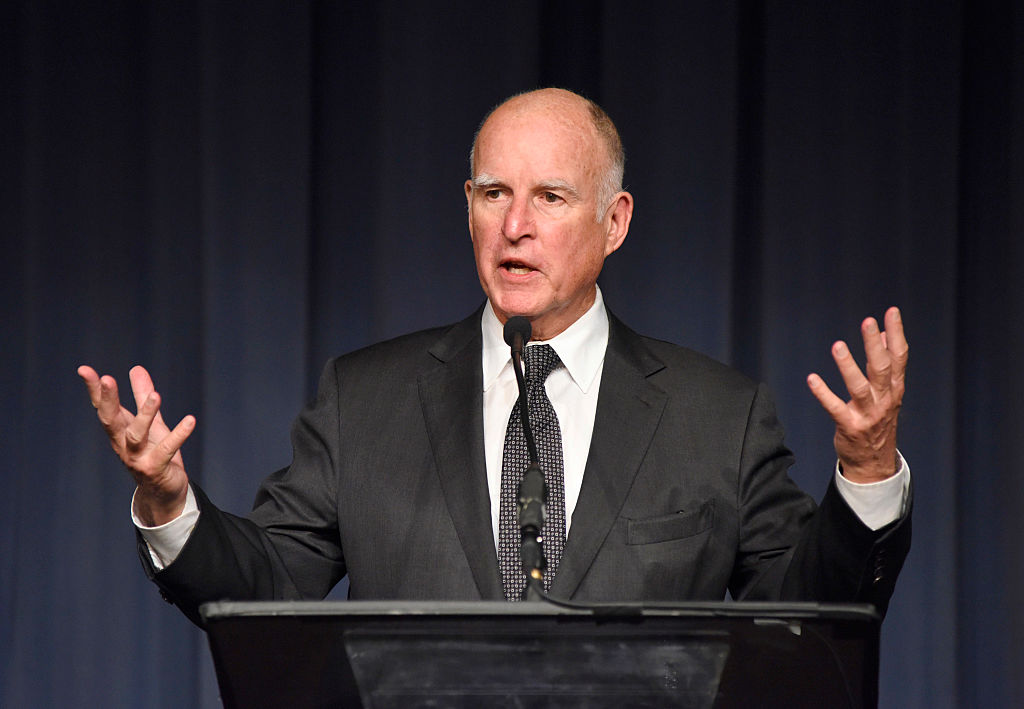 California Gov. Jerry Brown said Tuesday that he will vote for Hillary Clinton over Bernie Sanders in the state’s Democratic primary next week, urging Democrats and independents in an open letter to unite around Clinton and put an end to the party’s protracted and increasingly bitter nominating contest.

Brown said Clinton has the “tenacity and skill to advance the Democratic agenda.” He also said he was “deeply impressed” with Sanders’ message, drawing a parallel between Sanders’ bid and his 1992 presidential campaign. (During a debate in that campaign, Brown and Bill Clinton had an infamous clash about Hillary Clinton, in which Bill Clinton said to Brown, “You’re not worth being on the same platform as my wife.”)

But Brown noted Clinton is already leading by three million votes and hundreds of delegates, a lead he called “insurmountable.” Some polls have showed Clinton holding a comfortable lead over Sanders ahead of the June 7 primary, but a survey from the Public Policy Institute last week showed Clinton up by only two points, within the margin of error.

Brown painted a Clinton candidacy as the best hope for stopping presumptive Republican nominee Donald Trump, noting Trump has called climate change a “hoax,” promised to deport millions of immigrants and allow more nuclear proliferation. “This is no time for Democrats to keep fighting each other,” Brown said. “The general election has already begun.”

“Next January, I want to be sure that it is Hillary Clinton who takes the oath of office, not Donald Trump,” he added.