Welcome to the Weird, Wild World of Coliving 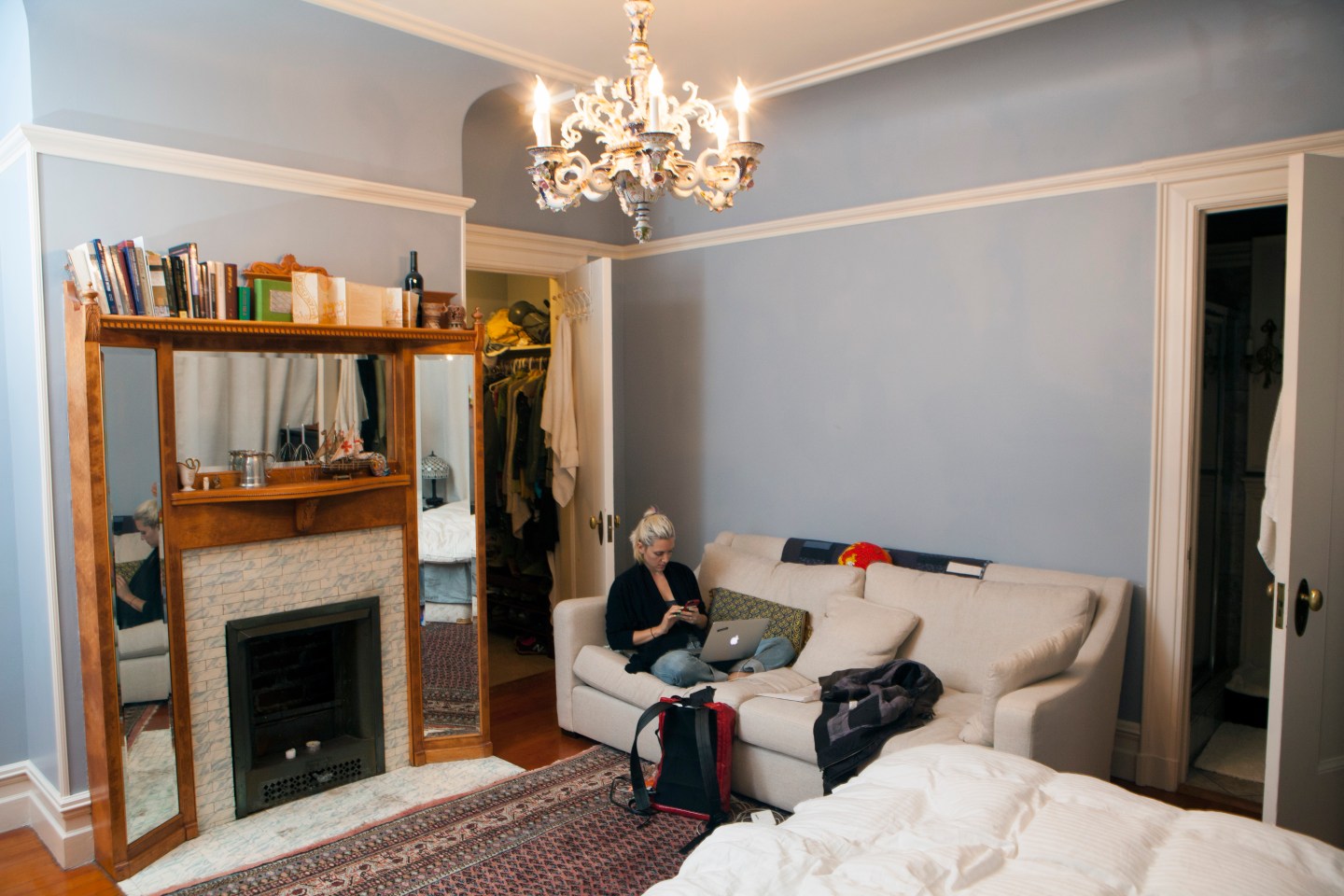 SAN FRANCISCO, CA - FEBRUARY 18: Resident Jessy Schingler sits in the bedroom she shares with her husband in a co-living home, on February 18, 2014 in San Francisco, California. The San Francisco Embassy house, originally built in 1905 as a single family mansion, has 14 permanent residents. Jessy is one of the founders of the organization Open Door Development Group that focuses on creating collaborative, co-living spaces. This home comprises a community of creatives and professionals sharing space in informal ways. They share food, space and ideas. (Photo by Melanie Stetson Freeman/The Christian Science Monitor via Getty Images)
Christian Science Monitor Christian Science Monitor/Getty Images

Residents come to coliving for various reason – to save money, to avoid the hassle of vetting roommates or signing long-term leases, or simply to find a furnished place to live. But they stay or come back for the community. Or at least that’s what a new breed of coliving startups is betting on.

Coliving, which can be loosely defined as group living, is becoming big business. These companies offer dorm-room-like living situations and amenities like fully furnished rooms and cleaning services.

Common, a coliving company with locations in Brooklyn, has had 5,000 applications for its approximately 100 spots. The company has expanded quickly and opened three buildings in under a year. They’ve learned a lot along the way, said Brad Hargreaves, the founder and CEO of Common.

The residents have been “much more diverse than we expected it to be,” Hargreaves told us. There are some in the “tech and creative industries, but we also have people from government, finance, law, and design.” So coliving isn’t just for those who want to dwell like the guys on Silicon Valley the TV show. In fact, in Common’s first location, Hargreaves had a co-working area built in the basement, but “we found that very few people used it.”

“We’re solving a need that is not just specific to tech,” Hargreaves said.

It’s not just about affordable housing, either. In fact, Common’s monthly rents (around $1,900 for a single-person room) are about what it might cost for a studio apartment in the neighborhood.

“We look at why people are coming to us,” Hargreaves said. “They come for the convenience and stay for the community.” Those conveniences include apartments outfitted in sleek stylish furniture (No Ikea stuff. No scrambling for a couch when your roommate moves out and takes his), a weekly cleaning service, toiletries, and group dinners. Hargreaves hopes they’ve taken “away all the of the things that cause roommates to fight with each other.”

Common isn’t the only coliving space in Brooklyn. For the coliver looking for a more artistic and holistic atmosphere, Pure House rents apartments to about 40 people in an old doll factory in Williamsburg. Activities focus on spiritual growth; group meditation sessions are frequent.

Outside of Brooklyn, WeWork recently moved into the coliving space with WeLive. The company opened locations in Manhattan and DC that are filled with the sort of household amenities Common offers, but seem to cater to more youthful dwellers willing to spend $1375 for a semi-private bed. Studios are $2000. Residents are encouraged to communicate through a building-wide Slack channel. (Common residents also have a Slack channel.)

Personal space is limited at PodShare, which has two locations around LA and a third opening soon. Elvina Beck, the founder and CEO describes PodShare as a “live/work community.”

“PodShare is a community without walls,” she told us. “Our pods are built to display Podestrians, facing the pods at one another for maximum transparency and security (the community polices itself). No private rooms, but rather a radically inclusive dormitory style coliving space.”

PodShare locations all have coworking tables with computers (with editing software), entertainment screens and video games, bicycles, a full kitchen, free toiletries, wifi, lockers, charging stations and a social network. One of the locations has a green screen and sound booth. All for around $50 a night.

Prices are a lot steeper at Coliving Club in San Francisco. At the Branson, one of the company’s two locations, rooms go for $1098. On their website, the space is described as having that “unique feel of a startup house you’d get from the Silicon Valley series.”

The coliving trend in its current iteration has only been around for a few years, but it’s already seen at least two casualties. Campus, which had 34 spaces in San Francisco and New York City, shut down in August of 2015. Krash founded around 2013 opened locations, in Boston, Charlestown, New York and, DC, and closed all of their locations by the end of 2015.

PodShare turned to crowdfunding to finance a new location after their landlord would not renew their lease in 2015. (Watch founder Elvina Beck’s very funny video for Indiegogo here.)

Backers are hoping coliving will fill a need for urban millennials.

“I probably moved here for the housing, but I feel like I’m wanting to stay more and more because of the community and experiences,” said Vivek Kumar, a new resident at Pacific, a Common outpost in Crown Heights, Brooklyn. He’s the founder and CEO of Qlicket, a startup that helps hotels and other companies offer better wifi to customers.

“I initially signed up for a six-month lease, but in a way I almost feel disappointed to leave after six months,” Kumar said. “A part of me could see myself doing this for as long as I could before getting in a serious relationship or getting married.”