G7 Leaders Just Issued a Warning About the Risks of ‘Brexit’ 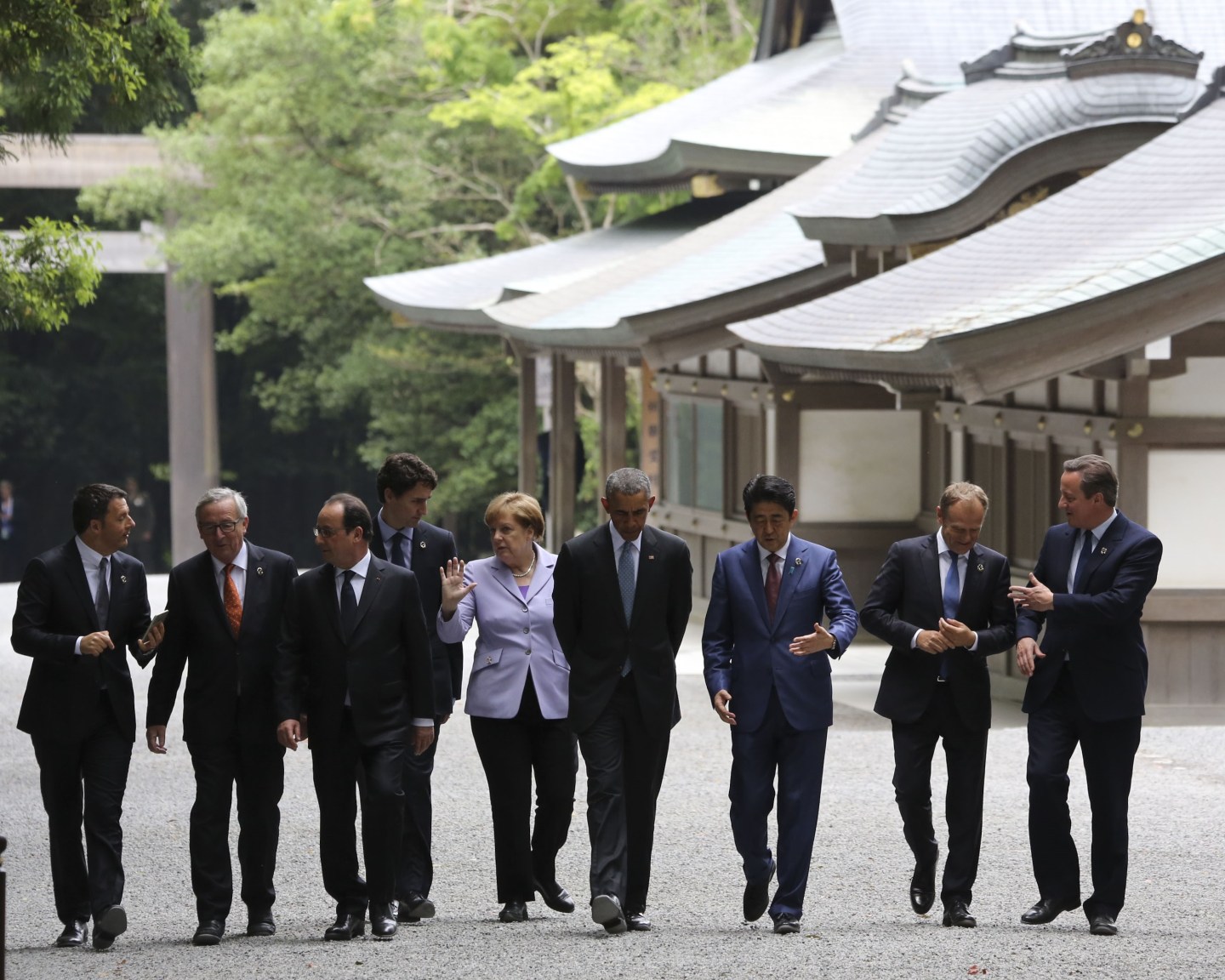 A British exit from the European Union would be a serious risk to global economic growth, Group of Seven leaders said in a summit declaration on Friday, as Prime Minister David Cameron urged voters to “listen to our friends” on the impact of Brexit.

Brexit was not formally on the agenda at the two-day summit in Japan and despite both German Chancellor Angela Merkel and French President Francois Hollande saying the issue had not been discussed, Cameron said “one or two people” had raised it.

“A U.K. exit from the EU would reverse the trend towards greater global trade and investment, and the jobs they create, and is a further serious risk to growth,” G7 leaders said, in the only reference to the vote in a 32-page declaration.

Brexit was listed alongside geopolitical conflicts, terrorism and refugee flows as a potential shock of a “non-economic origin.”

The G7 statement follows comments from the International Monetary Fund that there were no economic positives to Britain leaving the EU, while the Bank of England has said the economy would slow sharply, and possibly even enter a brief recession.

The Organisation for Economic Co-operation and Development has also warned that British voters risk paying a “Brexit tax” equivalent to a month’s salary by 2020 if they leave the EU.

Last week, G7 finance leaders united in wishing Britain stayed in the EU at a June 23 referendum, but acknowledged they could do little more than hope.

“We should listen to our friends, we should listen to people who want us to do well, who wish well of us in the world. When you are faced by a difficult decision, it is often a good thing to listen to what your friends think,” Cameron told reporters at a news conference after the summit.

Merkel said although leaders had not discussed the issue, there was a consensus that they wanted the country to stay in, while Hollande said Brexit would be bad news.

“It is not for us to say what the British people should be doing,” he told reporters.

Opinion polls have given conflicting steers on which way the vote might go, with telephone polls suggesting “In” is comfortably ahead while online polls suggest a tight race that “Out” could win. Betting odds heavily favor an “In” vote.

Cameron said Britain could “find our way whatever the British people choose,” but warned leaving the bloc would hurt the country’s economic future and complicate trade deals with countries such as Japan.

He also rejected a description by a former aide this week that he secretly supported a vote for Brexit.

“I have never been a closet Brexiteer,” he said. “I am absolutely passionate about getting the right result, getting this reform in Europe and remaining part of it. It’s in Britain’s interests and that’s what it is all about.”