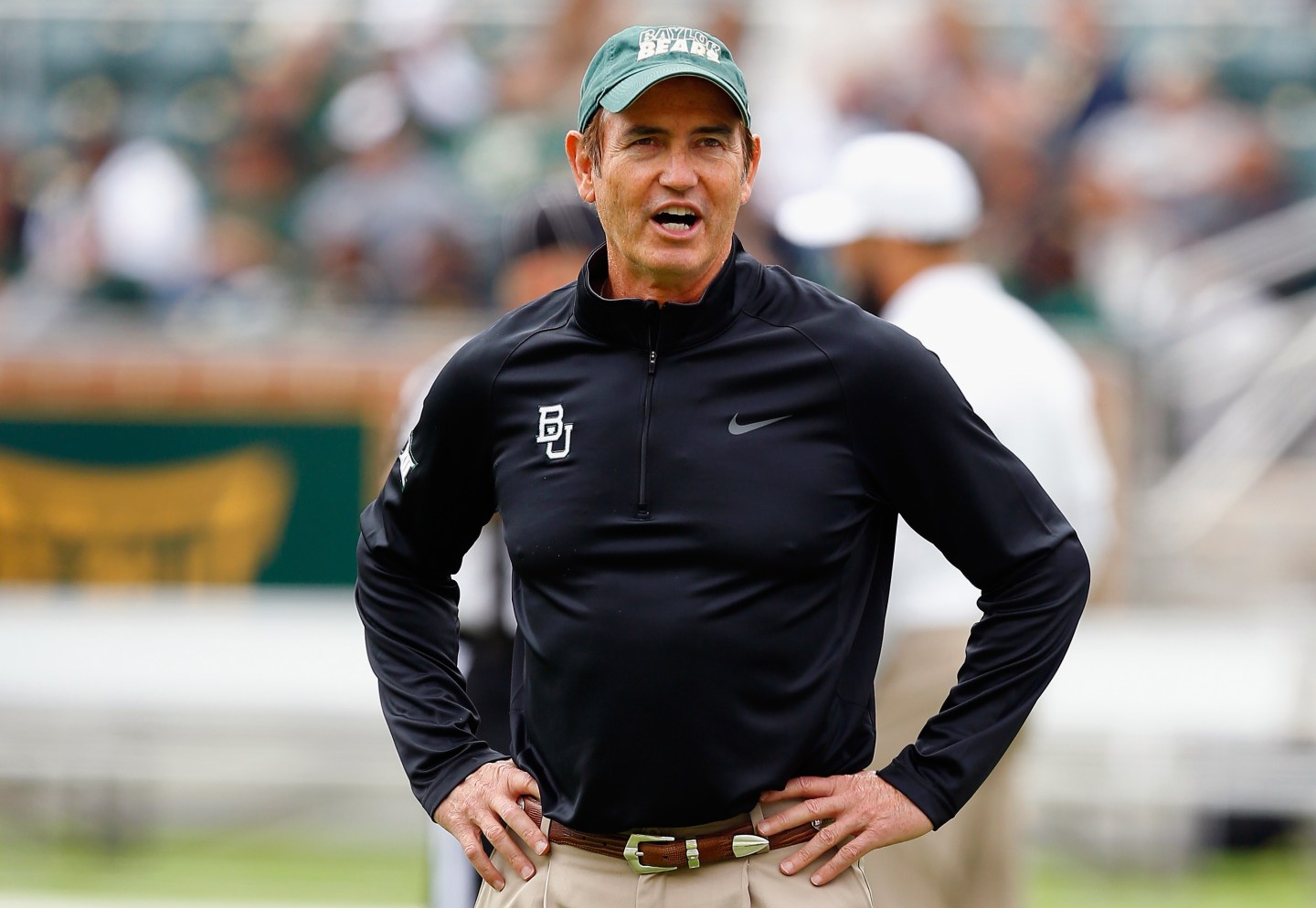 Baylor has suspended head coach Art Briles with “intent to terminate” amid the controversy over the school’s handling of rape allegations involving football players, the school announced on Thursday.

ESPN’s Brett McMurphy was first to report the news. Sports Illustrated’s Pete Thamel confirmed that Briles would be fired.

A Texas Monthly story last August and extensive reporting by ESPN’s Outside the Lines had detailed a number of instances in which Baylor officials and coaches were aware of sexual assault allegations against players but did not pursue disciplinary action. The school denied a report on Tuesday that university president Ken Starr had been fired as a result of the scandal, but announced on Thursday that he had been moved to the role of Chancellor. David Garland has been named interim president, and athletic director Ian McCaw has been sanctioned and placed on probation, the school announced.

“We were horrified by the extent of these acts of sexual violence on our campus. This investigation revealed the University’s mishandling of reports in what should have been a supportive, responsive and caring environment for students,” said Richard Willis, chair of the Baylor Board of Regents. “The depth to which these acts occurred shocked and outraged us. Our students and their families deserve more, and we have committed our full attention to improving our processes, establishing accountability and ensuring appropriate actions are taken to support former, current and future students.”

Baylor is accused of failing to respond to reports of rape and/or sexual assault filed by at least six female students from 2009 to 2016. Two former football players, Tevin Elliott and Sam Ukwuachu, have been convicted of rape.

The school hired Philadelphia law firm Pepper Hamilton to examine its handling of sexual violence cases. The firm found a “fundamental failure by Baylor to implement Title IX.” The investigation also determined that university administrators had “directly discouraged” complainants from reporting sexual assault, and that the football program and athletic department had failed to “identify and respond to a pattern of sexual violence by a football player.”

“In certain instances, including reports of a sexual assault by multiple football players, athletics and football personnel affirmatively chose not to report sexual violence and dating violence to an appropriate administrator outside of athletics,” the findings of fact released by the university said. “In those instances, football coaches or staff met directly with a complainant and/or parent of a complainant and did not report the misconduct.”

Briles, 60, had been Baylor’s head coach since 2008. He led the Bears to BCS bowl games in 2013 and 2014. He reportedly let players know about his dismissal in a text message.