Make Your Coffee Table Great Again. Here’s All of the Books Coming Out About Trump 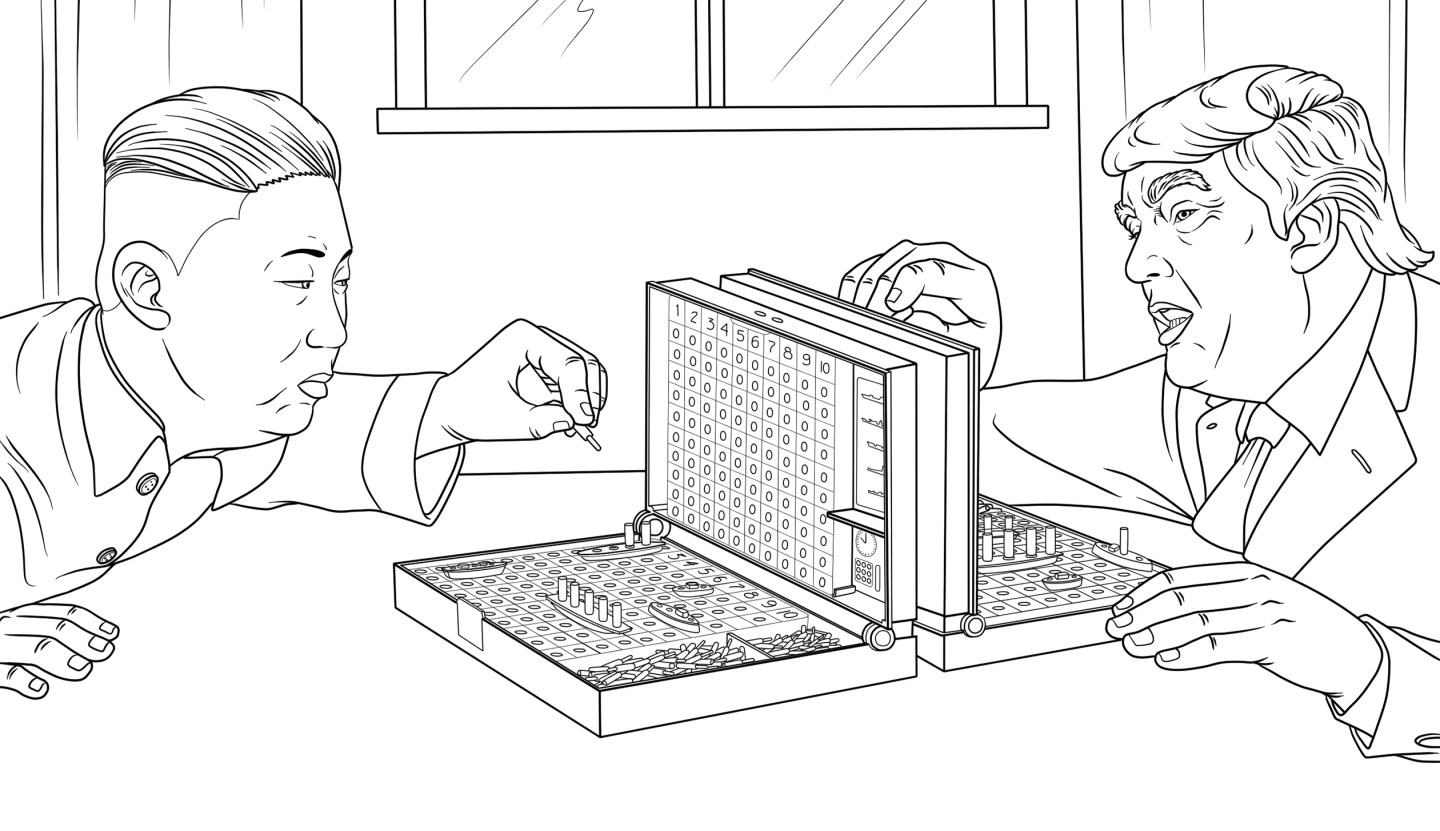 Despite the fact that many people wrote him off when he announced his candidacy, real estate mogul Donald Trump has had the last laugh. He is now the presumptive Republican presidential nominee, and could well be the next president of the United States.

Predictably, many industries are hoping to cash in on his historical candidacy. One such industry is book publishing, to which Trump himself is no stranger.

Trump: The Art of the Deal, the 1987 book that he co-authored with journalist Tony Schwartz, has sold over one million copies, according to Business Insider. His most recent book, Crippled America: How to Make America Great Again, was released in November 2015 and spent 13 weeks on The New York Times’ Hardcover Nonfiction Bestseller List. According to personal financial documents that Trump filed with the Federal Election Commission, the book has generated between $1 million and $5 million in income. Indeed, Trump is a marketable literary commodity.

Trump at a news conference for his book. Photo by Spencer Platt — Getty Images

Now that his nomination is almost a certainty, others have decided to get in on the action too. As such, the marketplace is seeing an uptick in books about the man.

Some are exercises in sycophantic toadying that may have been written by people hoping for a corner office in a Trump Administration. Others depict the man who brought the world Trump Steaks as the living embodiment of Satan on earth. Others still are just looking for a few laughs at his expense.

Fortune decided to take a look at a few of the books about Donald Trump that you can buy today, or that will be on bookstore shelves in the coming months. Some are fawning books. Some are silly books. And some, we assume, are good books.

Conservative political commentator and syndicated columnist Ann Coulter has numerous bestselling books to her credit. These include such titles as 2003’s Treason: Liberal Treachery from the Cold War to the War on Terrorism, 2012’s Mugged: Racial Demagoguery from the Seventies to Obama and her most recent tome, 2015’s Adios, America: The Left’s Plan to Turn Our Country Into a Third World Hellhole. The latter Trump reportedly used to inform some of his ideas about immigration.

Her next book, In Trump We Trust: The New American Revolution, will be released on August 23, 2016, and according to the promotional copy on the book’s Amazon.com page, the author gives numerous reasons why all thinking Americans should cast their votes for the man.

“He’s ended GOP pandering to Hispanics with his hard line on immigration,” the page says. “Working class Americans finally have a champion against open borders and cheap immigrant labor.”

August 23, the same day that Ann Coulter’s book is released, is also the street date for Trump Revealed: An American Journey of Ambition, Ego, Money, and Power. Written by The Washington Post’s Michael Kranish and Marc Fisher and published by Scribner, the book is based on the reporting of the authors’ Post colleagues and edited by a team headed by the publication’s executive editor, Martin Baron.

“Donald Trump is a presidential candidate unlike any we’ve ever seen before,” Baron said in a statement. “His candidacy and his positions have defied all conventions and upended the political landscape… Given that he could ascend to the most powerful position in the world, Trump’s life and career deserve to be explored in the greatest depth. That’s what we intend to do, with a huge investment of reportorial and editing resources and with a staff that consistently has led the field in covering his volatile candidacy.”

On July 5, Simon & Schuster Books for Young Readers will release A Child’s First Book of Trump, written by comedian Michael Ian Black and illustrated by Marc Rosenthal. According to The Los Angeles Times, Black said in a press release that he wrote it to “help children of all ages learn to identify a Trump and what to do if they should ever come across one in the wild.”

Is A Child’s First Book of Trump appropriate for your budding five-year-old real estate magnate? Read this magical excerpt from the book and decide for yourself…

The beasty is called an American Trump.

Its skin is bright orange, its figure is plump.

Its hands though are, sadly, underdeveloped.

Once, in a distant age known as 1996, Donald Trump was a mere real estate tycoon from New York City. In those heady days, New Yorker writer Mark Singer profiled him, and his subject was not happy about his portrayal. Not one bit. Trump and Me recounts the fallout from his displeasure with the article, and charts his rise from failed casino operator to presumptive Republican presidential nominee.

“Heedlessly combative, equally adept at spewing insults and manipulating crowds at his campaign rallies, the self-proclaimed billionaire has emerged as an unlikely tribune of populist rage,” says the promotional copy on Amazon.com’s product page. “All politics is artifice, and Singer marvels at how Trump has transfixed an electorate with his ultimate feat of performance art—a mass political movement only loosely tethered to reality.”

Aaron James is professor and chair of philosophy at the University of California, Irvine, and he holds a PhD from Harvard University. He is also the author of 2012’s A**holes: A Theory, which teaches the reader that “a person is an a**hole when his sense of entitlement makes him immune to complaints from other people,” according to Booklist’s David Pitt.

Fast forward to May 2016, and James has updated his concept for this unique moment in history with A**holes: A Theory of Donald Trump, which posits that “his a**holedom may help to explain his success.” Sadly, this book has not received much acclaim, and is the recipient of a one-star review on its Amazon.com page, which describes it as a “tasteless, tacky, hit piece worthy of the supermarket tabloid aisle.”

Though only 22 years old, comedian Elijah Daniel has already shown an almost Trumpian ability to exploit an opening in the marketplace. Sure, there are plenty of books about the presidential candidate’s business acumen, but there was still one literary niche that was unexplored until Daniel filled it with his e-book, Trump Temptation: The Billionaire & The Bellboy, in January 2016. You guessed it – gay erotica.

In an interview with Fusion.net, Daniel said that he drank four bottles of wine and wrote the book in as many hours, and soon after its publication, it reached the upper echelon of Amazon.com’s “humorous erotica” list. He strenuously denied, however, that he did it for the money.

“Amazon’s royalties are like $0.30 per person who reads the book, so it’s not really a get rich scheme,” he said. “I was just drunk and told Twitter I’d do it, and then I was stuck doing it.”

Although Daniel is dismissive when describing his creative process, he has high hopes for the place that this volume will hold in literary history.

“I hope I somehow end up getting murdered for this book and it’s my legacy.”

If the youngster in your home is already the lucky recipient of A Child’s First Book of Trump and just can’t get enough of the presumptive Republican presidential nominee, there are other age-appropriate books out there that are just as sure to delight. The Trump Coloring Book, by M.G. Anthony, is chief among them.

According to the promotional copy, The Trump Coloring Book depicts the possible leader of the free world in numerous contexts, be it playing chess with Vladimir Putin or crossing the Delaware river like another great political figure from history. What better way to make coloring great again?