A Rock Legend Is Taking on Google in Virtual Reality 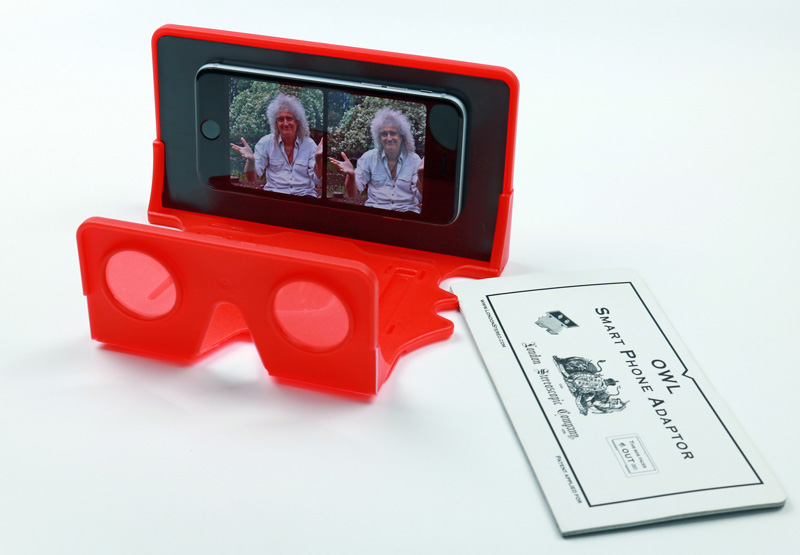 The virtual reality space is really heating up now—even rock gods are getting in on the act.

Since 2008, Brian May, the tousle-haired guitar-slinger from Queen, has been a director of the London Stereoscopic Company, which in its original incarnation served a stereoscopic, picture-card fad a whole century-and-a-half back.

Now, in his quest to “recreate the magic” of the original firm, May has launched a smartphone-friendly version of his patented Owl Stereo Viewer. For those unfamiliar with his music career, May is firmly on the cerebral end of the rock star scale while also holding a doctorate in astrophysics.

Rather like Google’s (GOOG) Cardboard virtual reality viewer, the Owl VR Smart Phone Kit holds a smartphone (any smartphone) a certain distance in front of the user’s eyes for viewing through special lenses. It also features adjustable focus, giving what the company claims is “the ideal optical geometry for perfect viewing of side-by-side 3D images.”

It doesn’t look quite as immersive as Cardboard as it doesn’t shut out surrounding light, but the London Stereoscopic Company does note that it provides constant, unobstructed access to the controls on the phone as well as the headphone socket.

When it goes on sale in mid-June, it will cost £25 ($37)—£10 more than Cardboard. But then again, it’s made out of sturdier “high-grade polypropylene” and has the benefit of being quickly collapsible. Also, Brian May’s selling it.

For more on virtual reality, watch our video.

“Until now, users have had the choice of an expensive VR viewer that puts it out of reach of many people or a very low cost alternative that just doesn’t do the format justice,” said May in a release. “The Owl Smart Phone Kit changes all that; for a very modest outlay, anyone can now enjoy the VR experience, and also gain access to the fascinating world of Stereoscopy.”