Yes, There Really Is a Company Named Big Ass Solutions 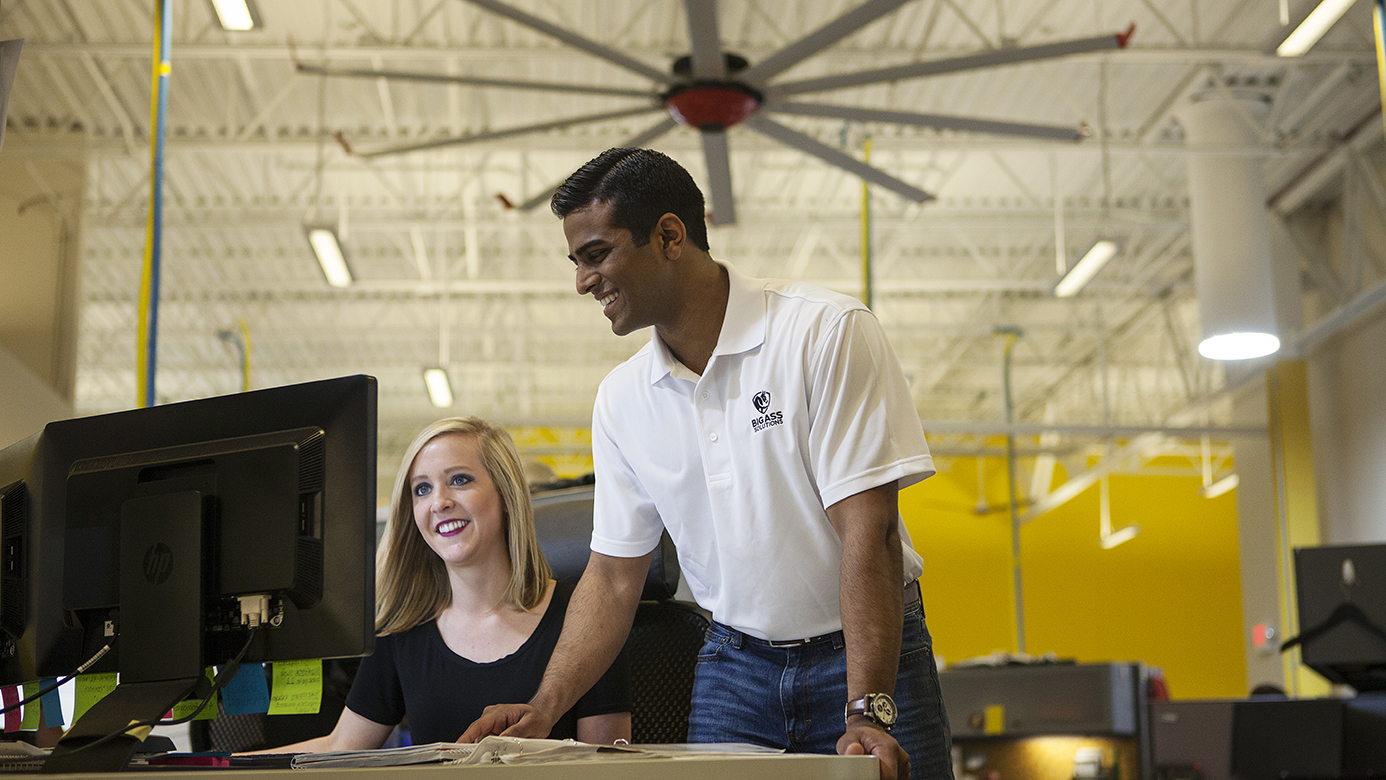 Founded in 1999, the Lexington, Ky.-based company was originally called the HVLS Fan Co. (for high volume, low speed) and sold industrial-sized fans designed for residential use. But two years later, employees had grown tired of repeating or explaining the firm’s name each time they answered the telephone.

Company founder Carey Smith tells Fortune that customers on the phone would pause and inevitably ask, “‘Aren’t you the guys that make those big ass fans?’ That’s the way people refer to us.” And thus, the new name was born.

Initial reaction from the public was mixed. Smith, whose formal title is Chief Big Ass, says that he has received letters complaining about the company name—which were tacked onto the company’s Wall of Shame. According to Smith, “the great thing about the people who write those letters is, No. 1, they can’t spell, and No. 2, they’re not really looking to buy big ass fans. Our customers are normally maintenance guys and gals. The name makes sense to them. They generally get our sense of humor.”

As the company grew and added commercial fans to its product line, it began selling to schools, churches, and airports. Yet none of those clients ever complained about buying fans directly from a company called Big Ass Solutions. “Just like Tesla (TSLA), we don’t use intermediaries,” Smith says. “That way, we’re much closer to the customers.”

According to Smith, Big Ass Solutions has been doubling its staff each year since it was founded in 1999 and it now has 866 engineers, manufacturers, and salespeople working in the U.S. It also employs 87 people at its operations in Canada, Australia, Singapore, and Hong Kong. Smith says he expects revenue to reach $300 million this year.

Big Ass Solutions has been named to Fortune‘s first-ever list of the 50 Best Workplaces for Recent College Graduates. Akash Hira, a project coordinator at the company, says “the corporate atmosphere here is like nothing else. We’re growing so quickly that you get promoted faster and bounce between more projects than you would at another job. I’ve only been here about nine months, but I’ve already moved up. I enjoy not knowing exactly what I’ll be doing each day—I have yet to get bored at work.”

Check out the full list of Best Workplaces for Recent College Grads, which includes Google (GOOGL) as well as hedge fund Citadel.