Trump Just Met With This Senator and Possible VP Candidate 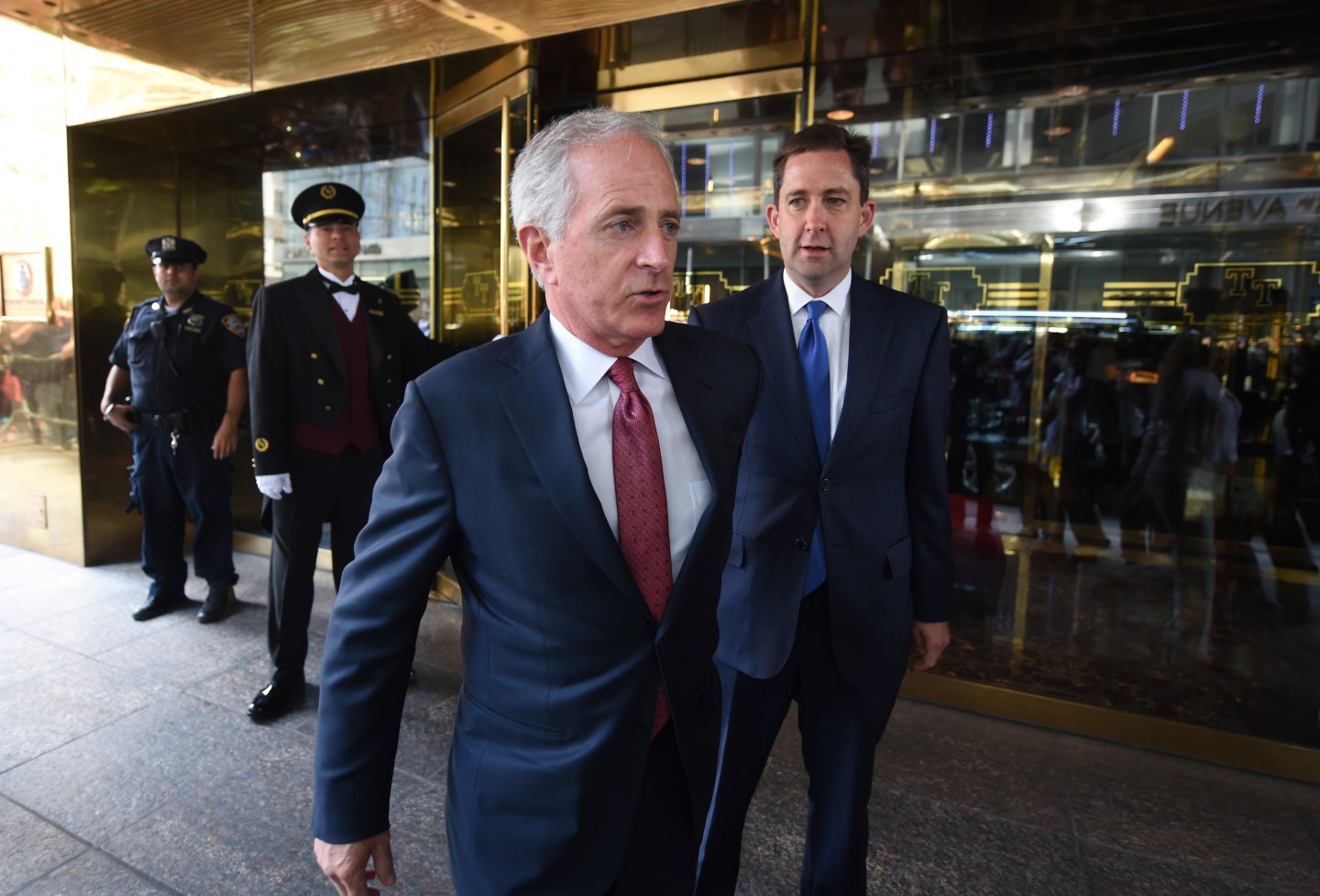 Presumptive Republican presidential nominee Donald Trump met with Bob Corker in New York on Monday, intensifying speculation that the U.S. senator from Tennessee may be on Trump’s vice presidential shortlist.

Speaking to reporters following the meeting, Corker described the get-together at Trump Tower in Manhattan as “a meeting between two people who didn’t know each other except over phone calls getting to know each other.”

He said he has no reason to believe he’s being vetted as a potential Trump running mate or for a Cabinet position should Trump win the general election.

“I have no reason whatsoever to believe I am being considered for a position like that,” Corker told reporters who pressed him about various possible positions.

Corker praised a high-profile foreign policy speech that Trump delivered in Washington last month, saying in a statement that “in a year where angry rhetoric has defined the presidential race on both sides of the aisle, it is my hope that candidates in both parties will begin focusing not only on the problems we face but on solutions.” He said he believed the speech “could be an important step in that direction.”

A Trump campaign spokeswoman did not immediately responded to a request for comment on the meeting.