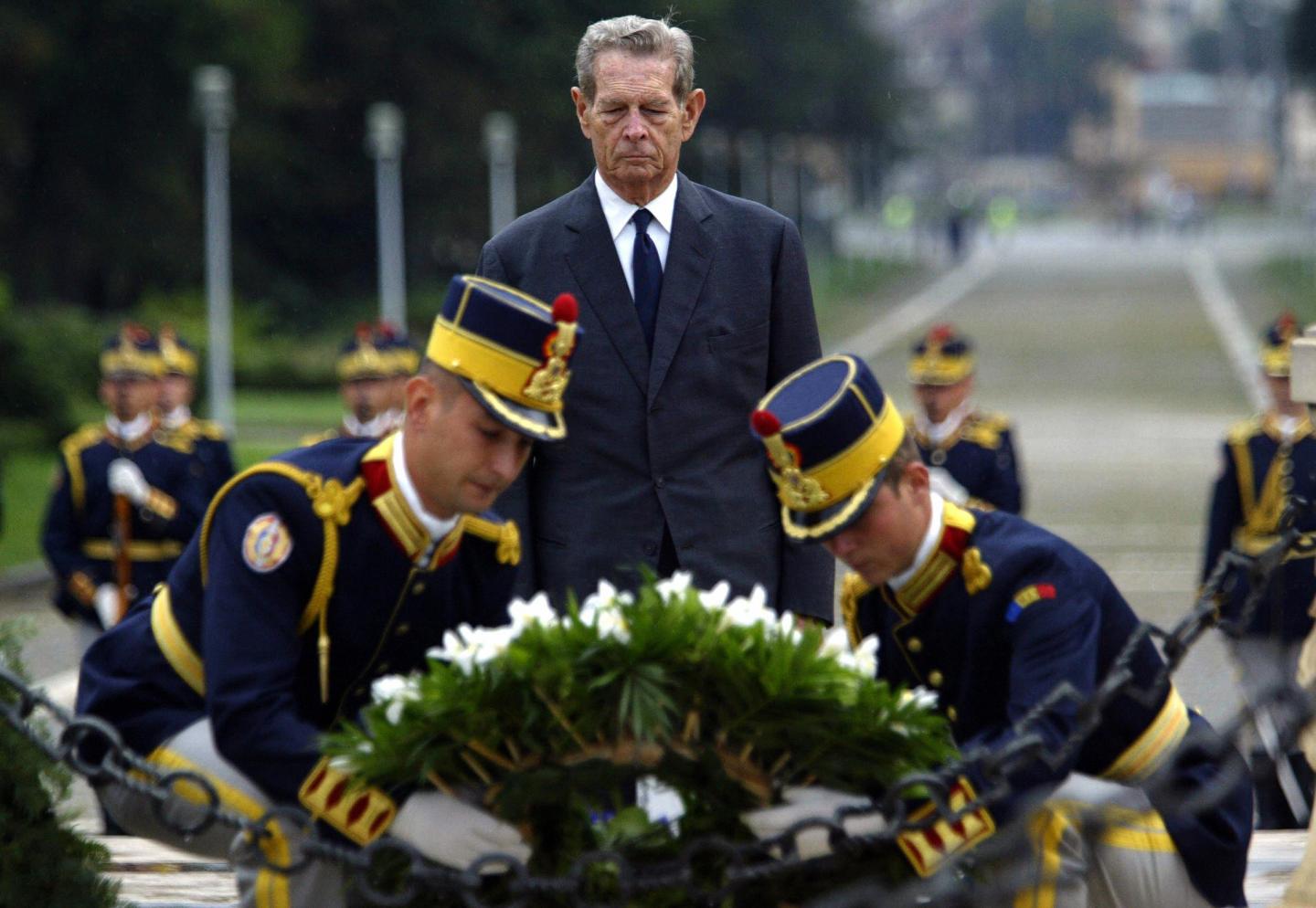 BUCHAREST, ROMANIA: The former king of Romania, Michael, lays a wreath at the Monument of Unknown Soldier 23 August 2004 on the 60th anniversary of Romania's joining the Allies during WWII. It is the first time after the fall of communism that Romania commemorates 23 August and the first time that Romanian President Ion Iliescu and King Michael take part together in a commemoration. AFP PHOTO DANIEL MIHAILESCU (Photo credit should read DANIEL MIHAILESCU/AFP/Getty Images)
DANIEL MIHAILESCU AFP/Getty Images

Romania’s former King Michael has asked not to pay taxes on his castle in western Romania as he is a war veteran.

The royal household said Friday it had made the request not to pay property taxes on Savarsin Castle and other real estate owned by the former monarch in line with exemptions introduced this year for war veterans.

Michael, a great-great-grandson of England’s Queen Victoria, was king from 1927-1930 and from 1940-1947 when the communists forced him to abdicate. The property was restored to the royal family in 2001.

Tax authorities say Michael, who is 94 and ailing, owes some 4 million lei ($1 million), including penalties. The royal household has disputed the figure.

Savarsin mayor Ioan Vodicean told The Associated Press on Friday that Michael was the largest individual tax payer in the village of 2,900. He said the annual tax on the 17th-century property and its 6.5-hectare (16-acre) grounds is about 35,000 lei ($8,750).

“It is his legal right not to pay taxes,” said Vodicean. “Besides, there are so few war veterans left.”

In 1944, during World War II, Michael removed the government of Hitler ally Marshal Ion Antonescu in a coup and took Romania over to the Allied side.

After he abdicated, Michael lived in exile in Switzerland and Britain until 1997 when he was allowed to return. In recent years, he has performed some ceremonial duties but mainly lives in Switzerland with his wife Anne.

In March, the royal family announced that Michael was suffering from leukemia and would hand over his responsibilities to his oldest daughter, Princess Margaret. Vodicean said the princess will be expected to pay taxes when she inherits the castle.