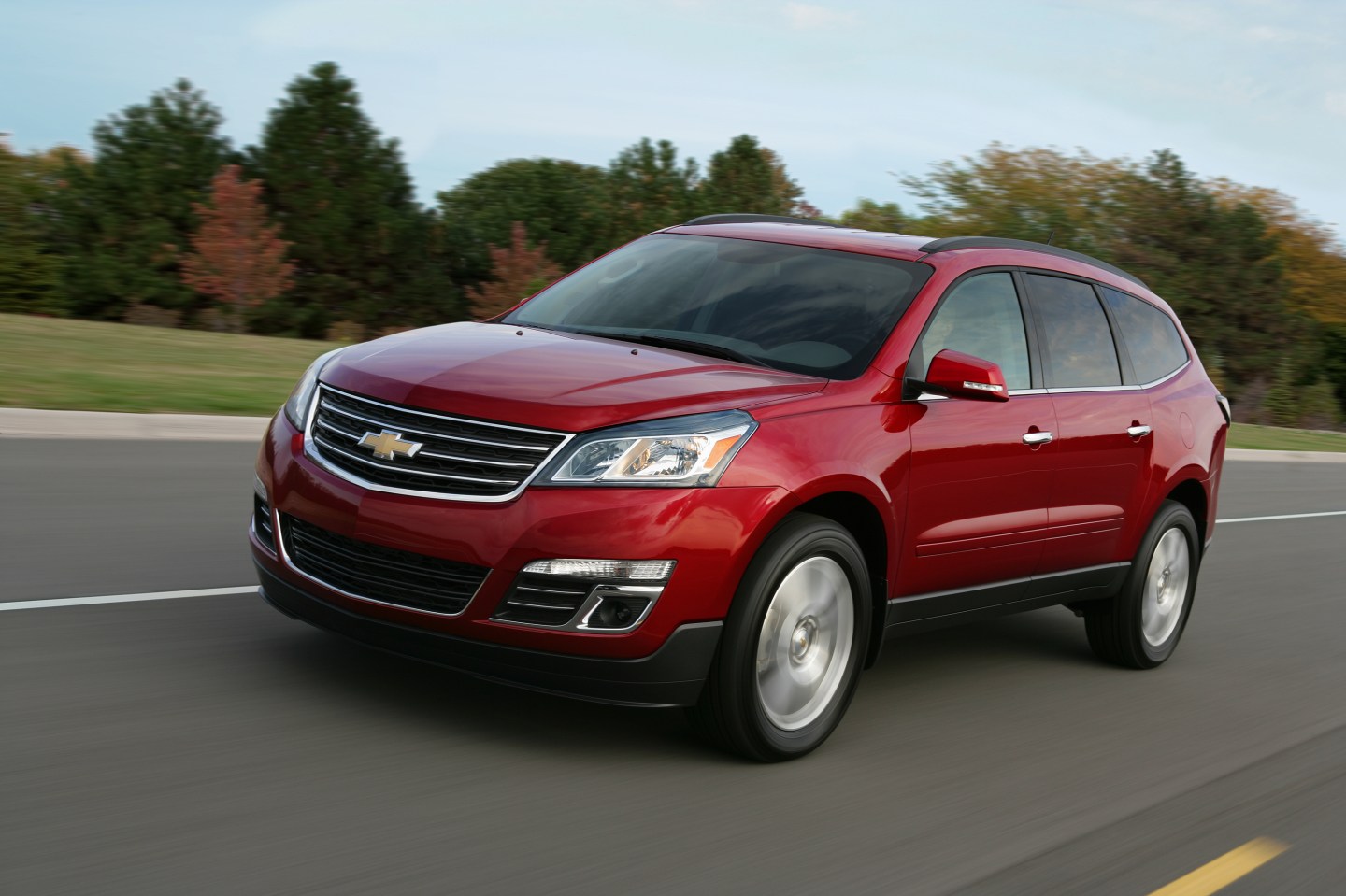 Customers who bought a 2016 Chevrolet Traverse, GMC Acadia, or Buick Enclave will be offered a pre-paid debit card worth $450 to $900 or a 48-month/60,000 mile protection plan, GM said Friday. The protection plan option is designed for customers who drive a lot and those who plan to keep their vehicle for an extended period of time, the company said in an email.

Lease customers will be offered the pre-paid debit card. Customer letters will be sent via FedEx starting May 25.

GM came up with the reimbursement program after the company discovered it had overstated fuel economy numbers by 1 to 2 miles per gallon on the window labels that are placed on vehicles at dealerships. GM conducted new emissions tests because its 2016 model year vehicles are equipped with different pollution control hardware. But GM didn’t include data from those machines in its EPA fuel economy labels.

GM stopped sales of about 60,000 vehicles last week when it discovered the discrepancy, grounding the automaker’s entire stock of 2016 Chevrolet Traverse, GMC Acadia and Buick Enclave crossovers, the WSJ reported at the time.

The reimbursement program was designed to provide full and fair compensation in a simple, flexible, and timely manner, GM spokesman Jim Cain said in an emailed statement.

The company based the reimbursement on a fuel price of $3 per gallon and 15,000 miles of annual driving for five years—the same assumptions used in the EPA formula on the window label to calculate expected future fuel costs.

GM did not disclose the cost of reimbursement program. The automaker did say it would not materially impact its financial results.