A 14.6-Carat Blue Diamond Just Became the Most Expensive Jewel Ever Sold at Auction 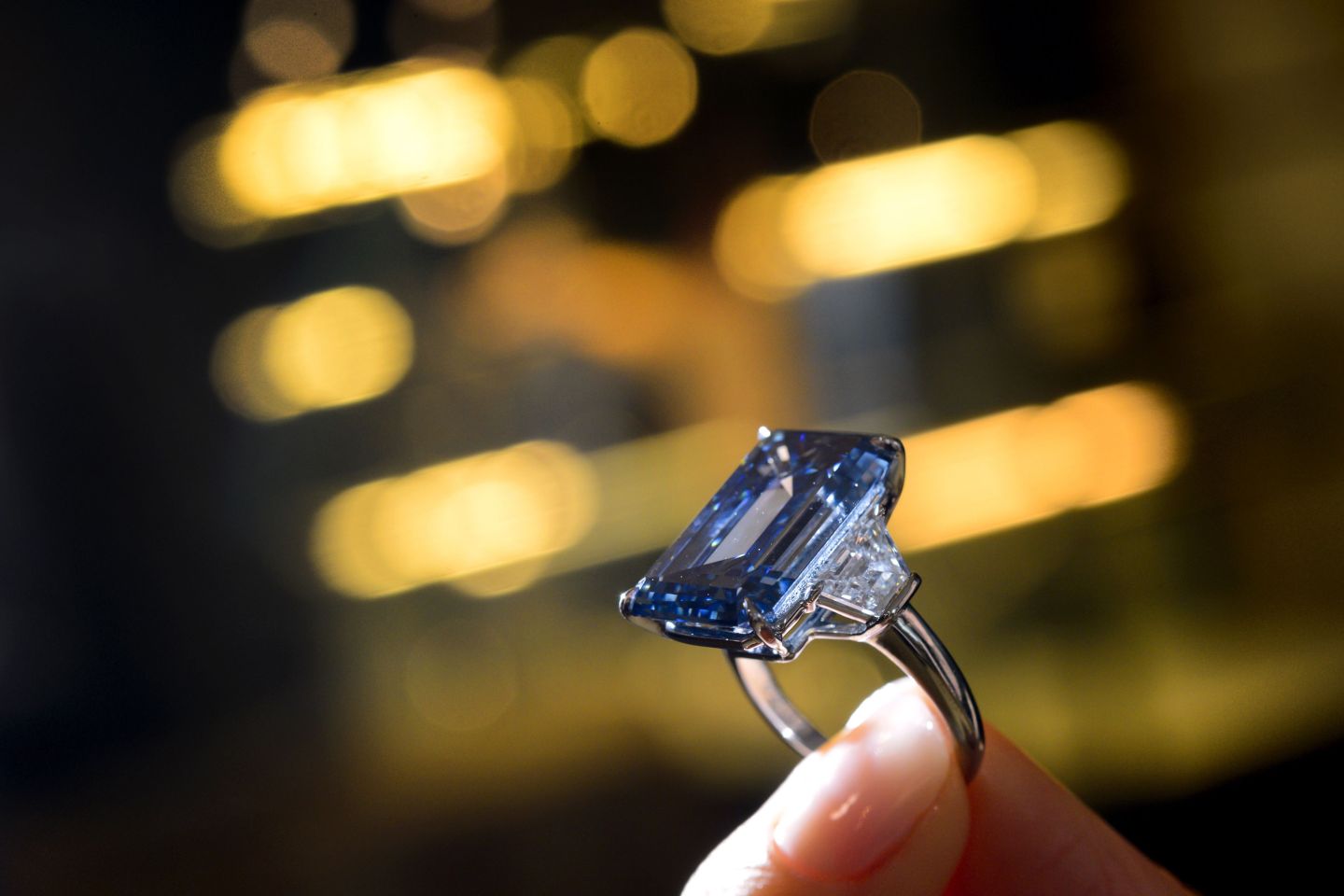 The “Oppenheimer Blue,” a large and rare diamond, sold for 56.837 million Swiss francs ($57.6 million) at auction on Wednesday, setting a world record for any gem after a dramatic see-saw bidding process, Christie’s in Geneva said.

The previous record was held by the “Blue Moon Diamond”, sold at rival Sotheby’s for $48.6 million last November. The new Hong Kong owner renamed that stone the “Blue Moon Josephine”.

The Oppenheimer, the largest fancy vivid blue diamond ever offered at auction, is a rectangular diamond weighing 14.62 carats that previously belonged to Sir Philip Oppenheimer, who controlled the Diamond Syndicate in London. It had a pre-sale estimate of $38 million-$45 million.

The packed Geneva saleroom broke into applause as Rahul Kadakia, Christie’s International Head of Jewellery, brought down the hammer after two phone bidders ended a 20-minute battle. The buyer’s identity was not immediately known.

Bidding opened at 30 million Swiss francs for the blue diamond, the top lot at the half-yearly sale, and amid the long pauses between telephone bids, Kadakia quipped: “These stones come along once in a lifetime. We have to wait.”

“As head of the London-based Central Selling Organisation for 45 years and serving as Chairman for the Diamond Trading Company branch, Sir Philip oversaw a diamond sales cartel set up by De Beers to keep strict control over the diamond supply worldwide,” the Christie’s catalogue said.

“Two days of highly successful auctions that momentarily made us forget about a quiet market with their good results, even very good,” Eric Valdieu, a Geneva-based jewelry dealer formerly with Christie’s, told Reuters.