Uncategorized ·A Boom With A View 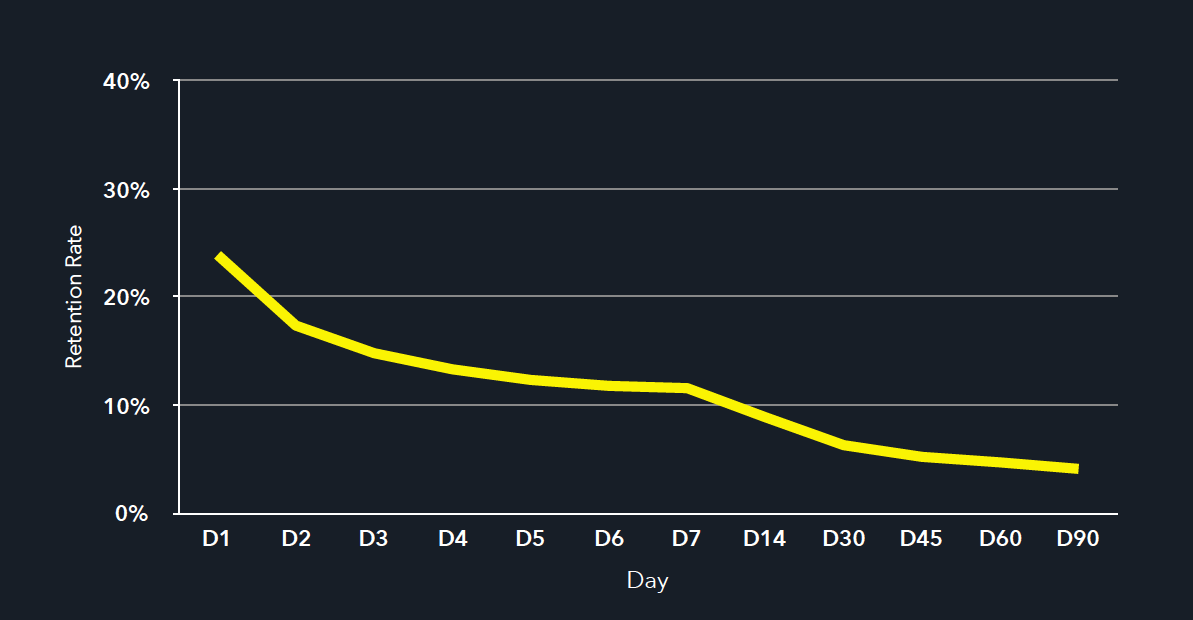 💥A Boom with a View💥 is a column about startups and the technology industry, written by Erin Griffith. Find them all here:fortune.com/boom.

It’s tough out there for an app maker. At least 1,000 new apps pour into the Google Play Store (GOOG) and the Apple App Store (AAPL) each day, and as I outlined earlier this week: Smartphone users download zero new apps in a typical month. A full 94% of revenue in the App Store comes from just 1% of all publishers.

Now comes the news that, even if you get people to download your app, fewer than 25% of them will return to it a day after first time they use it, according to a report from Appboy, a provider of mobile marketing software. Retention drops to 11% by the first week. In other words, app makers have one shot to impress new users, and the vast majority of them will never return.

Facebook and Google also happen to dominate the mobile advertising market, which includes app-install ads that entice people to download new apps. Analysts estimate those ads make up 30% of the $20 billion mobile advertising market. Facebook has made a quiet killing on app install ads, and yesterday at its I/O developer conference, Google revealed plans to double down on the category.

For app developers, the game feels rigged—it’s harder than ever to launch a hit app. Even if by some miracle your app is a hit, good luck getting people to keep using it.