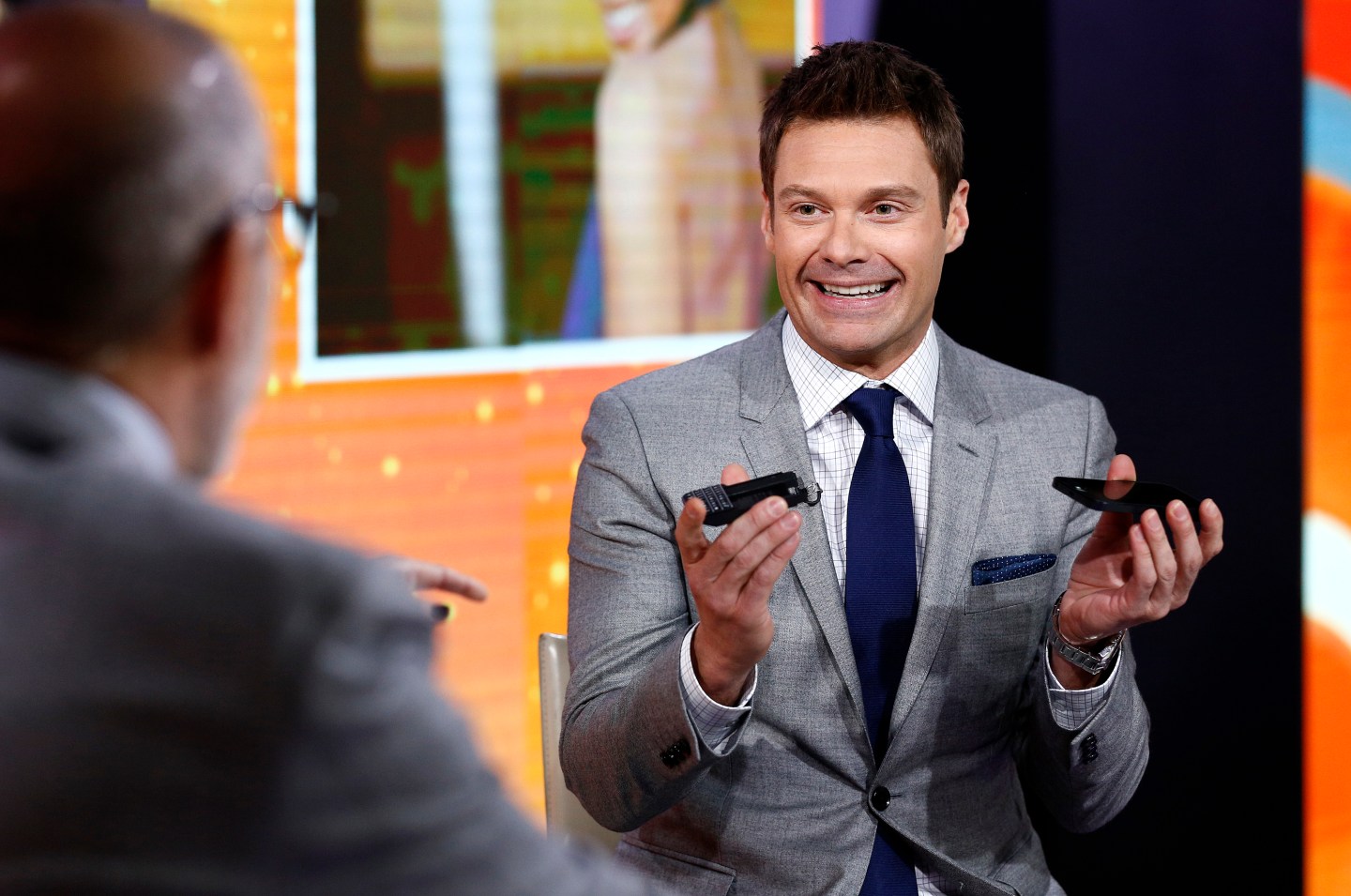 Ryan Seacrest is expanding his brand into the sportswear market just in time for the Olympics.

The radio and American Idol personality will serve as an NBC (NBC) host for the Rio Olympics and will have a shot at selling his new sportswear gear too, as WWD reported.

“Yeah, it’s a tough gig,” Seacrest told WWD. “But it’s not as easy as you think. I’ve really got to study my sports.”

The publication noted that Seacrest will have a collection of sportswear, Ryan Seacrest Distinction Rio, that includes 13 different pieces. The items will be available in 150 Macy’s (M) stores as well as at macys.com starting next month.

“This was my first time playing in this playground,” Seacrest added. “So it relieves me [that it is a success]. I’ve learned a lot and the line continues to evolve.”

Among the items are a banded-bottom polo for $60, chambray shorts for $60, a fedora for $42 and a color-blocked Windbreaker for $135. There are also lightweight sweaters, oxford shirts, swim trunks, espadrilles, a knit blazer and a duffle bag.

While he hopes that the collection will become permanent at some point, for now, the collection will be at Macy’s stores until the items are sold out. The inspiration, according to Seacrest, was the Olympics. “We looked at the rhythm, geography and color of Rio to come up with the pieces,” he said.