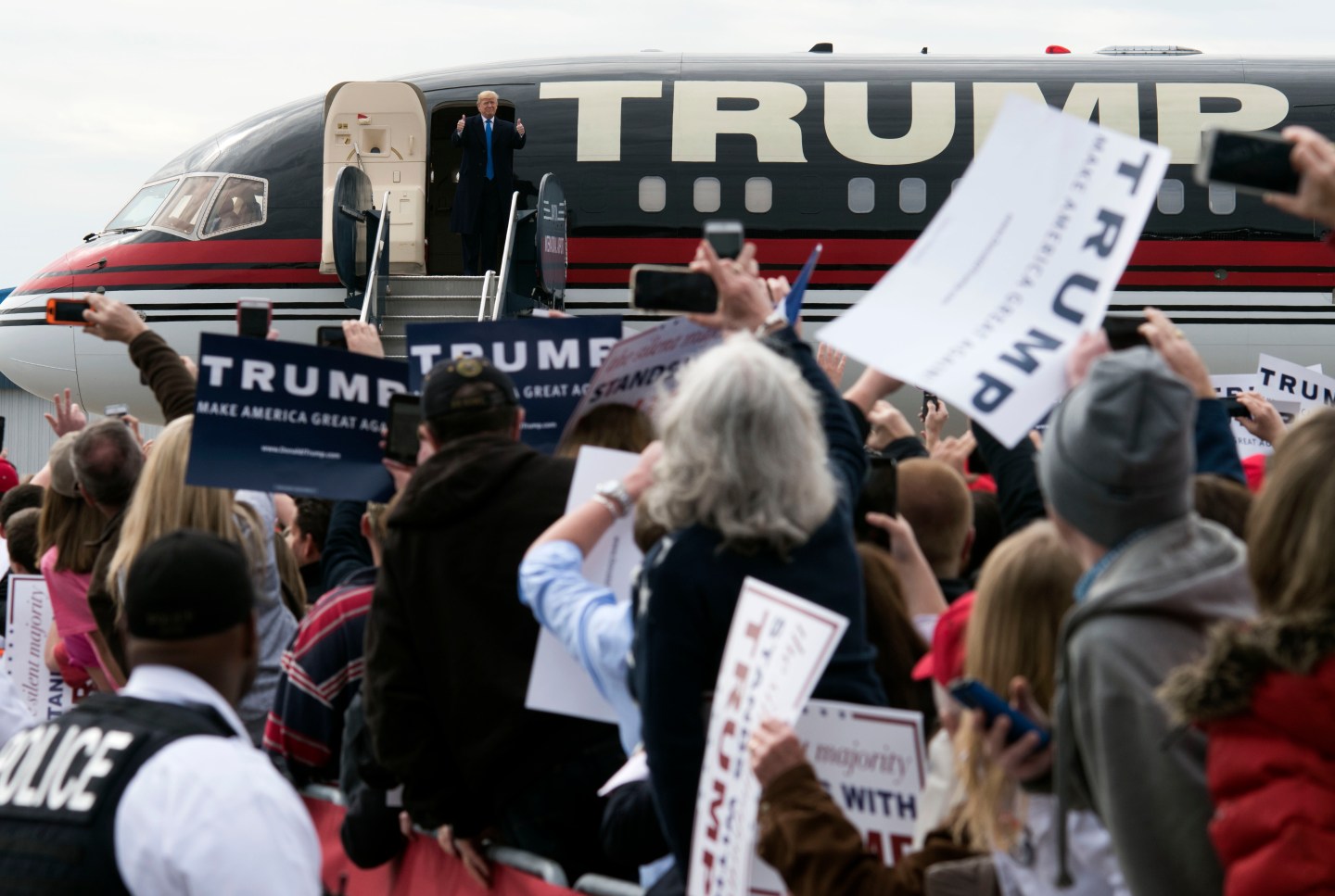 VANDALIA, OH - MARCH 12: Republican Presidential candidate gives a thumbs up to the crowd walking off his plane at a campaign rally on March 12, 2016 in Vandailia, Ohio. Today was the first rally after violence broke out in a Trump Rally in Chicago yesterday which canceled the rally. (Photo by Ty Wright/Getty Images)
Ty Wright — Getty Images

Advocates for private liberal arts colleges are becoming as politically isolated as moderate Republicans. (For better or worse, I am both.) Democrats want to ramp up huge taxpayer subsidies for public schools only, while Republicans like U.S. Sen. Marco Rubio want more welders and fewer philosophy majors. (I was one of those too.) Now Sam Clovis, Donald Trump’s education advisor, is also piling on, suggesting that federal aid should be restricted for any student pursuing an “esoteric” liberal arts degree.

So what exactly is this vilified academic pursuit? Derived from the Latin “liberalis” meaning “appropriate for free men,” the liberal arts were originated by the ancient Greeks and Romans to be offered only to the the upper crust of society. Servants and slaves were relegated to vocational and technical fields. (Women were completely left out.) Then, as today, the goal was to teach young people how to analyze ideas, and communicate them — skills that the ancient ruling classes wanted to keep for themselves and away from the rabble. What surer path to social upheaval than giving the hoi polloi the ability to think for themselves?

George Washington had a very different idea. When he helped found the school I now lead – Washington College – he wanted to promote the broad education of informed citizens, freeing new Americans to be active participants and leaders in civic life rather than obedient British subjects. Only thus, he wrote to our college’s trustees, could “the welfare of the State and the happiness of the People” be secured. Today, Washington College, and hundreds of other liberal arts schools, strive to do just that. We give our graduates analytical skills that will help them continually adapt to an ever changing global economy, while also a sense of their obligations to contribute and participate in our democratic society.

Far from the 16th Century French Art degree singled out by Clovis, 45% of degrees offered by Washington College last year were in business, the STEM disciplines, and economics – which by the way, IS a liberal art and also Trump’s chosen major in college. Yes, we also have English, Philosophy and (gasp) fine arts majors, yet they find good jobs in finance, technology or go on to graduate or professional schools. Given our status as the first school chartered under the New Republic, we offer strong programs in the study of American history, and our constitutional framework as well. But in these times of governmental dysfunction and growing political unrest, these are crucial disciplines that should be celebrated, not disparaged, as arcane “liberal arts.”

Trump’s advisor sets forth many good ideas for student aid reform, including radical simplification of the application process and “skin in the game” requirements for colleges. He is right that colleges should bear some of the losses if their student loans default. But if student defaults are his concern, why pick on liberal arts colleges? Private non-profit colleges have the lowest default rates – 7%, compared to 9% for public four-year colleges, 18% for for-profit schools, and 23% for public two-year institutions. Taking liberal arts colleges – and their good loan-repaying students — out of federal aid will raise the rate of student defaults, not lower it.

But most problematic is that his idea will effectively relegate access to liberal arts degrees to the wealthy elite, as it was in ancient Greece. Without access to federal aid, low-income students will have to forgo pursuing a liberal arts degree unless they are able to access scholarship money or worse, take out expensive non-federally-backed loans. But low-income, first generation students are exactly the kind of students who can benefit most from attending a small, liberal arts school. We offer small classes, taught by a tenured or tenured track full-time faculty member, and extensive academic and social support services. And they will graduate with thinking and communication skills that will last them a lifetime, not technical skills that will become obsolete in a few years.

Finally, for a candidate already viewed with strong suspicion by market-oriented conservatives, this idea represents a troubling “nanny state” attitude toward young people — as if the government knows better than they do which course of study they should pursue. Why not, as Jeb Bush proposed, simply give all young people access to a certain amount of federal aid and let them – working with their parents and high school counselors – decide whether they want to attend a for-profit, non-profit, public, private, technical or liberal arts school? One of the many strengths of the U.S. system of higher education is the rich diversity of choices it offers. It should be preserved, not undermined by the government arbitrarily dictating which kinds of study should and should not receive federal support.

To the extent any school is doing a bad job of preparing its graduates to be good stewards of their taxpayer loans, it should be held to account by absorbing some portion of loan default losses. That would be a much better solution than government dictates confining liberal arts to the wealthy elite.

Sheila Bair is the President of Washington College. Her previous positions include Chair of the FDIC, Senior Vice President of the NYSE, and Dean’s Professor of Regulatory Policy at the University of Massachusetts.