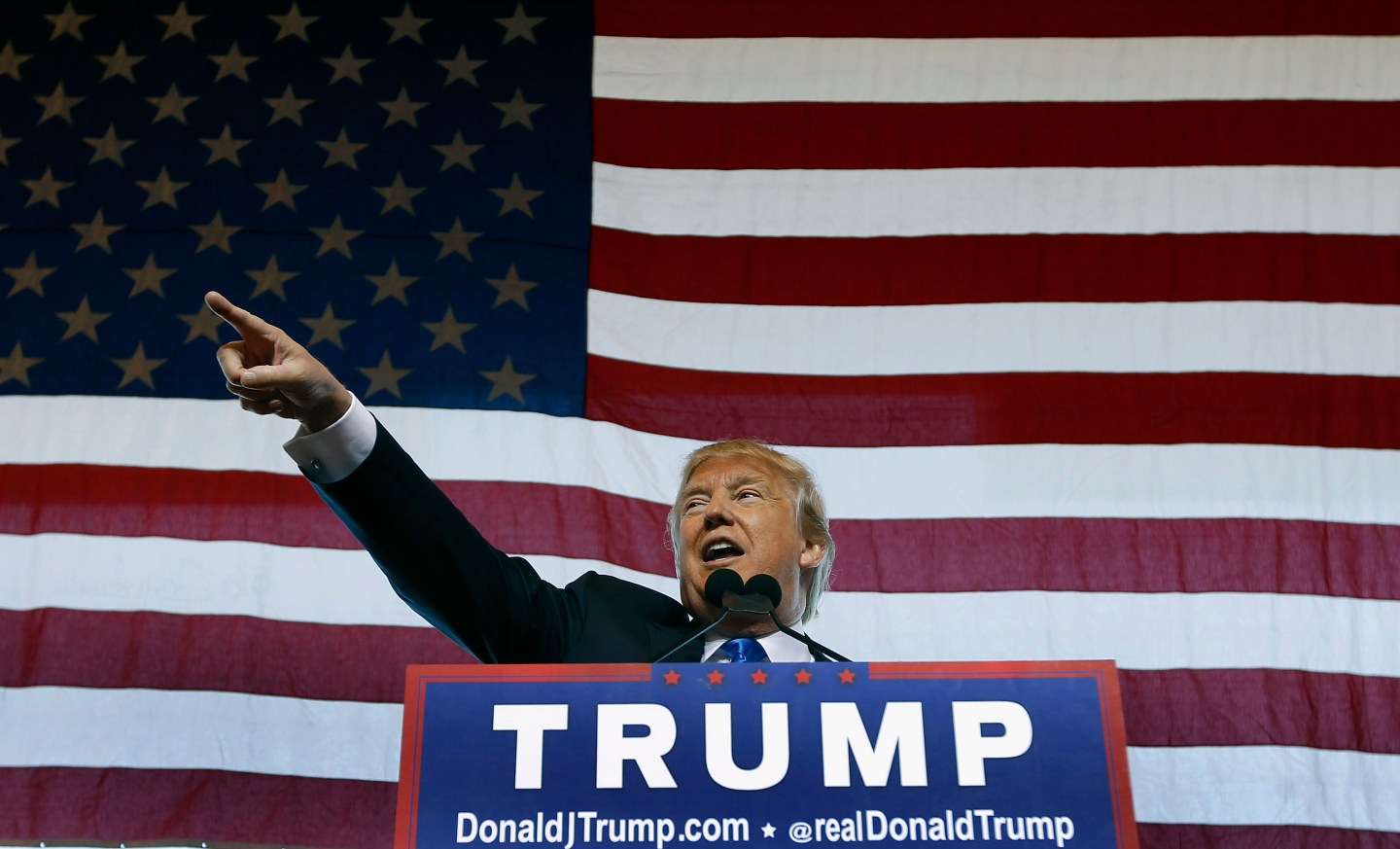 Throughout the recent primary campaign, Donald Trump has bragged about how he was self-funding his efforts. But then after he became the presumptive choice, Trump said he’d accept donations for the general election. Turns out he probably couldn’t have self-financed it, even if he’d wanted to.

An analysis from the Wall Street Journal finds that Trump doesn’t have enough cash to pay for a tough general election campaign. A financial disclosure the candidate filed last year showed liquid or near-liquid assets of around $232 million. The Journal estimatesTrump’s 2016 income will be around $160 million. That’s a lot of money, but considering that in 2012 Barack Obama spent more than $700 million and Mitt Romney more than $400 million, Trump would probably have run out of cash well before November had he tried to go it alone.

Trump’s campaign didn’t offer much comment to the Journal, but campaign spokeswoman Hope Hicks did say, “The income number is wrong by a lot, but Mr. Trump said, ‘Who cares—it doesn’t matter.’ ”

Requests for comment on the story from Fortune were not immediately returned.

Once the general election begins, Trump will also start getting money spent for his campaign by the Republican National Committee. And at least one Republican megadonor joined Trump’s side recently—casino billionaire Sheldon Adelson.