What OPEC Has to Fear From the New Saudi Oil Minister 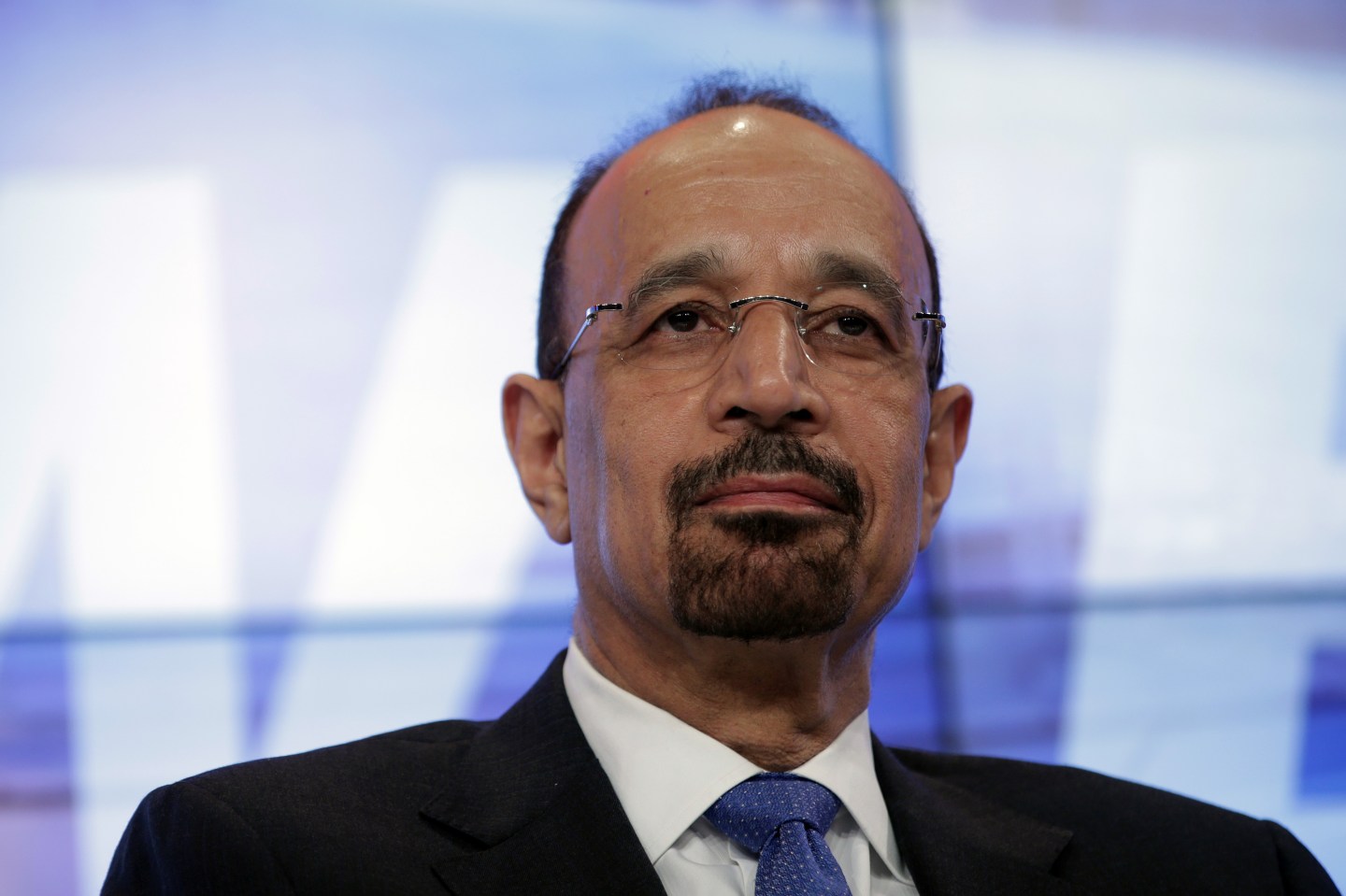 In a surprise move, Saudi Arabia sacked its long-time oil minister over the weekend, an event that illustrates the near-total control that the new young Saudi prince has obtained over the country’s energy industry.

For many years, Ali al-Naimi, the outgoing Saudi oil minister, was the voice of Saudi Arabia’s oil industry and policy. Even seemingly insignificant remarks from al-Naimi could move oil prices up or down. But the 80-year old oil minister has seen his power eclipsed by the 30-year old Deputy Crown Prince Mohammed bin Salman. In April, when al-Naimi was forced to backtrack on the Doha oil freeze deal, reportedly at the behest of the Deputy Crown Prince, it was clear that his time at the helm was coming to an end.

Over the weekend, al-Naimi was pushed out in favor of Khalid al-Falih, the head of the state-owned oil company Saudi Aramco. The swap was expected and had been previously announced, but the timing came as a surprise. The move leaves the Deputy Crown Prince with undisputed control over Saudi Arabia’s energy strategy, as well as its broader economy. Prince bin Salman has spearheaded a historic initiative to wean the nation from its dependence on oil revenues over the next decade and a half. His “Vision 2030” for the country calls for a partial IPO of Saudi Aramco, using proceeds to setup the world’s largest sovereign wealth fund in order to invest in sectors of the economy not linked to oil. He also is seeking to raise revenues from other sources besides hydrocarbons, implementing new taxes for the first time.

As for oil policy, however, the ouster of al-Naimi probably does not change much. If anything, it confirms that Saudi Arabia will continue to fight for market share, keeping production elevated in order to bankrupt high-cost producers such as U.S. shale.

And why should Saudi Arabia or OPEC change course? Saudi Arabia decided not to reduce production in the face of oversupply in late 2014 – a strategy, it should be noted, that had the backing of al-Naimi – and while it has taken much longer than expected, forcing prices to crash due to high levels of output is finally beginning to bear fruit. Some sixty-odd U.S. shale companies have declared bankruptcy and U.S. oil production is down almost 800,000 barrels per day from a year ago. More declines are forthcoming. Other non-OPEC oil producers are also reporting declines in output. Production cuts from OPEC would only throw a lifeline to these struggling high-cost producers, a move that would make little sense from the Saudi point of view.

While there may not be noticeable shifts in oil strategy because of al-Naimi’s departure, one thing that is clear is that decision-making is now concentrated in the hands of Prince bin Salman. The new oil minister, al-Falih, is a close ally of the Deputy Crown Prince. He will also travel to Vienna with less influence over fellow OPEC members as his predecessor. Al-Naimi had strong relationships with energy officials from other countries, often able to cobble together a consensus from governments that did not necessarily like each other. It is unclear if al-Falih will be able to do the same.

Ali al-Naimi was also sympathetic to the concerns of other OPEC member nations in regards to low oil prices. Venezuela and Nigeria, among others, pressed hard for production cuts, or at a minimum, a freeze in output. Al-Naimi was open to this avenue, but Prince bin Salman is more hawkish, and seems to be much more content with a period of low oil prices. Naimi was able to countenance coordinated action with OPEC and non-OPEC producers, including Russia. The young prince is taking a tougher line, particularly when it comes to Iran. In fact, many view his opposition to a deal in Doha as at least in part motivated by the Saudi geopolitical rivalry with Iran.

“Mohammed bin Salman has changed everything,” Helima Croft, head of commodities strategy at RBC Capital Markets, told the WSJ. “He doesn’t feel the economic burden to have to cooperate with OPEC.”

In his first statement as the new oil minister, al-Falih said that Saudi Arabia will “remain committed to maintaining our role in international energy markets and strengthening our position as the world’s most reliable supplier of energy.”

The remarks suggest that Saudi Arabia will keep its oil production elevated, or even increase output, for the indefinite future. Saudi Arabia recently sold oil cargoes on the spot market, and as the WSJ reports, the move is significant because it stands apart from the typical approach of selling through long-term contracts. Citigroup interpreted the sale as a sign that Saudi Arabia was looking to ramp up production by some 500,000 barrels per day because spot market sales are easier to pull off in the short-term.

Crisis In Venezuela – A Lesson From Saudi Arabia

Coal May Survive, But Its Profitability Is Dead

Can Iran And Saudi Arabia’s Production Claims Be Believed?

In summary, although the removal of Ali al-Naimi injects uncertainty into the oil markets, the ascendance of the Deputy Crown Prince likely means Saudi Arabia is doubling down on its strategy of pursuing market share.