Why Germany Is Paying People to Use Electricity 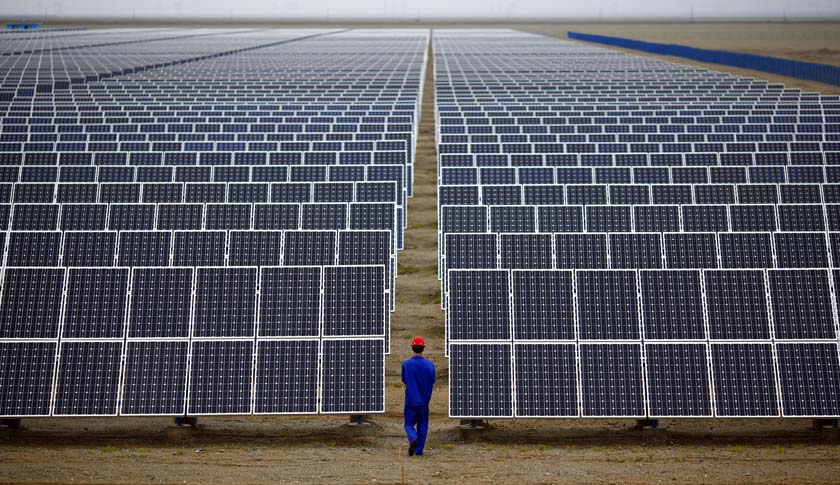 A worker inspects solar panels at a solar Dunhuang, 950km (590 miles) northwest of Lanzhou, Gansu Province September 16, 2013. China is pumping investment into wind power, which is more cost-competitive than solar energy and partly able to compete with coal and gas. China is the world's biggest producer of CO2 emissions, but is also the world's leading generator of renewable electricity. Environmental issues will be under the spotlight during a working group of the Intergovernmental Panel on Climate Change, which will meet in Stockholm from September 23-26. REUTERS/Carlos Barria (CHINA - Tags: ENERGY BUSINESS ENVIRONMENT) - RTX13UEF
Photograph by Carlos Barria — Reuters

On Sunday, May 8 Germany produced so much electric power that prices were actually negative. As in, customers got paid to use the electrical system.

The crazy high energy production was due to an especially sunny windy day in the European nation, meaning that wind farms and solar panels were able to make even more renewable power than usual, reports Quartz.

In total, 87% of the power produced in Germany was made at solar, wind, hydro and biomass plants during that day. The average percentage last year was 33%.

“We have a greater share of renewable energy every year,” said Christoph Podewils of Agora, a clean energy think tank in Germany, to Quartz. “The power system adapted to this quite nicely. This day shows again that a system with large amounts of renewable energy works fine.”