Bolt Threads Will Bring Its Spider Silk Fabric to Patagonia 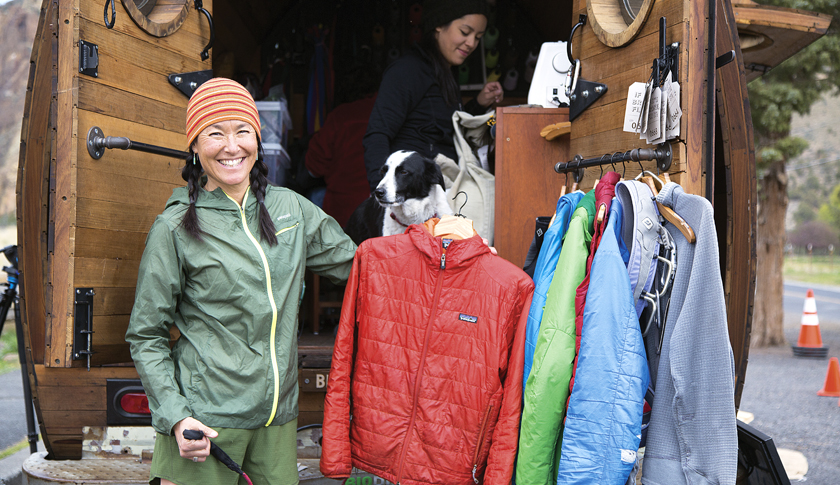 Buying a jacket made from spider silk may be a reality soon. Bolt Threads, a startup that creates spider silk, is announcing a deal with Patagonia to further develop the company’s fabric. The financial terms of the deal were not disclosed by either company.

Bolt Threads was founded by three PhD students in 2009 who sought to create spider silk without using actual spiders. The idea was to create a man-made silk from the protein fibers in the webs spun by spiders because this silk is known to be five times stronger than steel—and even tougher than man-made fabric Kevlar.

The startup’s pattern design uses proprietary technologies to create engineered silk fibers based on proteins found in spider silk that can be produced at commercial scale. At a scientific level, Bolt actually examines the DNA of spiders and then replicates those genetic sequences in other ingredients to create a similar silk fiber. Bolt’s silk is made primarily of sugar, water, salts, and yeast, which combined forms a liquid silk protein. Through a process called wet spinning, this liquid is spun into fiber, similar to the way fibers like acrylic and rayon are made.

There’s a reason why companies like Patagonia are interested. Bolt’s fabric has similar qualities to conventional silk in that it will provide warmth and a softer feel, but it should be easier to wash and wear. For example, you won’t have to dry clean Bolt’s silk because it will have the durability to be washed in a machine.

For more on retail, watch this:

Along with the Patagonia partnerships, Bolt is also announcing a new round of funding. The startup has raised $50 million in Series C funding, led by Formation 8 with new investors Innovation Endeavors and Nan Fung as well as participation from existing investors Founders Fund, Foundation Capital, Alafi Capital, and East West Capital. This brings the company’s total funding to $90 million.

The new funding will be used for hiring and to scale manufacturing of Bolt Thread’s fabric.