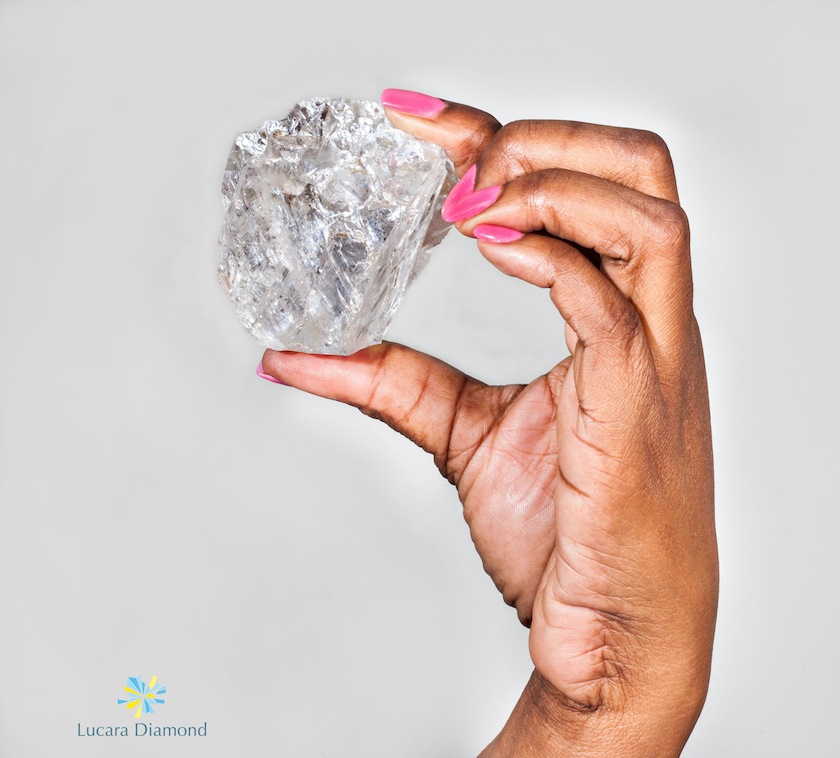 An 813 caret diamond has sold for $63.1 million to a Dubai-based firm, setting a new record for the highest price ever achieved for a rough diamond.

Canada-based Lucara Diamond said it would retain a 10% interest in the net profit received from the sale of the resultant polished diamonds from the stone. It has called the diamond “The Constellation.”

The sale of The Constellation comes almost six months after it was discovered in Lucara’s Karowe mine in Botswana. The discovery of the diamond was so significant that Lucara hosted a conference call.

A day before The Constellation was found, Lucara announced it discovered an even larger, 1,109 carat diamond it is calling Lesedi La Rona. That diamond is expected to go on sale at Sotheby’s (BID) in London on June 29.

The Constellation’s sale was for $77,649 per carat, a strong price despite broader malaise for the rough diamond market. As Bloomberg notes, sales of the world’s largest and rarest diamonds continue to perform well despite slumping prices for diamonds in recent months. The Wall Street Journal also weighed in on the diamond market today, reporting top-quality stone prices have tumbled by as much as 80% in real, inflation-adjusted terms over the last 30 years.

But notably, the buzz generated by the Lesedi La Rona could prove irresistible to potential buyers, It is the world’s second-largest gem-quality diamond ever recovered. The largest diamond was found in 1905 in South Africa. Called the Cullinan, it was later cut into nine large stones and about 100 smaller ones.