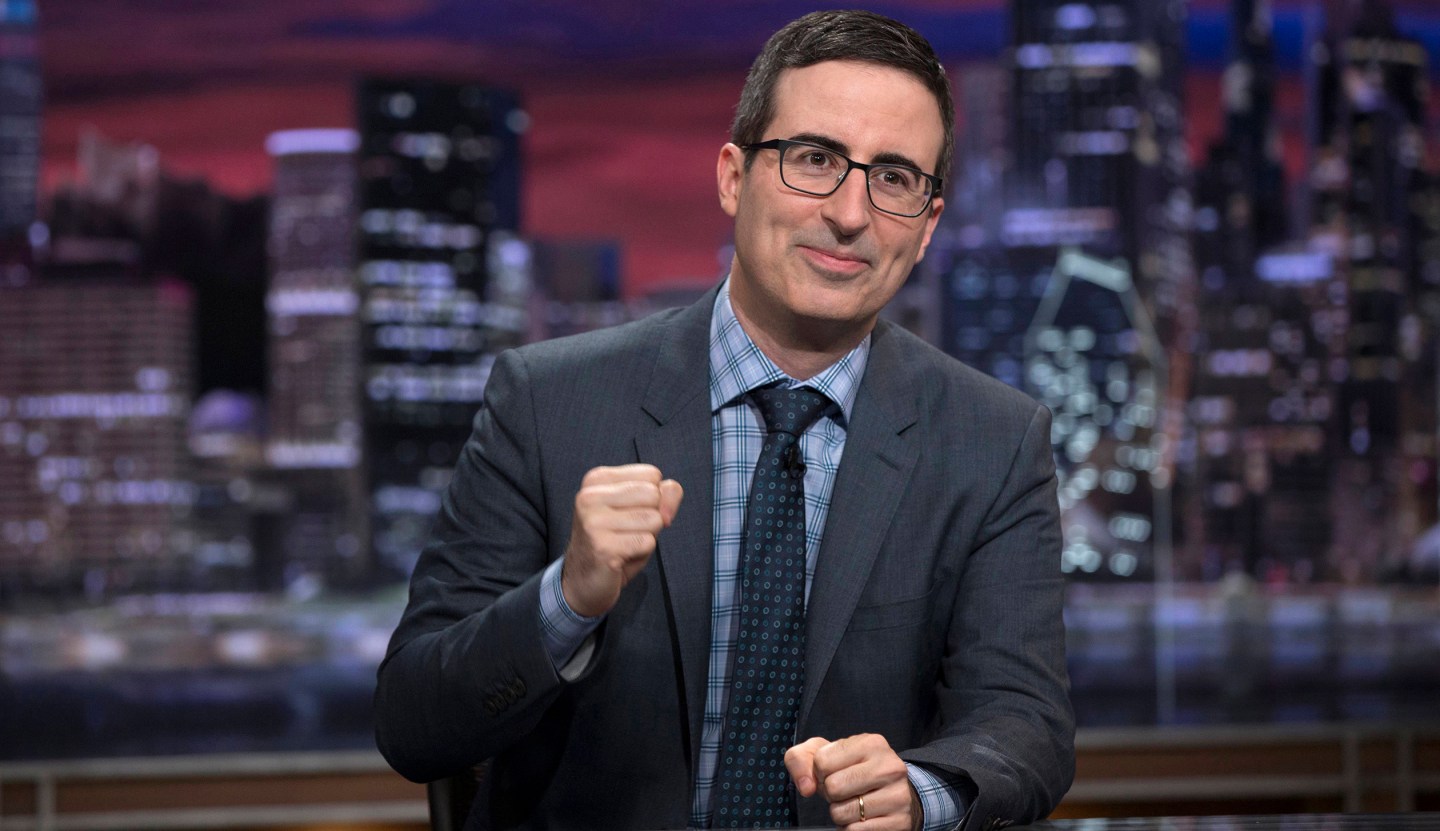 HBO’s John Oliver has spent much of the past few months putting Donald Trump firmly in his comedic sights. But, the Last Week Tonight host took aim at another presidential frontrunner on his show this weekend.

On Sunday, Oliver devoted the opening segment to roasting Rodrigo Duterte, who is expected to win the presidency in today’s election in the Philippines. Numerous publications have described Duterte as the “Filipino Donald Trump” because of his tendency to make controversial remarks along with extreme campaign pledges, such as promising to kill off the country’s criminals.

After mocking the presumptive GOP nominee, Trump, as a “sentient circus peanut,” the comedian launched into a segment about Duterte in an attempt to offer “some perspective from the Philippines” to anyone who may be disappointed by the state of the current U.S. election. Oliver started the segment with an Al Jazeera news segment on Duterte at a recent mass wedding in which the mayor offered himself to the brides as a wedding “gift” before making a crass homophobic joke.

“That’s just the tip of the iceberg,” Oliver said on his show. “Duterte routinely kisses his female supporters, once called the pope ‘a son of a bitch,’ all of which has earned him a reputation as the ‘Trump of the East.'”

Oliver went on to claim that Duterte seems to be “trying to test the limits on basic human decency,” noting the mayor’s pledges to kill more criminals while also calling out Duterte for a recent comment he made in reference to the 1989 rape and murder of an Australian missionary in a Davao jail. Duterte, who was mayor at the time of the incident, said last month: “I was angry because she was raped, that’s one thing. But she was so beautiful, the mayor should have been first. What a waste.”

Oliver called Duterte a “monster” before noting with some disbelief that the mayor’s actions and comments have not cost him any ground in the Philippine election, where he holds a strong lead at the polls.

Oliver ended the segment with another jab at Trump, showing an image edited to look like Trump shaking hands with Duterte, with Oliver joking that Duterte’s polling lead “isn’t just terrifying for the Philippines, because it means that in just a year’s time we could be treated to this as an official state visit.”